Point Taken: The past, present and future of the COVID era 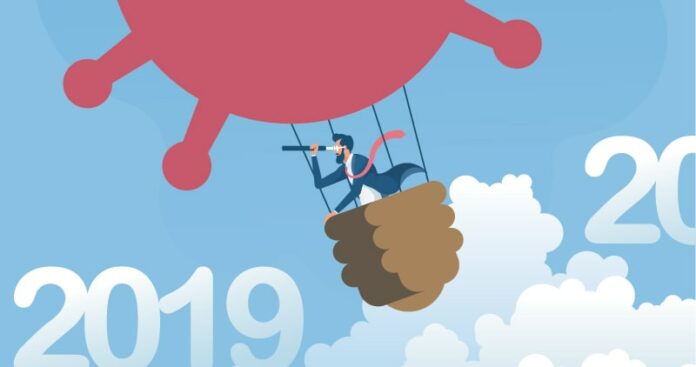 A gray blur, with craziness to spare.

I started writing for this magazine in the summer of 2018. It feels like a long time ago.

I decided to go back three years and read back the run-up to the COVID era. I discovered that I’d forgotten a lot. Maybe I wasn’t paying close attention. I had just retired. There was a lot of paperwork.

I forgot people were opening up cat cafes. One in Chapel Hill was going to be the fifth in North Carolina.

I forgot that in the summer of 2018, what steamed people were lines at the DMV to get the Real ID, which was a new driver’s license that would verify identity to board a plane, among other security protections. “Better hurry up and get that Real ID. Don’t wait until the last minute.” Then COVID hit, and the October 2020 deadline went away, and then they said, “Well we’ll give you until October 2021.” Not long ago, the deadline was changed to May 2023. It wouldn’t surprise me if that slips, too.

If you have a really good memory, you may recall that in early August 2018, the National Oceanic and Atmospheric Administration was saying that the updated forecasts showed a less active hurricane season was likely. In September, Hurricane Florence drowned our crops and turned Wilmington into an island. Construction crews are now rebuilding Marine Corps installations along the state’s coast at a cost of more than $3 billion, spread over five years.

The hot local company in 2018 was Epic Games in Cary, a few exits down Interstate 40 from Research Triangle Park.

A lot of us older folks didn’t know much about Epic, even though it had been here since 1999. Then Fortnite became one of the world’s most popular video games by mid-2018, and the company raised $1.25 billion from investors. That made the company worth $15 billion and Epic CEO Tim Sweeney a billionaire. It was the largest fundraise from venture capitalists in 2018 and a record for North Carolina.

Epic has since had another billion-dollar round of investment and is now worth an estimated $29 billion. It is hiring thousands more employees and will build a new headquarters on the shuttered remains of Cary Towne Center shopping mall. It also decided to sue Apple, alleging that the app store is a monopolistic racket. A lot has happened in three years.

Speaking of Cary Towne Center, it was a hugely popular mall anchored by department stores that got hammered by Amazon and the rest of the internet. Being in a fast-growing, affluent Raleigh suburb didn’t save it. Its last hope was Ikea.

When Ikea announced in 2017 that it was coming to Cary, it was front-page news. A year later, it canceled the store, deciding that big boxes in the suburbs were not its future. In 2018, chain stores were already seeing a difficult environment. The pandemic just made the future happen sooner: Belk, J.C. Penney, Neiman Marcus, Stein Mart and Pier 1 Imports went into bankruptcy. Brooks Brothers closed its factory in Garland. Kmart closed its last North Carolina store in Kill Devil Hills. It’s been a rough few years for retailers not named Amazon.

Even Wegmans supermarket chain had to adapt. Remember the Wegmans buzz? In the fall of 2019, the opening of its first North Carolina store in Raleigh was a huge event. About 3,000 folks were in line at 7 a.m. on a Sunday, and 30,000 people walked through the store that day. People started showing up Saturday night to tailgate. The crowd set a Wegmans record to see the epitome of grocery shopping as an experience. Six months later, we were experiencing Instacart deliveries to our garage, hailing the drivers from a social distance.

Wegmans opened a Wake Forest store in mid-May, its fourth in the Triangle, but has canceled the second Cary location. A Holly Springs store seems to be in the cards, but everyone in the supermarket world is watching to see what the past 15 months has done to the business model.

Before COVID hit, every week there was a new project being announced in the Triangle. Raleigh has a presentable skyline, but nothing as grand as Charlotte. When someone puts up a tall building here, we crane our necks and go, “Wow-ee.” Well, there are a bunch of big buildings here still in the works. But some of these are on hold.

You need confidence to be a developer, a Steve Jobs-like reality distortion field.

If 20% of all workdays are going to be spent at home, as a recent study argues, that could be a problem for some towers, not to mention the 60 million square feet of office space already being leased in the Triangle. The counterargument is that Raleigh, Durham and Cary are still going to grow — 3,000 employees are coming to RTP with Apple’s planned campus, and Google is building an engineering hub in Durham with 1,000. We will see who is right soon enough in vacancy rates and Class A rents.

I have gotten so used to life in the virus that I had forgotten what it was like in January, February and early March of 2020. When I went back to review, it was like one of those apocalypse films: troubling, foreshadowing signs of volcanic, seismic or West Antarctic ice sheet activity worrying experts.

A few days after the New Year 2020, there was a story on Page 6C of the paper — where apocalypses first tend to reveal themselves. It said Hong Kong was going to a “serious response” level because travelers were coming back from the mainland with a mysterious infectious disease. Two weeks later, U.S. airports were reported to be screening travelers from China.

In late February, it was as if a switch had been thrown. A North Carolina case was confirmed when the state lab started testing in the first week of March. At that point, the lab had enough supplies from the CDC to test about 150 people.

Hand sanitizer, masks and paper products were vanishing from shelves. Big conferences were being canceled. Unfortunately, the late February Biogen conference in Boston sent COVID back to RTP.

Companies were discussing whether to send their folks home, and the governor was declaring a state of emergency. For me, what brought home the crisis was when Duke University President Vincent Price told the ACC on March 12 that the Blue Devils would not be playing N.C. State in a quarterfinal game, citing health concerns. That ended the 2020 ACC Tournament and, for that matter, March Madness.

WE HAD CRAZINESS TO SPARE, ANYHOW

Over the next two weeks, restaurants became takeout only; bars, hair salons and gyms closed. Amazon was hiring 175,000 workers nationally because its warehouses were slammed. That showed up in Garner, where a new distribution center that had been announced for 1,500 employees in 2018 took on 3,000.

We weren’t ready for the pandemic in so many ways, but digital have-nots suffered in particular. When we sent kids home in rural areas, many were living in broadband deserts. Kids were in cars in school parking lots next to buses rigged for Wi-Fi. A Stokes County funeral home let students come in to use its network. Teachers were sending lessons home on flash drives.

By last fall, a few signs of normalcy appeared; you had to squint because the news was still all COVID and elections. In early October, movie theaters reopened. In November, the first international flight left Raleigh-Durham International Airport since March, to Cancun, Mexico. (The longer runway for nonstop Asia flights was grounded.) Schools were beginning to schedule proms, but they would be outdoors in Johnston County.

These developments were overshadowed by the holiday spike in cases, which set a state record on New Year’s Day 2021, with 9,527 reported cases with a 15.5% positive rate. But people got distant again, and vaccines arrived. By early March, daily cases dipped below 1,000, the lowest since September. Companies were talking about making plans to bring people back to the office. It will be complicated.

A MONDAY IN SEPTEMBER

The past 15 months have been the same grim thing over and over, a Groundhog Day of waiting for shots and herd immunity. Some things stood out, but mostly it was just a gray blur.

One thing will stick with me from last September. A deputy fire chief in my town of Clayton passed away of complications from COVID. Jason Dean was 42. Folks honored Dean with a parade. On the Monday morning after his passing, locals came out to stand on Main Street and on U.S. 70 Business to watch a long, slow procession of firetrucks, American flags planted on the roadsides and hanging from ladders up high. Masked firefighters from all over in uniform saluted as the casket went by.

It was a reminder of something I took for granted back in the long-ago days of 2018 and 2019, something we hadn’t been able to do publicly, in person during the pandemic — mourn the departed.
I will remember that sad, dignified small-town parade. ■