Point taken: The eyes have it 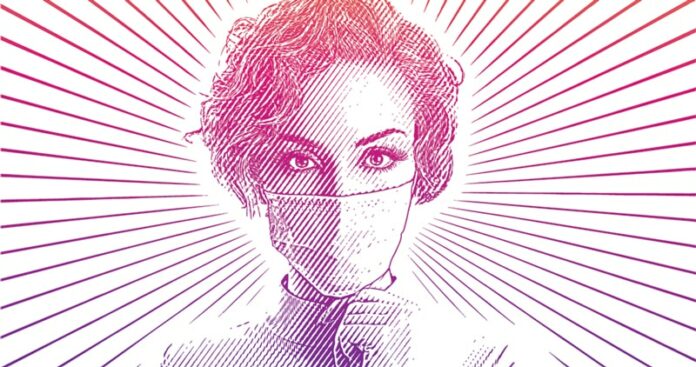 Communication becomes more effective when people look directly at each other.

Around 45 years ago, Steven Beebe was a graduate student in speech communication. He had been taught the importance of good eye contact in effective public speaking. But he couldn’t find if anyone — going back to Aristotle — had ever really tested this hypothesis.

His field was evolving from rhetoric into a more empirical discipline based on social science methods, so Beebe created an experiment with different groups of students watching a speaker deliver the same speech but with varied eye contact, vocal inflection and posture.

What he found formed the basis of his dissertation. The more eye contact, the higher the speaker’s credibility and the greater the audience’s understanding. He tested the students for comprehension with a multiple-choice quiz.

“The best predictor of comprehension and credibility,” Beebe told me recently, “is eye contact.”

“If you can’t do anything else — at least for North Americans, because different cultures have different expectations — eye contact is the best single nonverbal cue.”

Beebe is retired after a lengthy career at Texas State University, a 38,000-student campus halfway between Austin and San Antonio. A leading communications scholar, his textbooks are used at universities around the world, including in a communications class I teach at St. Augustine’s University.

I tell my students calculus may be important to them — who can say? — but being good at communicating will absolutely help their careers and personal lives. I tell them, “Don’t take my word for it.” Midway through my first class each semester, I put up a PowerPoint slide of Warren Buffett, one of the wealthiest people on the planet.

Buffett says the easiest way to make more money is to improve your communication skills. Learn to communicate better one-on-one, learn how to speak effectively to a group, and to communicate well in writing. I tell them they may gross about $2 million by the time they retire. Buffett says they will make at least 50% more if they improve their communication skills now. So, I tell them, it is worth $1 million more over the course of their careers if they get good at communicating, and it starts with this class. They perk up.

Beebe had his own approach. He would tell his students that he knew what each one of them would be doing the rest of their lives, which would bring startled looks.

“You’ll spend 90% of your time communicating,” he would say. “I don’t know what you’re going to be communicating about, but that’s the bulk of what our professions are about.” Speaking and listening. Trying to relate to people. Writing emails and memos.

People who are good at communicating are less wrapped up in themselves, more attuned to others. They have empathy. They study faces, which reveal much. They follow communications norms: one person talking at a time; looking at someone when they are conversing. They understand that there’s a lot of emotional noise that makes communication as clear as a fast-food intercom.

Perhaps the most important skill is the ability to listen. However, one survey cited by Beebe found CEOs reported that fewer than 30% of their staff were good listeners. Imagine how much waste and customer unhappiness could be eliminated with a greater focus on listening.

Try to maintain eye contact while listening. It is hard. And if you really want to impress someone, bring up something they said a week ago. I tell my students to write on an index card what they learn from conversations over a couple of days, when they truly bear down on listening. You can learn a lot.

In hiring and promoting, organizations focus on determining what traits make for good leaders. They often undervalue the crucial one. “The single best predictor,” Beebe says, “of whether a person is going to be a good leader is their ability to listen.”

I tell my students that when they go out in the workforce, figure out their supervisor’s listening style, because people are different. The safest approach is to assume the boss is an analytical listener who wants facts to be well-organized.

I also tell them that because of globalization, it is likely that some of them will be interacting with folks on different continents with their own culture-specific communication rules, and they should learn enough to adapt.

In the course of a semester, I cover ground that sounds like management training, but that’s because managing is communicating. I talk about some things that I have learned on the job:

► People will listen to you and follow your leadership if you communicate respect in what you say and how you listen. If folks aren’t sure if they are respected, it is harder for them to listen. Mostly, they stay in a defensive crouch, waiting for criticism. If they feel respected, they can focus on the message. Supervisors often need to offer what is euphemistically called “constructive criticism,” and if the recipient believes that there is underlying respect, they will be more likely to receive it better than if they don’t feel respected. I had a boss who could pretty much tell me anything because he communicated criticism with the same tone, volume and facial expression that he used when he was delivering praise. I could focus on the message because his face wasn’t scrunched up and smoke wasn’t coming out of his ears.

► I tell my students that a lot of their work will be done in groups, solving problems and on projects. These teams will have meetings. The team leader’s job is not to be the smartest person in the room. It’s to make sure the smartest person in the room feels comfortable speaking and isn’t talked over. The leader also has to make sure that difficult team members’ attitudes are channeled into less-toxic behavior. Typically, companies with a bad communications culture see it in their meetings and teams.

► Honesty is the most effective communications approach, at all levels of leadership. That is particularly true when things aren’t going well. People can take bad news. What makes them crazy is when they aren’t being told anything.

I had a boss who had regular, all-hands staff meetings, and he would give honest assessments of how it was going, particularly with the financials. This would drive some other department heads crazy, because they weren’t being candid with their own folks. Because bad news hops over department walls, they were getting questions. My boss’s feeling was that he wanted to prepare his people for pay freezes or furloughs, and not have them be a big surprise.

He also made a lot of eye contact around the room during staff meetings, and people believed him, in good times and bad. ■