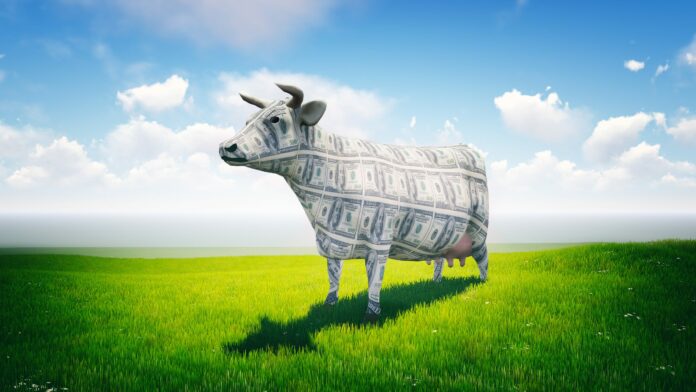 In September, the Golden LEAF Foundation in Rocky Mount announced a site development program to help rural counties and towns identify and prepare locations suitable for new industry. The foundation’s board committed $10 million for the first year.

It didn’t make the splash that some higher-profile Golden LEAF announcements make, like when it gave $45 million to help fund the new plant sciences building at N.C. State University. Or when the foundation committed nearly
$50 million to help North Carolina land the Toyota battery plant announced in December. Or $12 million for a bridge across the French Broad River that helped attract an 850-employee Pratt & Whitney factory in Asheville.

This was more like the lower-key but strategic investments that Golden LEAF has been making for two decades, distributing more than $1.1 billion through nearly 2,000 grants, helping to create 65,000 jobs, $695 million in new payroll, and the training or retraining of 85,000 workers. The foundation awarded nearly $46 million in grants in the year ended June 30 for 53 projects in 34 counties.

The foundation’s emphasis has been on significant N.C. projects and programs that are going to create jobs and thrive long after Golden LEAF’s dollars are deployed.

LEAF stands for “Long-term Economic Advancement Foundation.” A generation ago, nearly half the states sued the big tobacco companies to recover health costs associated with smoking. A settlement was reached in 1998. The companies would pay the states billions for decades, and North Carolina, a leading tobacco state, got its first check in December 1999.

Each state handled the money differently. North Carolina set up Golden LEAF to manage half  of the settlement. The goal was to build an investment fund whose annual earnings could fund grants aimed at rural counties, particularly those impacted by the decline of tobacco. Board chair Bill Friday, the retired UNC System president, announced the first grants in 2000. At his urging, money was set aside for college scholarships, leading to $55 million for more than 25,000 students from rural counties.

Golden LEAF has received about $1.1 billion in tobacco settlement money over the years. In 2011, the state was having budget problems, prompting the legislature to cut off the tobacco settlement money going to the group. It has since restored $17.5 million annually, significantly less than it once received. But that’s become less of a big deal. Though it has distributed more than $1 billion, Golden LEAF’s endowment increased to nearly $1.4 billion by mid-2021 as its investment portfolio chalked gains.

“All these other states put [their settlement funds] in the middle of the state budget,” says Dan Gerlach, who was president of Golden LEAF for 11 years and is now a private consultant. “It’s gone. It’s nowhere to be found.”

Many Republican lawmakers, when they came to power a decade ago, viewed the foundation as a Democratic pork-barrel machine. Conservatives criticized the foundation’s $100 million investment 13 years ago in a state-owned facility to house Wichita, Kan.-based aviation manufacturer Spirit AeroSystems at the Global TransPark in Kinston. Expected to employ more than 1,000 employees, Spirit had about 400 in mid-October.

This tension lessened as Republicans added their own board appointees, including Raleigh retailer and conservative leader Art Pope. Lawmakers witnessed the foundation’s response to a ruinous run of disasters: Hurricanes Matthew, Florence, and Dorian and then COVID. When the legislature sought help in distributing relief funds, it tapped Golden LEAF to administer $114.5 million in hurricane aid and $83 million in federal stimulus money. The latest state budget appropriates $35 million to the foundation, including $25 million for flood mitigation and $10 million for food bank partnerships.

Golden LEAF has become a key institution in rural North Carolina. Rural counties, which make up most of the state’s land area, have been in decline as the tobacco warehouses, furniture plants and textile mills closed. More than 60 mostly rural counties face shrinking workforces this decade if trends continue. They need new companies to keep and attract younger generations, which brings us back to the site program.

Attracting companies to rural areas involves various strategies. You can focus on building a better-educated, larger workforce. You can offer generous incentives to bring businesses down from Connecticut. But these strategies don’t come into play unless there’s somewhere to put factories. This is the mundane reality of economic development: companies are impatient. They want to execute their plans quickly at “shovel-ready” graded land that they can build on or move into existing shell buildings. Right now, they want water, sewer, power, roads and no environmental problems.

This is what the economic development crowd calls “product,” sites that are good to go. For poor, rural counties, developing product can be overwhelming.

This is what Golden LEAF officials, including new president Scott Hamilton, heard in 2020 when they started working on a five-year strategic plan. One urgent message from across the state was the need for immediate help in creating product. Two of the plan’s five strategic priorities addressed this issue: Improve the competitiveness, capacity and vitality of targeted communities, and increase job creation and economic investment in rural, distressed, tobacco-dependent communities. So they decided to do something to help.

The new site program awarded about $5 million in December and will distribute another $5 million early this year.  It’s not a ton of money, but it’s a start. “We think it looks really good on paper,” Hamilton says. “Let’s find out how it works.”

Eleven of the 19 applications received last year were funded by the program, which has three parts. The first is site identification because “some rural counties are going to say, ‘We don’t even have a site,’” Hamilton says. With all the talk about what can be done to help rural communities, it seems the first rung is often missing.

Another category is due diligence. The county may have identified sites, but further work is needed to check environmental problems, topography, and power, water and sewer capacity.

Then there’s the third part: site development.  “A community may say we’ve done all that, but it would be really good if we could get this site cleared or grubbed, and maybe a little rough grading on it,” says Hamilton. When prospects come for a visit, he wants them to see more than stumps and scrub.

“We can then also extend water, sewer to it. Or we might be able to punch a little driveway into the road, so that when the consultant comes, they don’t have to pull onto the curb and hope they don’t get hit by a passing car.”

Hamilton worked as an economic developer in Henderson and Caldwell counties before becoming executive director of the multistate Appalachian Regional Commission.

Golden LEAF is more likely to fund infrastructure if a county can show that there is interest from companies, including how many inquiries have been received. That’s what Hamilton wants to know.

The foundation also wants to know that there’s a marketing budget. There’s no sense finding, vetting and prepping a site if the locals aren’t going to beat the drum.

The state has other players in rural site development. The N.C. Department of Commerce has a Rural Economic Development Division that provides technical and financial support for site infrastructure. The division, in conjunction with the Rural Infrastructure Authority, awarded $28.4 million in grants in 2021, according to spokesman David Rhoades. One example is a $3.7 million grant to provide infrastructure for Robeson County’s new industrial park in Lumberton, which announced its first tenant in June. Duke Energy, the electric co-ops, the North Carolina Railroad and regional organizations also have roles.

Golden LEAF works closely with each of those groups. In big projects, the foundation is typically involved with the Commerce Department, Economic Development Partnership of North Carolina and the community colleges. Getting along with everyone is in the Golden LEAF DNA. A strategic plan priority says that the foundation will be known for excellence in “organizational collaboration.”

Golden LEAF typically brings in other funders to enlist their help with its Community Grants Initiative and other programs. The goal is to make sure “that we’re not doing it out here on an island,” Hamilton says. “They know what our priorities are and how they can help leverage this initiative to move the needle even more.”

Response to the effort has been very positive, according to Don Flow, who became Golden LEAF’s chairman in December after leading the programs committee.

“A lot of [communities] actually have vacant land,” says Flow, CEO of Winston-Salem-based Flow Automotive, which runs 45 vehicle dealerships. “North Carolina’s on a lot of people’s radar right now for new plants, and all that’s happening.” So Golden LEAF was interested in coming up with something “catalytic,” as Flow put it.

“These aren’t just all megasites we’re talking about. One hundred acres in a county could change that county in terms of sustainable jobs,” he says. “One hundred jobs turns into 400 jobs. Very meaningful. And as we look at reshoring of manufacturing, there’s a lot of opportunities for us, particularly in the food production side.”

Murchison “Bo” Biggs, who just completed two years as chair of the 15-member Golden LEAF board, comes from a prominent Lumberton business family. His family’s K.M. Biggs, which owns shopping centers, timberland and farms, has weathered the economic cycles of the past 120 years, going back to the opening of Kenneth Murchison Biggs’ mercantile establishment in 1903.

Biggs is passionate about the board’s work because he has seen the impact up close in Robeson County, among the most economically distressed N.C. counties. It lost more than 17,000 residents in the past decade. He is fond of telling the story of St. Pauls and the chicken plant.

There were 600 acres outside the little Robeson town, a couple of miles west of where Interstate 95 briefly notices St. Pauls on its way between New York and Miami. Local officials called the land an industrial park, but it was really a dirt road and soybean fields.

Lumberton’s local paper, the Robesonian, wrote, “…[E]verything’s been building, building, building…waiting for the sewer.” If you want to understand the difference between wealthy urban and not-wealthy rural North Carolina, it is what that reporter wrote.

About five years later, Laurel, Miss.-based poultry giant Sanderson Farms was looking for a site for a new plant. “Well, guess what?” says Biggs. “The site was ready to go.”

Sanderson put in a $150 million investment with more than 1,100 jobs. It was one of the largest industrial projects in Robeson history. (Continental Grain and Cargill are buying Sanderson for $4.5 billion.) St. Pauls, which saw its cotton mills shut down in the 1990s, had to upgrade its utilities. Golden LEAF stepped up with more than $800,000. Because the utilities were available, the town attracted a new Pepsi distribution center nearby in 2016.

“We did the site,” Biggs says. “We got a looker in a Tier 1 poor county, and they’ve got $155 million worth of tax base down there right now.”

“This is what made me a believer that we needed a permanent site development program within Golden LEAF instead of an initiative every so [often] and go do something else.” ■