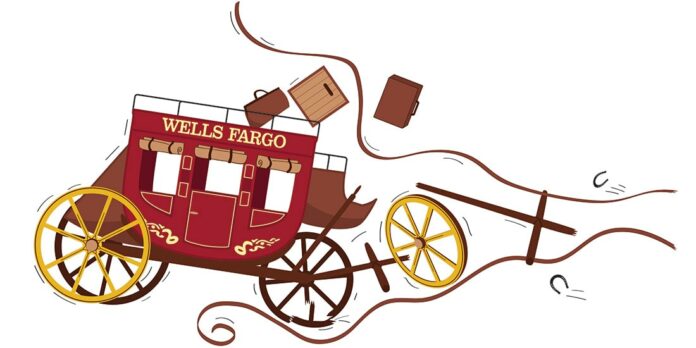 Wells Fargo & Co. hasn’t said when it learned that federal and state regulators were investigating the big bank for its its aggressive and often fraudulent practice of signing customers up for products they didn’t want. But the window seems pretty clear: the spring of 2015.

The reason I say this is simple. It’s when the bank stopped boasting to analysts about its prowess in cross-selling, the art and science of getting your customers to buy a wider variety of your products. Through the first quarter of 2015, CEO John Stumpf and others at Wells talked constantly about this attribute in quarterly earnings calls. Unlike other big banks, Wells put cross-selling metrics front and center in its financial data, touting the steady growth in the number of bank products used by its customers, everything from checking accounts to credit cards and home-equity loans.

So, in April 2014, you could have heard Stumpf say: “I will take all the deposits we can get that are part of a primary relationship, and we cross-sell off that and it’s a major driver in customer loyalty. So it’s a big emphasis here for us.”

And then near radio silence. Now, we know why. From 2011 through 2015, as the bank pushed its employees to cross-sell, its actions crossed the line. According to the Consumer Financial Protection Bureau, as many as 1.5 million bank accounts and nearly 600,000 credit-card accounts were opened without customer consent. Yes, Wells is a big bank with millions of customers. But however you do the math, this is still deceit on an industrial level.

For its actions, Wells paid $185 million in fines and penalties. At first, Stumpf insisted he would stay on to guide Wells through the crisis. A nice gesture, but one that was untenable. In the euphemistic world of high-level personnel actions, he chose to “retire,” instead. Stumpf is also giving up $41 million in compensation. Which is a lot or not a lot, depending on the end of the telescope you prefer to look through.

What Wells did was wrong. But it’s important to remember what underpinned the whole dirty mess:

Cross-selling works. First, it’s easier and cheaper to sell something to an existing customer than to acquire a new customer. Second, the more connections consumers have with a company, the more difficult it is to leave and find a replacement. This is the tyranny of forced loyalty.

That gets at the heart of cross-selling, cross-promotion, bundling and all the rest of these tactics. We are partly to blame. We cede control and let enormous companies take over ever-growing parts of our lives for the sake of order and simplicity. It is what allows Google to send ads based on searches and Amazon to recommend books based on past purchases. When I needed a home-equity loan, I turned to Wells, where my business and checking accounts and credit card already lived. It was easier.

What we’ve created is the illusion of independence. In theory, our lives are nothing but the exercise of choice. In practice, not so much. Call it curated freedom.

And that brings me to the election. Madison Avenue took over politics a long time ago, realizing that candidates could be sold like soap and SUVs. Voters are consumers. They like the illusion of independence — voting for the person, not the party — but these days rarely exercise it. North Carolina was once a state of ticket splitters. For four consecutive elections, from 1992 through 2004, voters here chose Republicans for president and Democrats for governor. In the two most recent elections, they’ve lined up by party.

There’s an argument that the decline in ticket splitting has less to do with changes in the decision-making of voters and more to do with the merits of the candidates. There’s some truth to that. But we’ve also become more politically bundled and cross-sold. The same party that wants to sell us a president also wants to sell us a governor or a senator. Nothing new there. Except now, we’re more likely to sign on the dotted line. It’s easier. And we’ll worry later about making sure what we bought is what we ordered.

Point taken: $49 billion, up in smoke