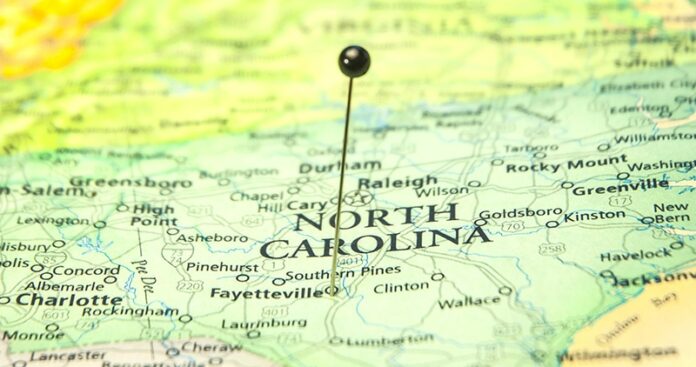 Point Taken: A different twist on the urban-rural divide

An N.C. Justice Center scholar stresses the importance of thinking of the “three North Carolinas” — the urban, the white rural and the Black Belt.

You hear a lot that there are “two North Carolinas.” I have used the term. It means there is a prosperous urban North Carolina and a less prosperous rural one. Headline writers like this a lot.
But are there just two, or are there three?

William Munn of the North Carolina Justice Center makes an argument for three: There is urban North Carolina, there is a predominantly white rural North Carolina, and then there is what he calls the Black Belt — counties with high populations of Black people, mostly in the Coastal Plain.

Munn, a Fayetteville native, wondered about the lingering effects of slavery and institutional racism in the places where he was raised by his educator parents.

His search for answers resulted in a doctoral dissertation completed in 2016, titled Running Away From Home: Social and Economic Explanators of Net Migration in North Carolina Black Belt Counties.

Many scholars have studied the Black Belt, which runs from the Deep South northward to Virginia; Munn focused on eastern North Carolina.
The problem with the two North Carolinas construct is that it lumps nonurban counties together as if they have the same past.

“The structures of slavery, the structures of the subsequent sharecropper economy keeping Black people in subservient roles, keeping them away from being able to exercise the right to vote, create intergenerational wealth,” Munn says. “Those structures have helped create the disparities that we see in health, education and leadership.

“When you look at the map of the counties that had the highest proportion of slave population, it directly overlays with female poverty today, food insecurity,” he says. “Those are things that if you look around, as I did when I was 9 years old, … and you went, ‘I don’t think I want to live here in Washington County or Bertie County,’ those are the things that show up, and you decide that you probably want to live somewhere else and do something else.”

Some counties in the Black Belt region saw growth in recent decades, in part because they were fortunate to be near major military installations, such as Cumberland, Hoke and Wayne counties. East Carolina University spurred growth around Greenville in Pitt County. But some counties weren’t lucky enough to have the military or a university nearby. Ten counties either lost population or were flat over the past 40 years. Counties with substantial percentages of Black people such as Anson (48.5%), Bertie (61.1%), Halifax (53.8%), Lenoir (41.4%), Martin (42.1%), and Northampton (57.2%) have lost population since 1980.

Overall, North Carolina’s population has grown by nearly 80% over the past 40 years. It has been driven by the Charlotte/Mecklenburg County area, the Raleigh-Durham area and the Triad region, but also by counties near urban centers such as Brunswick, Union, Cabarrus and Johnston.

I was particularly interested in the counties that were not urban or urban-adjacent and were not in the Black Belt. These were the 33 counties, most with lower minority populations than those in the Black Belt, many of them in the Piedmont and mountains, that Munn identified as “rural.” I ran the population numbers since 1980. Only one has lost population, coastal Hyde County, with a population of about 5,000. So when we talk about the parts of North Carolina that aren’t Raleigh, Charlotte, Greensboro or Wilmington, we need to be specific.

Many rural counties have suffered job losses as textile and furniture companies have left, but they have retooled their economies, retrained their workforces and attracted new industries. They have become retirement destinations and exurbs for folks willing to do longer commutes, or — lately — able to telecommute. Many still need help, but they have grown.

Munn focused on less-resilient counties in the east and northeast that are struggling to keep population — places that shared a common history.

Key indicators, he found, tend to predict whether people will come or go. Young people may not run the numbers, but they don’t have to. They can see what is happening around them to their friends and families and neighbors. In the Black Belt, as a whole, the rate of high school graduation and median household income lags that in urban counties. Child poverty rates have been significantly higher.

Here is how Munn put it in his dissertation: “[It] is not hard to deduce what kind of effect [these factors have] on a graduating college senior’s thought process when deciding whether or not to return to Tyrrell County to build a career, family and home. The student likely has not seen these stark quantitative incongruities but may have witnessed them manifest in a lived experience where utility shutoffs, school dropouts and incarcerations were not uncommon occurrences. These experiences and subsequent decisions have a profound impact on the Black Belt and its leadership.”

Munn graduated from Goldsboro High School in the late ’90s and got an undergraduate degree from Fayetteville State University. Then he worked in former Rep. Bob Etheridge’s Lillington office and then did similar work for Rep. David Price in his Fayetteville office while getting his master’s degree at UNC Pembroke. In 2013, he became a doctoral student at N.C. A&T State University.

We talked about Cumberland County, with a population that is 39% Black. A few years ago, Munn was asked to talk to a group in Fayetteville. Cumberland County is, despite growing by more than a third over the past 40 years and serving as home to Fort Bragg, what the N.C. Department of Commerce classifies as a Tier 1 economically distressed county. Per capita property values in the county, on the western edge of the Black Belt, are half what they are in Wake County.

Here is what he recalls telling them: “You can’t structurally tie the hands of one-third of your population for the last 300 years and then wake up in 2019 and decide, ‘Oh, well, we want to be a Tier 3 county.’ You’ve done things to retard the growth of 30%, 40% of your population here, and now you wonder why we’re a Tier 1 county?

“And I was very explicit about the ideology, the thought process of the people who would continue to do these things, and how it’s still prevalent, but more importantly, how it turns into policy. I have a simple equation: Ideology plus policy turns into outcomes.”

One policy is the way North Carolina pays for public schools, which is dependent in a significant way on local property taxes, which impacts how much poor counties can spend to retain good teachers. Meanwhile, companies don’t want to invest where they can’t hire an educated workforce, and parents don’t want to move to counties with subpar schools. So, as Munn suggested in his dissertation, North Carolina needs to break this low-wealth “vicious cycle” by rethinking the way it funds poorer districts to provide these counties a “fighting chance to remain competitive with larger urban districts.”

This is contentious ground. Some of you may think, “Well, Munn’s ideas are just more of the same from left-leaning scholars and think tanks.” And when we start talking about three North Carolinas, that is going to make some folks uncomfortable. There is an ongoing debate about how history should be taught in North Carolina’s public schools. This is history about how some students’ ancestors owned other students’ ancestors. That is unpleasant history, and so there is a tendency in some quarters to want to glide past it.

Here is my challenge. Read his dissertation at willmunn.com. Look at his research. Call him up and invite him to your civic organization to speak. Businesspeople pride themselves on being data-driven. We are now more than a half-century past the end of segregation in the South, and conditions are still pretty bad in large stretches of the Black Belt.

There is a picture that appeared in The Fayetteville Observer in the summer of 1989. It showed 9-year-old William Munn at the Museum of the Cape Fear. There was a children’s workshop, and William was there because his parents would take him to museums.

On this day, at that moment, he was working on a puzzle and searching for a piece that would help him see the larger picture.

When we talked recently, Munn remembered that day and that time. When he was that age, he was trying to figure out another puzzle whose complexity was coming into view: Why, when he was with his family in some communities, places in the rural, eastern part of North Carolina, did it seem different than when his parents would take him to urban areas, like Raleigh? “Why does it feel so much more liberating and free and accepting?” when they were in Raleigh, he recalled thinking. “What’s going on here?”

That question really can’t be answered by talking about two North Carolinas, but Munn has shown it can be by talking honestly about three. ■