The Greensboro native discusses some bumps in the road as he left major marks on the state’s legal, political and education sectors.

Few North Carolinians have had a more varied, impactful career than Thomas Ross. Not many become the leaders of the institutions where they earned both graduate and undergraduate degrees. The Greensboro native served as president of his alma mater Davidson College and the UNC System, where he earned his law degree from UNC Chapel Hill in 1972.

Those posts followed his tenure as a private lawyer; chief of staff for U.S. Rep. Robin Britt, a Greensboro Democrat; executive director of the Z. Smith Reynolds Foundation, a Winston-Salem group known for promoting progressive causes; and 17 years as a state superior court judge.

But in a career full of great achievement, Ross also faced two complex incidents that drew major media attention. The most recent was his abrupt removal as UNC’s leader in 2015, when the Republican-dominated Board of Governors, led by Charlotte lawyer John Fennebresque, pressed for new leadership.

The second involved Ross’ 1989 sentencing of Derek Twyman, then 26, to a combined 160 years in prison — four life terms — after the Canadian immigrant pleaded guilty on several counts of burglary in Greensboro. The severity of the sentence sparked much criticism. During his incarceration in North Carolina, Twyman wrote dozens of letters, asking politicians and others if he could serve his sentence in his home country. After 27 years in prison, he was released and flown to Toronto, where he now lives as a free man.

Ross, 70, reflects on the Twyman case and his transition from the UNC System in comments edited for length and clarity.

I really don’t think [the Twyman case] was an outlier. The case was much more serious than many cases I handled. Mr. Twyman was convicted of a series of burglaries in Forsyth County. He broke into people’s homes while they were occupied and stole things. He was found guilty of a number of offenses and sent to prison. He served six years or something around that. 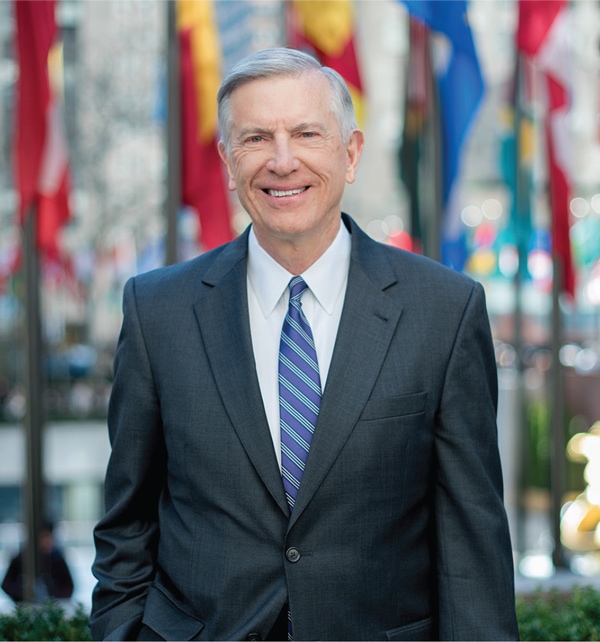 After he was released, it was a very short time [before] he went right back to the same thing, breaking into occupied dwellings in Greensboro. He broke into a large number of houses with people in them. He did it at night, stole things. In one particular situation, he ransacked a house severely. It happened to be occupied by a woman who was blind and obviously learned to live in her house by knowing where everything was. When it was ransacked, it completely disrupted her life. The impact on victims — when someone breaks into your house, [it] is much more severe than breaking into a building with no one there or breaking into a house with no one in it.

Twyman had done that, gone to prison, served a prison sentence, got out and obviously showed no remorse or no rehabilitation. I found it to be a very serious case. There also were a large number of charges. He broke into a lot of houses. The only thing that caused it to get some notoriety was I entered the sentence [of 120 years] and then went to lunch.

I gave it a lot more thought over lunch and realized I had not given the right sentence. I called everyone back over for a resentencing [adding 40 more years]. It was a little unusual but not out of the ordinary. That might have been what got it so much attention.

The efforts to get him out and get him paroled to Canada got publicity for reasons I’m not sure of. There were people in Canada and other places that felt the sentence was too long. They didn’t totally understand what he’d done. I talked to a reporter up there, and he had no idea he had a whole string of burglaries before the ones in Guilford County. They didn’t know all the facts and didn’t always understand how our sentencing system works.

There are cases in my career of 17 years [that] I had second thoughts about some of the sentencing I imposed. I took sentencing very seriously. I spent 10 or 12 years reforming our sentencing system in North Carolina and around the country in a way that I think most people feel is better than what it was at the time. I think I know a lot about the philosophy and principles of sentencing. I had some cases that in looking back, I wonder if I did the right thing. This is not one of those cases. I feel confident that I did the right thing under the circumstances.

[Being asked to step down from the UNC System presidency] very much came as a shock because I had been told over and over by members of the board that they thought I was doing a great job. That’s actually what they said when they were speaking publicly about my leaving. They indicated I had done a really good job, and I felt like I was. I wasn’t ready to leave. I love the university and enjoyed the position. I also recognize that the board has the right to select its own president, and I’m not sure it was handled in the best of ways.

I think the reasons behind it were pretty obvious to everybody. I’ve never had anyone suggest to me that there was any reason for this happening other than the board wanted to make a change. I think most people believe they wanted to make a change, not because of the performance that I had given them, but because of the politics at the time. I decided it was best to leave in a way that didn’t harm the university [system] any more than absolutely necessary.

When I look back on it and what’s happened since, the fact that politics play a heavy role in board activities and actions both from that occasion and since [has] been evident to most people. I think that’s not great for the university. I think we need a university [system] that both parties support, because it’s such a driver for the economy in North Carolina, such an important institution for workforce development [and] business in the state.

I think the University of North Carolina [System] has been a treasure to this state. I personally at the time and since then, hated to see it become more of a political football. ■