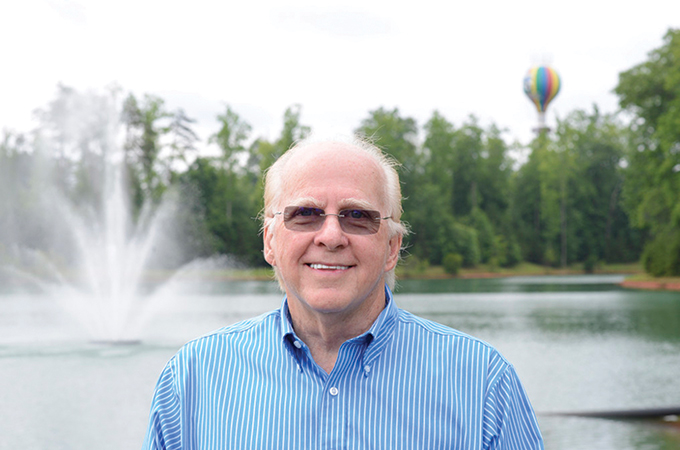 Jerry Neal chuckles when asked about his success in developing one of North Carolina’s most successful tech companies, and later, building perhaps the state’s biggest house east of Biltmore Estate. He hasn’t forgotten the times he stumbled. Always a risk taker, sometimes the gamble paid off. Other times, it was rough going.

His achievements stem from a childhood fascination with electronics and an ability to calculate risk, he says. 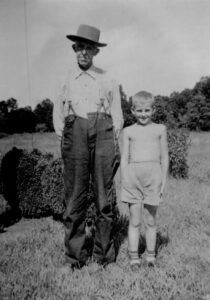 As a young boy, Neal experimented with 1,000-volt and 2,000-volt transformers in an Archdale lab built by his father, a Randolph County native who learned about electronics after his World War II service.

After earning an associate degree in engineering from N.C. State University in 1963, Neal worked for Carolina Power & Light Co. for two years then joined computer pioneer Hewlett-Packard in High Point.

While soaking up knowledge about the tech industry, Neal spent his free time inventing an electronic sensor to check moisture in soil. After a decade at HP, he left to start his own business, Watertech, but the money quickly ran short. An Ohio company bought most of the equity and moved the business, and Neal to the Midwest.

The startup’s revenue soared from $1.7 million in 1995 to $29 million in 1997, when RF Micro had its IPO. Neal, then 52, was vice president of sales and marketing. Early investors included Charlotte-based Kitty Hawk Capital and a Bank of America venture-capital unit.

The business’ market value soared to $16 billion during the 2000 dotcom boom, then declined sharply in the ensuing bust. But Samsung, Nokia and other phone vendors kept buying RF Micro chips. Revenue was in the $1 billion range when Neal left the company in 2012. RF Micro merged with TriQuint in 2015 to form Qorvo, which is based in Greensboro and has a market value of about $15 billion.

Neal, 77, has stayed busy. He is co-chair and director at Huntersville-based Akoustis Technologies, a public company that develops communications software products. He’s put lots of resources into Asheboro, including joining local restaurateur Dustie Gregson to turn a former mill into a boutique hotel. No opening date has been set. 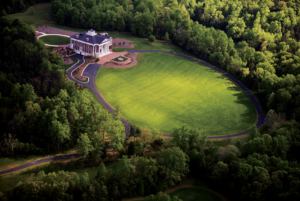 Neal and his wife, Linda, have also built and operated Linbrook Heritage Estate, which opened in 2004 near their home in rural Trinity. The 36,000-square-foot venue supports local causes and cancer research at St. Jude Children’s Research Hospital by hosting special events and annual community activities. The adjacent Neal John Deere Museum has 26 fully restored John Deere tractors. Neal’s journey is chronicled in Fire in the Belly, which he co-wrote with Asheboro writer Jerry Bledsoe in 2005.

A week after I was born, my father was drafted in the Second World War. He did not see me for the first two years of my life. They gave all the veterans choices. My dad chose a course in electronics, something like a correspondence course. They sent lessons and equipment to show the principles they were trying to teach. I saw that group of material about basic theory of electronics. I started to read it and found it fascinating.

My dad said, “I just hope I live long enough to see you put something together, instead of just taking it apart.” That’s how I got started.

I studied, very closely, Bill Hewlett and David Packard. I knew I’d be happier if I tried to follow in their footsteps. I liked the idea of being an entrepreneur.

I invented an electronic sensor that would measure the amount of moisture in soil and started a company called Watertech. I used my retirement money, but I didn’t have any idea of how much money it was going to take. I started selling assets. Then I had technical problems with my parts, and after three years, I was in pretty sad financial shape. I needed outside investment. An Ohio company invested in my company and bought 80% of the stock. That temporarily stopped the cash-flow problems I was having.

I was so unhappy with everything going on that I decided to come back to North Carolina without a job.

I got a job with an electronics company, Analog Devices. When I joined, Bill Pratt was the general manager of the division in Greensboro and Powell Seymour was the manager of production. I worked with them closely. Bill told me one time, “I’d trust my life in your hands. You’re just somebody I absolutely trust.” And I felt the same way about Bill and Powell.

I gave Bill and Powell the good news that I was going to be joining them as the founders of RF Micro Devices. Bill and Powell said, “The company doesn’t have any money. You’re going to have to go out and raise the money. Once you do that, we’ll all get paid.” That was the start of my work task: Raise $1.5 million.

I knew a lot of people. I’d traveled all over the world for the
10 years I was with Analog Devices. I worked on some tough issues with companies like Ericsson and Motorola. A friend of mine told me he read a story about the 40 top investors in start-up semiconductor businesses for communications.

I contacted each person on that 40-person list and tried to get them to take a look at our business plan. Several of them did; most of them turned it down and said, “That’s pretty risky. You’ve not done this before.” I finally got three of them to agree to it: They would put up $1.5 million. They drove a real hard bargain.

[Analog Devices CEO Ralph Stata] wrote a beautiful letter to
us and said that [Analog Devices] didn’t have any feel for the technology but thought we would be successful. It helped tremendously.

The technology that Analog had worked with since its founding has been based on silicon technology. They didn’t have any experience working with gallium arsenide types of semiconductors.

Kitty Hawk Capital in Charlotte invested $750,000 in that first round in 1992. When we did a distribution of their stock back to them, their stock was worth $550 million. (Kitty Hawk partner Walter Wilkinson retired from Qorvo’s board in 2021.)

Within eight years, the company continued to grow. The market cap reached $16 billion. By nine years, we were shipping about a billion dollars’ worth of product a year. It was a phenomenal success and still is.

It was so easy starting Akoustis, from a financial point of view, compared to my earlier experiences. We did a reverse merger: From Day One we were a public company, able to trade our stock publicly. The products we’re doing are electronic filters for the new 5G phones and for 5G Wi-Fi. The opportunity is there again for an exploding market.

We have an excellent relationship [with Robert Bruggeworth,
Qorvo’s president and chief executive officer.] Now, we’re competitors. The parts we’re doing are in direct competition to what they’re doing but it’s on a completely different technology. We currently have about 55 patents that have been issued on our technology. We also have 80 additional patents that have gone through the initial review.  … We took a fresh new approach, and that’s how entrepreneurs compete with companies that are much bigger than they are. ■