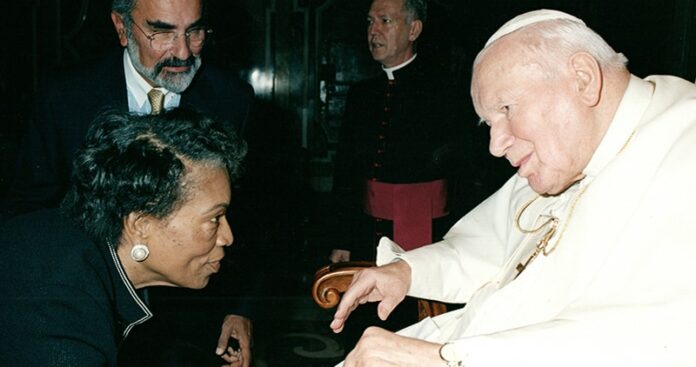 Eva Clayton, the first Black woman to represent North Carolina in Congress, has had a lifelong passion for boosting rural America.

Clayton, 86, held her seat for five terms in the 1st Congressional District covering much of northeastern North Carolina.

In the years leading up to Congress, the Savannah, Ga., native advocated for rural communities through several organizations. In 1970, she became the first director of the N.C. Health Careers Access Program. She later moved to the Soul City Foundation, the brainchild of civil-rights activist Floyd McKissick in the mid-1970s. President Richard Nixon approved a $14 million federal grant in 1972 to build a town organized by Black businesses in Warren County. Although Soul City still exists, the project never got off the ground during a difficult economic period and in the face of strong opposition from some N.C. leaders including former Sen. Jesse Helms, a Republican, and U.S. Rep. L.H. Fountain, a Democrat.

Under Gov. Jim Hunt, Clayton was appointed assistant secretary of the N.C. Department of Natural Resources and Community Development in 1977. She stayed active politically, serving on the Warren County Board of Commissioners for eight years.

After leaving Congress in 2003, she accepted an assistant director general position in Rome with the Food and Agriculture Organization of the United Nations for three years. She organized 24 national partnerships and alliances worldwide to fight hunger and poverty.

Clayton now lives at Lake Gaston, writing op-eds and serving on a few boards. Encouraging the production of healthy food by small farmers continues to interest her. Comments are edited for length and clarity.

Early in my life, I wanted to be a missionary doctor in Africa to heal the sick and help the poor. I attended college with that goal. My biology teacher recommended Johnson C. Smith University, and I received a scholarship. I majored in biology and general science. I also met Theaoseus Clayton, my future husband, my freshman year. [He was] drafted into the military. Upon his return to college, we graduated together and married that December.

I held on to my goal of going to medical school after my husband graduated from law school and the birth of our two children. I earned a graduate degree in biology with the idea this would help [with] my acceptance into medical school. Although I never applied to medical school, the same driving force of wanting to serve and make a difference inspired me to seek other opportunities.

My opportunities to serve were significantly enhanced when my husband accepted the offer to come to rural Warren County to form the first integrated law firm in North Carolina: Gilliland & Clayton in Warrenton. Generally recognized, where there are challenges, there are opportunities. Warren County and eastern North Carolina had a lot of both. Segregation ruled the schools and facilities, and [there was] limited voting participation by Blacks. [Then] began the civil rights movement.

I began my activism by demonstrating against segregated eating facilities, including one owned by my husband’s white partner, and [participating in] voter-registration projects with American Friends Service Committee. I briefly entered law school and failed to manage law school rigor and take care of four children. I was a dropout.

In 1968, I ran for the U.S. House of Representatives against Congressman L.H. Fountain in the primary. I lost royally but increased voter registration, especially among Blacks, throughout the district. Other persons and I in the South were encouraged to run for public office by the Voter Education Project to increase voter participation. The reason I ran then was because no man would volunteer. Could it have been the odds were too high that Congressman Fountain would win? (Fountain, a Tarboro lawyer, served in Congress for 30 years, from 1953 to 1983.)

In 1992, I decided to run again for the U.S. House of Representatives. The N.C. General Assembly drew new congressional districts. The new 1st Congressional District had much more favorable demographics for Blacks but was more physically challenging to campaign for than in 1968, [since it grew] from 18 counties to 28 counties. [There were] more men interested in this race than in 1968; I wonder why? Four Blacks and one white [man] were the five primary candidates. In the primary elections, Walter Jones Jr. led with 38%, and I had 35%. Forty percent [was] required to win in a multicandidate race. I called for a runoff and won. I had lots of community support in my campaign.

I ran as an individual, a Black woman who believed in herself, with faith in God and a desire to make a difference in her community. I said at my election, “I too sing America.” 1992 was the first “year of the woman” in Congress [because] women of all races were winning and assuming leadership roles. I was the first woman to be elected president of a freshman class in 1993.

While in Congress, I served on agriculture, small business and budget committees. I voted against NAFTA because I considered it would hurt small communities dependent on factories and small businesses. I voted for bills I thought would enhance lives, support the economy and protect our nation. I was considered a moderate.
Today, small farmers are struggling and fading out fast. There needs to be an intervention in the agriculture industry if small farmers are to have an opportunity to contribute and survive. I assisted Black farmers who, over the years, were discriminated against by the Department of Agriculture. These farmers lost their land and [were] denied loans and assistance they were entitled to receive. Hundreds of Black farmers gained the right to sue in court and won. (The USDA settled the Pigford vs. Glickman class-action lawsuit involving racial discrimination in 1989, leading to more than $1 billion in payouts.) Black farmers are very few and aging out. The government needs to intervene with initiatives and support to encourage our young students to consider agriculture, including farming, as a career.

I served as co-chair of the [Congressional] Rural Caucus to elevate the needs and opportunities of rural communities in America. Currently, there is still the need to promote rural America. These needs have significantly increased because of COVID-19. The health and economy of these communities must be addressed immediately. We can start by passing Medicaid expansion and providing broadband in North Carolina. The federal and state governments should fund small businesses and agricultural opportunities. [They should] pursue opportunities that allow the partnership between urban and rural economies to complement each other.

Rural communities are often ignored or treated as an afterthought by elected officials. Rural communities across America and North Carolina are resilient, though struggling. [They are] the source of our food, natural resources and recreation. We should protect and support their prosperity. Rural communities offer opportunities for alternative-energy development.

My most memorable vote and legislative engagement was the writing and approval of the farm bill in 2002. The vote I regret most was my vote for the Iraq War. I knew in my heart we weren’t confident that we were fighting the right people. I think I regret it because I didn’t have the courage to vote [for] what I really believed. ■