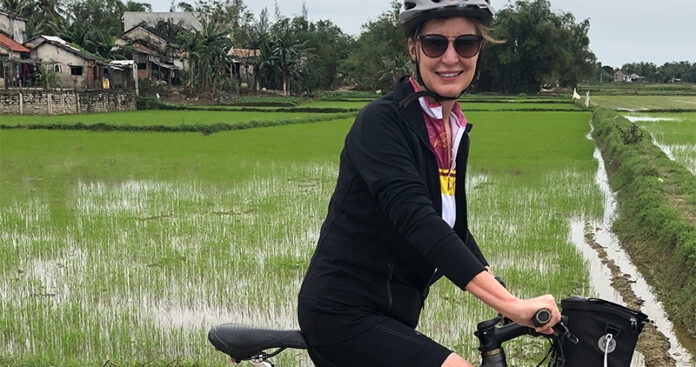 A pioneer in N.C. banking and investment management carves out a specialty in advising family-owned businesses.

Sue Cole was one of few women in corporate lending when she started at North Carolina National Bank in Greensboro in 1973. Her steadfast manner has served Cole well; she’s had a more than 40-year career in banking, wealth management and consulting, always in Greensboro. Others noticed her leadership skills as she became the first woman to chair the city’s chamber of commerce and, in 2003, the NC Chamber.

The Garner native is a graduate of UNC Greensboro, where she transferred from N.C. State University after her husband, Gordon, took a job in the Gate City. By 1981, she was managing NCNB’s Greensboro branches, later helping lead the bank’s local corporate lending during an era of great tumult at Burlington Industries and other local textile, furniture and tobacco companies.

In 1987 she joined North Carolina Trust, a bank focused on investment management that Greensboro lawyer Steve Hassenfelt started a couple of years earlier. The company’s assets grew to about $2.5 billion when it was acquired by New York-based U.S. Trust in 1999. She stayed until 2006, then joined Granville Capital, a wealth manager also started by Hassenfelt.

Cole has been on more than two dozen corporate and nonprofit boards in her career, including a 19-year tenure as a director of Raleigh-based Martin Marietta, one of the world’s largest aggregates companies. She is also a director of Memphis-based Diversified Trust, a privately held investment-management company.

When Cole talks about the Greensboro Science Center, 10 minutes north of downtown, her commitment to the museum, aquarium and zoo shines through. A Girls in Science scholarship was developed earlier this year to honor Cole for her work as the center’s board chair.

Cole has served on the board for Greensboro-based Biscuitville since 2007. She’s not shy about her love for the family-owned company’s bacon, egg and cheese sandwich and strawberry muffins.
Comments are edited for length and clarity.

I began my career in corporate lending. It was a gift to be at an organization like NCNB, [which] became Nations Bank, [which] became Bank of America. I did that for 14 years. I’d helped with the startup financing for North Carolina Trust. A couple years later, they asked me to join the company as an investor and part of the executive team. While I didn’t know anything about investment management or trust services, I looked at it as a grand opportunity to be involved in a startup and learn something new.

I’m a risk taker but not so much a personal risk taker as it related to my family. I had little kids at the time and a husband whose job was here [in Greensboro]. During that era, people were expected to move around. I sat down with the leadership and said, “I really don’t want to move. Let me make this the best office it can be.” They allowed me to do that. It meant I had to travel more, spend more time in Charlotte and other places.

Hugh McColl has always been an outstanding leader. He was focused on building the bank and building Charlotte. He saw the two were interconnected. You didn’t see that many CEOs who had a genuine love for the arts. I think how lucky I was to join NCNB in 1973. He believed that you didn’t pay attention to the gender of the employee or color of skin. And back then, that was quite a statement.

I think every leader has to have strong self-awareness. I learned through some of my experiences I wasn’t being challenged. While at Granville Capital, I loved the people, but I didn’t feel challenged. I wanted to create something. What I found was that I really loved helping successful businesses be more successful and helping them grow. I had this passion for governance. I think governance is critical in every single business, just like strategy is critical in every single business.

It turned out that it was a lot of family businesses that wanted me to help them create an independent board, or the CEO needed someone to talk to. It’s lonely at the top. I could let them be in a risk-free environment as we talked about things.

[The Greensboro Science Center] has had a tremendous economic impact. The recurring annual economic impact is currently $77 million and estimated to grow to $100 million. We’re expecting 500,000 visitors in 2021 and 750,000 for next year. We’re definitely in the top 10 of tourist attractions in the state. We have visitors from all the states and all over North Carolina.
It’s a museum, a zoo and an aquarium. We are one of 200 that’s been approved by the Association of Zoos & Aquariums, which is a big deal. We recently doubled the size of the zoo. We kept building during the pandemic. We opened just a couple of weeks ago, and we are getting rave reviews. It’s a public-private partnership. The city of Greensboro owns the land. We’ve used bond money to build. We’ve combined that with private donations.

Each of us has to be a continuous learner. The way I do it is lots of reading: I enjoy reading The Wall Street Journal and The New York Times. I don’t think you should get your news from just one thing. I’ve got my phone set up to send me articles on different industries that I am involved in. Webcasts are fabulous.

I’m one of the founding members of the National Association of Corporate Directors Carolinas [chapter]. We do incredible research and education on corporate governance. We bring in futuristic speakers that really help you to think about what’s to come: What’s the labor force going to look like? What is artificial intelligence going to look like? You have to immerse yourself in these things to stay current. ■