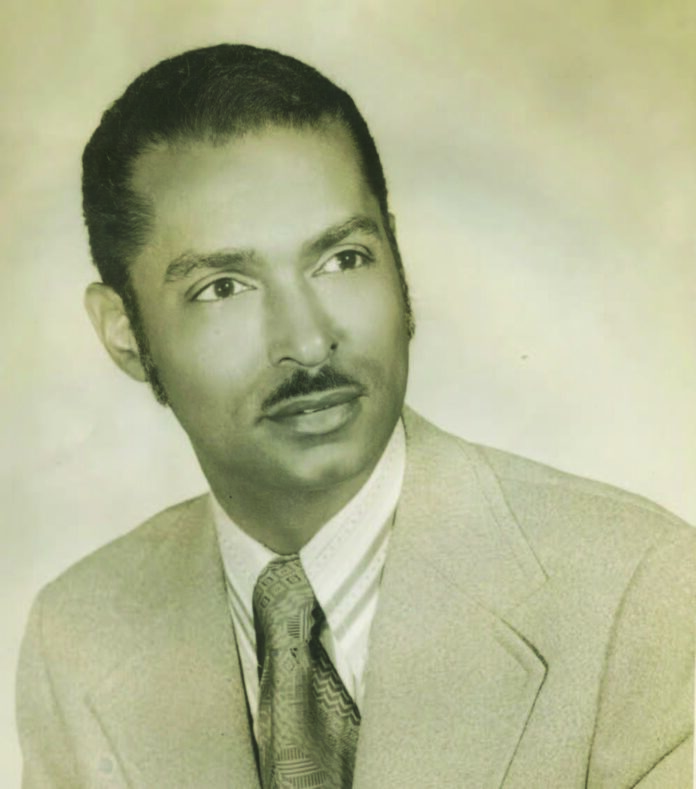 Part of a prominent Durham business family, Henry McKinley “Mickey” Michaux Jr. became the longest-serving member of the North Carolina General Assembly after short stints as a federal and state prosecutor. His 50-plus-year career as an activist, businessman, lawyer and politician was marked by an ability to negotiate with community members, leaders and other stakeholders.

The Durham native, 91, remembers seeing segregated water fountains at the downtown United Department Store and not understanding the meaning behind the signs. Michaux graduated from high school from Palmer Memorial Institute, a boarding school for Black students that operated near Greensboro from 1902 to 1970. Following in the footsteps of his father, Henry Michaux Sr., he attended North Carolina Central University, playing on the school’s first tennis team in 1948. He received a bachelor’s degree in 1952 and a law degree in 1964. N.C. Central’s education school building is named after Michaux.

He and his younger brother, Eric Michaux, joined their family’s Union Insurance and Realty, founded in 1929. Michaux sold property and casualty insurance. In 1964, his father and brother agreed to let Mickey pursue a political career while they ran the business. Still led by Eric, who is 11 years younger than Mickey, the company also owns the Glenview Memorial Park cemetery in Durham.

Michaux ran for the N.C. House of Representatives in 1964, losing by 120 votes. Disillusioned by politics after the assassination of Martin Luther King Jr. in 1968, he served as chief assistant district attorney in Durham County from 1968 through 1972. He returned to campaigning and won three straight two-year terms as a state House representative starting in 1972. In 1977, President Jimmy Carter appointed Michaux as U.S. attorney for the Middle District of North Carolina, the first Black person in the position.

During his tenure, Michaux urged the U.S. Department of Justice to press federal charges against Klansmen and neo-Nazis who shot and killed five members of the Communist Workers Party during a rally in Greensboro in 1979. When Carter lost his reelection bid in 1980, Michaux stepped down. Nine men indicted on civil rights charges related to the shootings were acquitted in 1984.

In 1982, Michaux ran in the Democratic primary for Congress, coming in first with 48% of the vote, just short of the required 50%. He would have been the first Black representative from North Carolina since 1901, but he lost a contentious runoff to Tim Valentine, a Nash County lawyer who ended up serving six terms. Eva Clayton of Warren County gained that distinction in 1992.

With his congressional dreams dashed, Michaux returned to the state House in 1984 and served for the next 34 years. Among his successes was helping change the required margin of victory in primaries from 50% to 40%.

Michaux and his wife, June, live in Durham. He has a son, Cicero Leak, who is a talent agent in Raleigh. His daughter, Jocelyn Winston, is a lawyer in Washington, D.C. He stepped in as an interim state senator for three months in 2020 while a runoff election was held. The longest-serving House member is also the shortest-serving senator.

You got on a bus going downtown (and) when the bus got to the corner of Pettigrew Street and Dillard Street to cross the railroad tracks, the bus would stop and all of us sitting in the front of the bus would move to the back of the bus before we crossed the tracks. On the bus, there was a big sign that said, ‘White seats from front to rear. Colored seats from rear to front.’

I have coached Arthur Ashe. Since white folks wouldn’t let us play tennis with them, we formed our own association: The American Tennis Association, which had tournaments throughout the country. One of the major tournaments was in Durham, on an annual basis. Arthur got to the point where he won major tournaments. And they began to realize, here again: Watch out; here we come into the tennis arena.

I met Martin [Luther King Jr.] in October 1956 near the end of the Montgomery Bus Boycott. I invited him to Durham to participate in a program that I was chairing. He stayed at my parents’ house. He said he always wanted to come to Durham because Durham and Atlanta had a rivalry going. Atlanta had Atlanta Life Insurance Co. and Durham had North Carolina Mutual. Atlanta had Citizen Trust Co. and Durham had Mechanics & Farmers Bank. Atlanta had a savings and loan; we had a Mutual Savings and Loan in Durham. Both cities showed an increased number of Black homeownerships.

In politics, that’s where the art of compromise raises its head. Let me give you an example: East Carolina University wanted a medical school. They were coming to the General Assembly to do it. I was going to vote against the medical school but decided to compromise. We were able to get a new building constructed for the law school at [N.C. Central]. That’s what politics is all about in my book.

We take advantage of electoral politics. We go vote. We chastise our community every time we get an opportunity to become politically active, which in Durham, it’s on a daily basis in the Black community. We did not have the majority to elect anybody but you couldn’t get elected without support from the Black community. I don’t call it volatile. I call it doing what everyone else does. Get out the vote.

When Research Triangle came in, it was evident we were willing and able to grow but you had to have all the communities coming together to help Durham grow. That attitude has been made. There have been factions that have tried to intercede, take that power unto themselves. It’s been a coming together, particularly in the Black community, pushing the idea of coming together to build a better, stronger community.

I have chaired every major committee in the House, except finance. I never wanted to raise money. I wanted to spend it.

Ken Royall was the only person I knew who knew what the state budget was, how it operated and all the nuances involved in it. [Royall was a Durham furniture-store owner and among the state’s most powerful lawmakers in the 1980s and ’90s.] One year, I got the Durham Committee [on the Affairs of Black People] to support Ken Royall for the Senate seat in the N.C. legislature. Nobody in the Black community had ever supported Ken Royall for anything. He felt sort of indebted to me. He told me, ‘Anything you need, you let me know.’ I told him, ‘If I could take away half of the knowledge you have about the state budget.’ He really took it to heart. I learned more about the
budget from him than sitting in the senior chair of the Appropriations Committee. ■