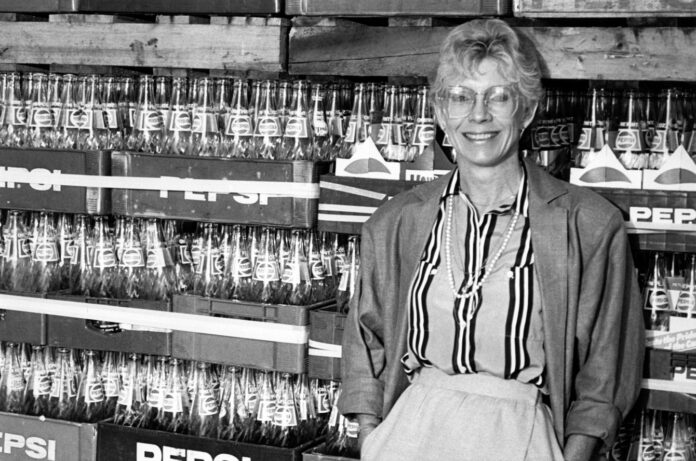 Pillars of NC: Dale Halton, the Charlotte trailblazer put the fizz back in her family business

When Dale Halton stepped in as president of Pepsi-Cola Bottling Co. of Charlotte in 1981, she was a rare female CEO. The business was close to insolvency and, Pepsico’s corporate leaders were threatening to pull the franchise from her family, which had been affiliated with the soft-drink company for more than 70 years.

Halton and General Manager Darrell Holland, who had joined the company in 1970, reorganized the company’s business plan for its nine-county franchise and empowered the 400 employees to do their work with less meddling from headquarters, she says.

Within several years, the franchise was ahead of its larger Coca-Cola rival in overall soft-drink market share in the Charlotte region, Halton says. Success continued through her tenure until 2005, when Pepsi Bottling Group, then the world’s largest Pepsi bottler, bought her family business, the ninth-largest U.S. bottler, for an undisclosed sum. It was then Charlotte’s biggest female-owned company, the Charlotte Business Journal reported. 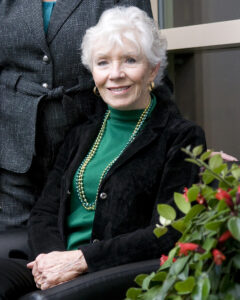 Saving the company from ruin was personal for Halton, whose grandparents, Henry and Sadie Fowler, opened the business in Charlotte in 1905, 12 years after New Bern pharmacist Caleb Bradham created “Brad’s Drink.” It was renamed Pepsi in 1898. Halton’s birth name is Barksdale Fowler Dick.

Since the sale, Halton has remained an active philanthropist best known for her support of UNC Charlotte, where the basketball arena bears her name, and Central Piedmont Community College, which has a Halton theater. She’s also served on many boards, including that of the Charlotte Symphony Orchestra.

While part of a privileged family, Halton brands herself as a fierce supporter of the underdog. Country clubs aren’t her style, she says, preferring to entertain a lunch group of longtime friends in her Myers Park neighborhood home.

Her latest passion is Aspire Carolinas Foundation, where she teamed with veteran Charlotte nonprofit executive Jennifer Nichols to create a school for third-through-eighth graders with learning disabilities related to Asperger’s syndrome and autism spectrum disorder. The Halton School has been operating for three years with a break-even budget. With additional fundraising, Halton envisions the program starting a charter school, focusing on vocational training for trades such as plumbing and culinary arts.

Halton has an extensive collection of Native American and Western American art from the many years she had a second home near Telluride, Colorado. She remains a big fan of UNC Charlotte athletics and is an avid consumer of Pepsi products.

I had been doing the advertising [before taking over as president.] I can be a very good organizer if I want. I had a lot of experience working with numerous groups. I think that must have helped. But we already had the people in place; they just weren’t allowed to do their job.

I couldn’t have done it without Darrell [Holland]. I’d known him since 1970. He was our adult Sunday-school teacher and was the last one to stop wearing white gloves to church on Sunday. We knew and respected each other.

We had such a great team. In fact, after I sold the company, we met on the first Friday of every month at Pike’s Drugs. We had to stop during the pandemic, but we’ve started again. We go to Rooster’s in SouthPark.

I got to meet a lot of people I would have never met. I got to understand politics a lot better. When I first got involved, they gave me the campaign donation checks to the women in our state legislature. At that time, Mecklenburg wasn’t making much noise in Raleigh.

Pepsi sent two of its lawyers down and met with my lawyer and myself (after she became president). They threatened to take the franchise away because I was female. I said, ‘Come on down to my courts, and we’ll work it out.’ They never did. A few years later, we were one of the top-performing bottlers.

We were a far second to Coke in the market [in 1981]. Maybe four years later, we had a better market share than Coke. Pepsi had a regional office in town, and we had to go down to see the latest dog-and-pony show. They said, ‘We’ve got the numbers. You surpassed Coke.’ I almost cry now when I talk about it. I had to leave the room. It meant so much to me to do this. It was a really beautiful moment in my life.

When we moved back to Charlotte, my grandfather had his arm twisted by Bonnie Cone (who is considered the key founder of today’s UNC Charlotte). My grandparents were the first Pepsi bottlers — ever.

He was giving money every year. When he died, I couldn’t see all these flowers coming from all over the country because of his position in the company. I suggested no flowers but donations to UNCC and its business college.

We started going to UNC Charlotte games. I wasn’t into basketball, but I felt like UNC Charlotte was the poor little downtrodden school in the system. I didn’t like that. I have an affinity for the underdog. I sort of fell in love with the school.

About four and a half years ago, some of us got together and decided that these public schools aren’t taking care of the learning-disabled children. We decided to start a school for children with Asperger’s.

In the meantime, businesses were complaining they couldn’t get people to work. They’d hire someone and train them, and then they’d leave. Someone said, ‘Why don’t you do a trade high school.’ That’s what we’re doing now.

Up until last fall, there wasn’t that much money assigned to these [educational] grants. I started playing the political game, getting involved again. Last fall, lots of money was put toward education, including grants our children can get. Our school costs almost $24,000 a year.

Those little kids just stole my heart. If you went to the school, you’d feel the warmth, the caring and the love. These Asperger students have never had friends. These kids are having play dates and overnights. We teach them social lessons. We give them the ability to learn the best way they can. ■