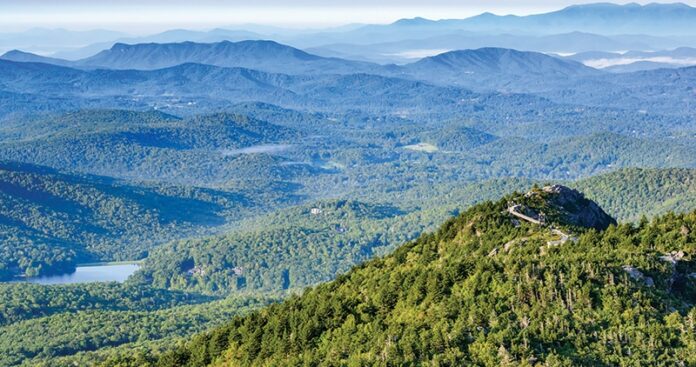 The state’s great outdoors serve a vital role during the pandemic as the popularity of hiking, fishing and boating blossoms.

Nowhere’s immune to pandemic challenges, but the past year has at least a sliver of silver lining, says Tim Gestwicki, CEO of the North Carolina Wildlife Federation, one of the state’s largest environmental nonprofit groups.

The state allocated $125,000 for the federation’s labor-intensive program to collect trash from waterways and plant a tree or pollinating plant for every 25 pounds collected. In response, more than 2,000 volunteers statewide participated in the Trees4Trash program, he says. “Mindboggling.”

At the state’s parks, fishing holes and campgrounds, the virus with its forced distancing rules and premium on safe spaces is fueling an unprecedented rush to outdoor recreation. Experts think the trend will last long after vaccines are de rigueur and the virus subdued.

Licenses and fees make up a substantial chunk of the commission’s $88.9 million annual budget, which has increased by about 10% over the last year.

Folks also swarmed North Carolina state parks at a record clip last year even though many recreation areas closed for several weeks early in the pandemic. More than 19.8 million people visited state parks and recreation areas in 2020, 1.2 million more than in 2019, according to the N.C. Division of Parks and Recreation.

“The records set in park visitation show that our outdoor spaces hold even greater value than we could have imagined before the challenges of the last year,” Gov. Roy Cooper said in a release.

On the Fourth of July weekend, eight parks were full before noon. That’s become a regular problem at many of the state’s roughly three dozen parks, parks officials say.

Venturing outdoors gives people a virus-safe change of scenery and solitude. “People are seeking solace in nature,” Gestwicki says, adding that many urbanites are making their first ventures into woods and fields.

Less obvious, adds the federation’s Sarah Hollis, are workplace structural changes that prompt people to rediscover the outdoors. “We see a lot more working from home, and the window is right there,” says Hollis, who is membership and outreach director. “People can look outside at the abundance of animals and plants, right in their own backyards.”

The downside? The seemingly boundless outdoors is in danger of being overwhelmed. “Unfortunately, some parks have experienced destruction and crowding,” says Hailey Post, an N.C. State graduate student in parks and recreation management who has been studying the trend.

Katie Hall, spokesperson for N.C. State Parks, agrees. “We’ve seen an increase in littering and damage to natural resources,” she says. The state is urging visitors to select less-frequented parks or show up early or late in the day to avoid crowds.

Such anecdotes might have a silver living, forcing the state to take a closer look at its outdoors, Gestwicki says.

“It puts the onus back on North Carolina, as one of the nation’s fastest-growing states, to keep investing in its environmental infrastructure.” ■