Nov. 6, 2018, slightly more than two years ago, was the first day of North Carolina’s coronavirus crisis.

It wasn’t a secret. Rating agency Moody’s was out the very next day with a comment headlined, “Approved ballot measures restrict states’ fiscal flexibility, a credit negative.” The underlying analysis was easy: the referendum that lowered a constitutional cap on income tax rates, approved by voters the day before, would leave the state less able to respond to crisis.

The fact that this crisis is COVID-19, rather than bird flu or a massive ransomware attack, is happenstance. Exact contours of a crisis are unpredictable; the eventual arrival of a crisis is inevitable. 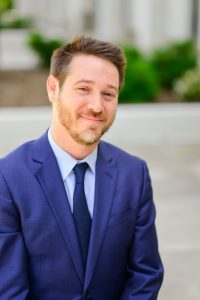 Borrowing is why Moody’s flagged the credit concern — but now it also is a key part of the way out of this crisis. The governor’s upcoming budget can prioritize virus safety more to the extent that longer-term infrastructure costs move into bond financing.

The stakes are clear — nowhere more than in our classrooms. Emily Oster, a Brown University economist leading an effort to collect data about virus transmission in schools, commented in an October NPR interview that, “when we’re seeing, you know, successful openings, they are more likely to be in places that are well-resourced, where people are wearing masks, where they’re able to enforce some distancing and limited-group sizes… districts need more help to be able to do this.”

Meanwhile, the public school system where I live, in Wake County, was still developing its 2020-21 COVID-adaptation plan a month after some of its educators were called back into the classroom. One reason is because the system lacks the resources to make any of these right decisions. I know of one teacher who is hand-sewing masks so that the students can have them. Others are teaching in satellite classrooms — single-wide trailers — that lack any ventilation system other than a window-mount fan. While continuing to operate virtually, the system depends on private grants and in-kind gifts to provide a safe place every day for students whose parents cannot be home with them.

Let’s be blunt about what this means. Educators are footing the bill, in the form of increased infection exposure, which they also bring home, on behalf of legislators who championed the lower constitutional cap on income tax rates.

The state’s rainy-day fund is no match for the sacrifice incumbent on us in this historic moment. It held $1.1 billion as of the end of October, compared to an $800 million cost of triaging just the state’s education system through August – at best, the halfway mark of the pandemic itself, just a fraction of the way into the long-term response, and setting aside all other functions of the state meant to be covered by this fund.

Hypothetically, the state budget could pivot into crisis response, but that option is not real. State-level budgets essentially pay for three things: education and health, the two sectors most badly in need of support because of this crisis, and law enforcement.

Holes like this are far easier to dig than to exit. In North Carolina right now, the bond market is one part of the way out.

Notwithstanding Moody’s comment, the state retains our AAA credit rating and commensurately low borrowing costs because of generations of prudence from Treasurers Harlan Boyles, Richard Moore, and Janet Cowell. Infrastructure funding — schools and hospitals, foremost, but also next-generation clean transportation — can and should come through bonds, and that will free up faster fiscal capacity to begin responding in earnest to the COVID crisis.

Ultimately, what this buys is time. Interest payments have their own crowding-out effect on the state budget, but at a level and a pace smooth enough that the state can work at the same time on restoring its constitutional authority to respond when crises arise.

Crises are costly — in dollars and also in lives and livelihoods. Bills eventually come due. Constitutional caps are not going to absolve North Carolina of these facts. Outsized mortality in our rural communities that have hemorrhaged health services, in part because Medicaid expansion never happened here, will push those municipalities even closer to the financial brink. Workers will drop out of the labor force with the ending of their unemployment benefits, which remain halved at the state level relative to the 2008-09 crisis, and it will show up in lower revenue and higher safety-net benefits. Children will face compounding trauma because we did not rise to the challenge of educating them in these circumstances.

Vaccines that are starting to ship right now mark the beginning of the end of the coronavirus crisis. It’s true end will be when we repeal this Constitutional amendment and restore our crisis resilience.

Matt Leatherman chairs the board of a public-health endowment in Wake County and works for a financial research nonprofit. He was policy director for former State Treasurer Janet Cowell and sought the Democratic nomination for State Treasurer in 2020. Incumbent Treasurer Dale Folwell was re-elected in November.