I’ve had the privilege to support economic development efforts across North Carolina throughout my career. Our state has a capable and diverse workforce, invaluable natural resources, and excellent hubs for business and innovation. One thing my experience has repeatedly demonstrated is that a city’s ability to compete economically is inextricably tied to the strength of its infrastructure. Specifically, I’ve witnessed cities across North Carolina lose economic development opportunities because they do not have capitalized infrastructure, such as roads and bridges, water and wastewater systems, broadband, and natural gas lines. 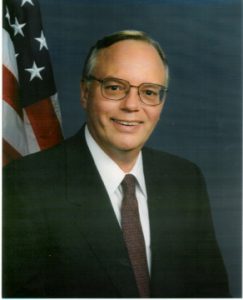 Additionally, in a White House release about President Biden’s infrastructure plan, it is noted that “For decades, infrastructure in North Carolina has suffered from a systemic lack of investment.” The same publication references more than 1,400 bridges and 3,000 miles of highway in our state that are classified as being in poor condition.

A look at the 2017 North Carolina Statewide Water and Wastewater Infrastructure Master Plan shows the severity of the need for capital investment across our state. According to the plan, “the capital cost of water and wastewater infrastructure needs in the state ranges from $17 to $26 billion over the next 20 years – more likely at the higher end of the range. These are capital costs only – the costs of operations, maintenance and on-going renewal/replacement are not included.”

We have long recognized the importance of infrastructure to maintain our competitiveness with other growing states. We have also enacted legislation acknowledging public-private partnerships as a means to address the lack of financial resources available to governmental entities to support critical public needs.

Private investment in infrastructure will supplement economic development efforts. In fact, our state’s Master Plan names infrastructure as the cornerstone of the economy. Additionally, there are studies indicating that every dollar invested into infrastructure leads to a significant long-term GDP increase.

For decades, cities across our state have been forced to neglect long-needed infrastructure investment, and we are suffering the consequences. However, we have taken important steps in recent years to position North Carolina leaders and communities to take advantage of private investment and public-private partnerships. From my perspective, it is imperative that local leaders strongly consider and vet these types of opportunities.

Veteran Charlotte developer Mark Erwin is a member of the N.C. State Banking Commission and former chair of the N.C. Economic Development Board. He served as ambassador to the republics of Mauritius, Seychelles and Comoros during the Clinton administration.