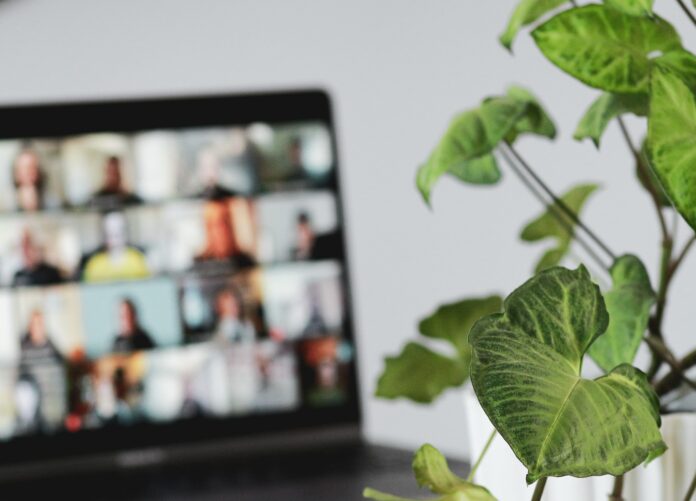 Some folks in the northwestern corner of North Carolina have come up with a way to address both problems, in what is one of the largest rural tech training initiatives in the country. If they are successful, it could be replicated, raising income levels in other rural communities, and helping North Carolina companies fill 48,000 vacant tech jobs.

NC Tech Paths is the product of a long collaboration between Wilkes Community College and the Wilkesboro-based Leonard G. Herring Family Foundation.  The goal is to give residents of Alleghany, Ashe and Wilkes counties technology skills to work remotely in IT. The motto is “Live. Train. Remain.”

This has serious money behind it and a national training collaborator, Per Scholas. It also has the benefit of good timing. Companies are more comfortable with remote workforces than they were two years ago.

If you can troubleshoot networks, handle cybersecurity, or staff an IT help desk, you can work anywhere there’s broadband, and not just for outfits you might think of as tech companies — the Ciscos or Red Hats.  Pretty much every enterprise of any size is a tech company, with networks, servers and security threats. Most interact with online customers. They need tech talent, and if that talent is in North Wilkesboro or Sparta or West Jefferson, that’s OK.

NC Tech Paths really had its roots five years ago when Jeff Cox, president of Wilkes Community College, launched a strategic planning process for the school. He had help from the John M. Belk Endowment to get started, and then funding from the Herring foundation. The problem Cox was trying to address was a familiar one in many rural counties. The area served by the college has a median household income that is three quarters of the state average. The poverty rate is also higher.

One way to raise incomes is training folks for better jobs. But a lot of students who enrolled at the college never completed and a lot of high school students had no college plans at all.

Executing the strategic plan has helped the college to boost the graduation rate, getting the three-year completion rate — a standard measure — to move from 25% to 45%. That was a big accomplishment, that required fixing processes and removing barriers that cause students to stop.

But that didn’t address a larger problem, how to provide graduates good jobs so they wouldn’t have to leave the northwest.

When Cox launched the planning process, he brought in a young entrepreneur, Zach Barricklow, to manage it as vice president of strategy. Barricklow was originally from Michigan, but his wife, Lauren, whom he met in Panama in the Peace Corps, was from Sparta, and they were living in Alleghany.

Craig DeLucia, the Herring foundation CEO, says Zach told him in 2019 “‘I think we should look at telework because that’s such a growing segment of the population, and we can serve that from our service area.’” Folks in the three counties could be trained and stay in the area, working remotely in good-paying jobs, taking advantage of the region’s very fast broadband network.

“And I said, ‘Zach, you’re nuts. What’s going to happen in this world that’s going to lead companies to embrace remote work at scale?” The answer, of course, came in March 2020.

The pandemic sent many companies remote, and not long afterwards, DeLucia got back to him. “I call Zach and I say, ‘Fire up the oven, heat up the crow. I’m ready to eat it. Let’s dig in on this.’” DeLucia, an accountant by training, is now president and CFO of NC Tech Paths; Barricklow is executive director, which fits with his new, dual role at the community college as vice president for rural innovation and organizational change.

“When you look at stats,” says Barricklow, “93 to 95% of the tech workers were completely unfazed by the pandemic in terms of their ability to continue working. More than any other occupation. So, in terms of being remote-friendly and in terms of average pay, when we look at the average pay of these jobs, it is double the median household income of our service area.” (Which is around $37,000 to $45,000, depending on the county.)

The Herring foundation’s role in the creation of NC Tech Paths was critical.  The foundation was started by the late Leonard Herring, who was CEO of the Lowe’s home improvement chain that got its start a century ago in North Wilkesboro.  Although it is now headquartered in Mooresville, Lowe’s is still one of the largest employers in Wilkes County. The foundation and its current president, Lee Herring, have a particular focus on the role of the community college in helping folks in the state’s northwest corner improve their standard of living.

DeLucia felt three things needed to happen to build a remote tech workforce in the region. First, training needed to be faster than the typical two-year community college curriculum. Second, it had to be tightly focused, “where we were able to train talent not to be generalists, but to meet the literal hiring specs of specific companies.”  And third, obviously, the jobs needed to stay in the region; companies recruiting from the program would need to be OK with remote workers.  “We export far too much of our top talent,” says DeLucia.

The foundation landed a partner to provide high-quality boot camp-type training in Per Scholas, a New York-based nonprofit that offers tuition-free tech training and has relationships with 600 employers nationally who have hired its 13,000 graduates. The company was already opening up a Charlotte campus at the request of a specific employer. The Wilkes-Alleghany-Ashe project is its first venture outside of the nation’s big cities, and could be Per Scholas’ template for rural tech training elsewhere. The company expects to train 2,500 folks in North Carolina over the next three years, says CEO Plinio Ayala.

Last fall, DeLucia set up NC Tech Paths as a non-profit to partner with Per Scholas and the community college, and possibly other educational institutions. One interesting feature of the program will be a building in North Wilkesboro that will provide a place for the remote workers to collaborate in person.

“I believe the future of work is distributed,” says DeLucia. “Everybody doesn’t have to move to where the company is. But I also don’t believe that work-from-home five days a week is a long-term, sustainable proposition for companies or employees.

A group of students is in the first virtual boot camp for software engineering training, a 16-week program that ends in mid-May.  “And then we’ll have the next wave, which is focused on IT support, that will run through the summer,” Barricklow says. Students are dual-enrolled in the community college. Ideally, they can not only get industry certifications, but they can also build credits towards a two-year degree.

Barricklow and DeLucia both stress that helping students get into good-paying careers really has to start in the high schools and even earlier. Another former Lowe’s executive’s family has funded the Robert L. Strickland Career Coach Program in area high schools. The significance is this: Every year, some 400 students graduate from local high schools with no college plans, around 40%.

Not all of them want to work in cyber-security or software development. But coaches can help some of them see the benefits of taking community college courses while in high school or looking at shorter term certificate programs like NC Tech Paths. They can show them the possibilities. High school students — and, especially, their parents — need to know that even a 12 to 18-week investment in training can make the difference between a series of dead-end, low-paying jobs, and an on-ramp to a career that will support a family.