A walk down Stonewall Street in downtown Charlotte made me realize how much I take for granted in terms of Charlotte’s rapid growth. Fact is, the seven-block stretch along Stonewall Street between Bank of America Stadium and a dowdy county office building near McDowell Street probably contains the greatest amount of money invested simultaneously in adjacent commercial real estate in North Carolina history. 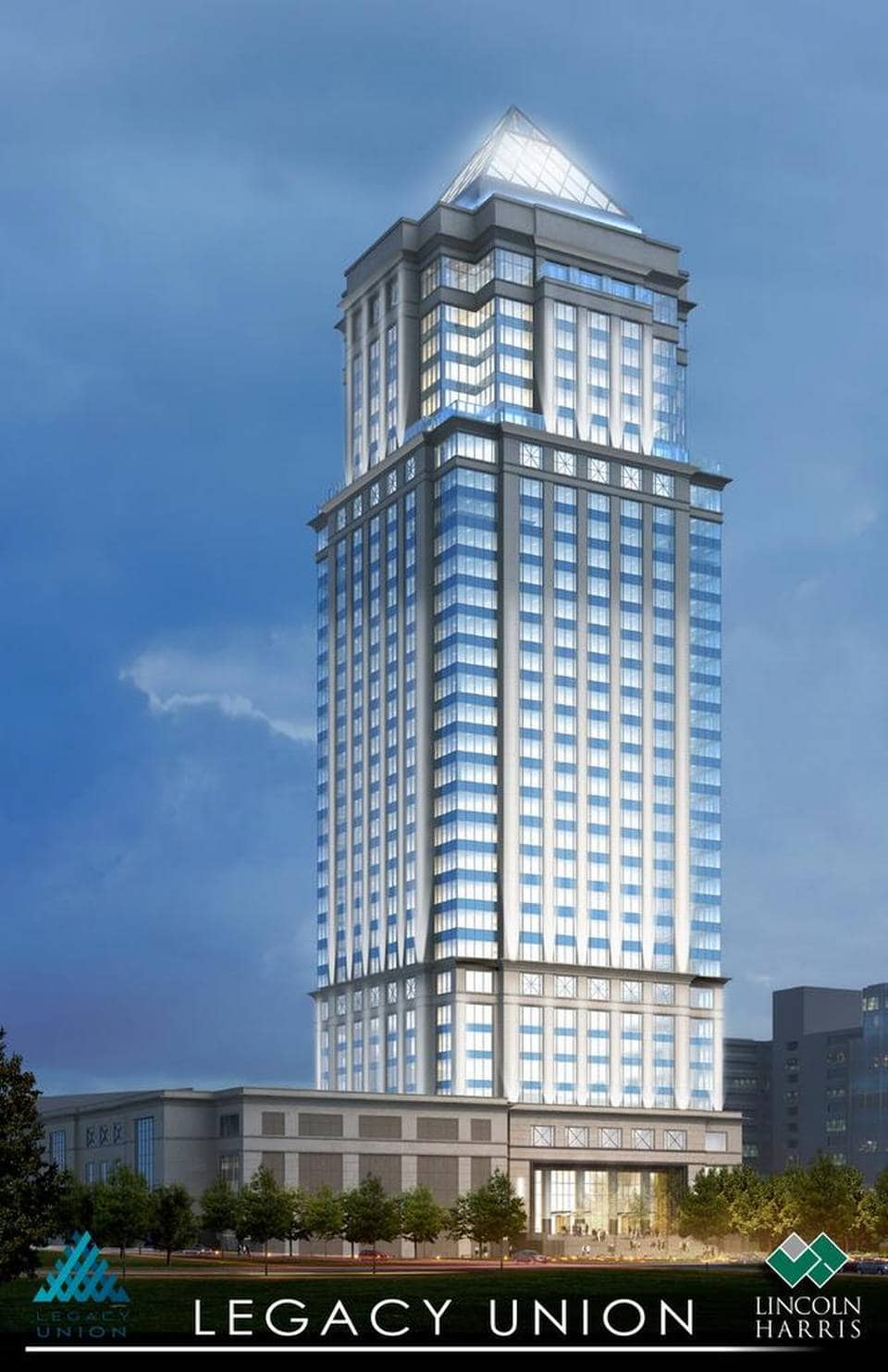 Rendering of the Legacy Union building

Starting at Mint Street, there’s the 33-story, 850,000-square foot Legacy Union building that Lincoln Harris will open next year. It will mostly be filled with Bank of America employees, though arch rival Goldman Sachs is a building investor. Johnny Harris and his son, Johno, are project quarterbacks. 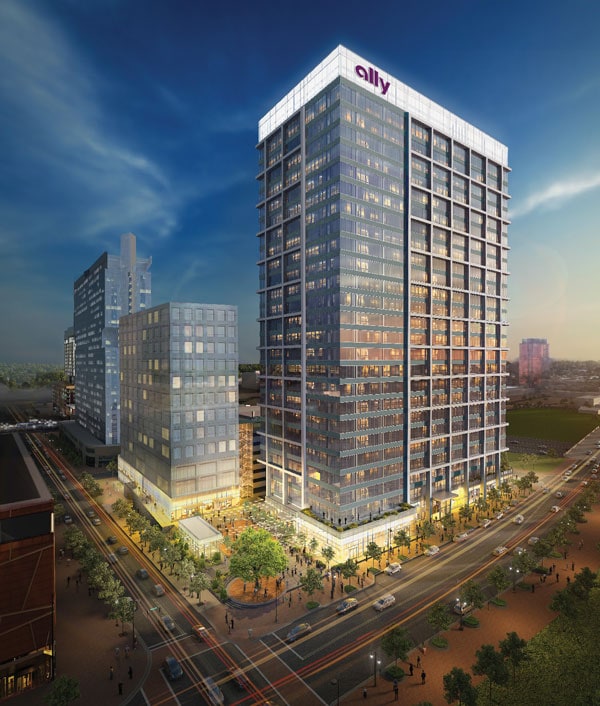 Moving past the Westin Hotel is Crescent’s Novel Stonewall Station, with 459 apartments  being leased and a Whole Foods Market opening this summer.

Just east, Northwood Ravin is developing Uptown 550,  a 22-story apartment building with 421 apartments. It’s a signature project for David Ravin and John Kukral, who created their real-estate partnership in 2011.

Then let’s say Legacy Union and Ally Center are leasing their combined 1.6 million-square feet of office space at $32 a square foot. If they can fill it up, that’s about $50 million. Add in retail rents and it looks like these projects can kick off about $80 million annually. It’s all leased property, all the equity upside goes to the developers.

Barring a collapse of Charlotte’s financial industry, there’s likely more to come: The east end of Stonewall Street abuts the proposed Brooklyn Village redevelopment of an area now dominated by empty parking lots, government buildings and a little-used park. Millions of square feet of office, residential and retail are forecast for that project over the next decade, though no dirt has moved so far.

These truly are the golden days of real estate development in Charlotte, North Carolina.