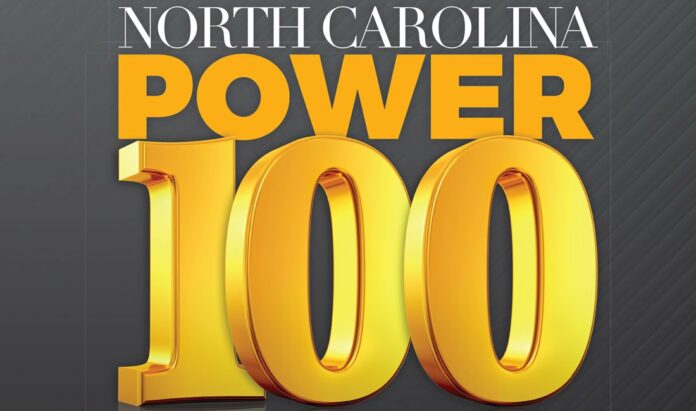 Selecting North Carolina’s most influential business leaders could be as complex as counting sand crystals at the beach, but it’s a lot more fun. No one expects the list to be “right,” because influence is subjective and the state business community is packed with so many powerful people. But this best effort stems from gathering ideas from dozens of businesspeople across the state and relying on our staff’s collective knowledge based on many years working in North Carolina. Our goal is to cite influential folks who are making a significant impact in their enterprises, industries and, in many cases, the broader community. We omitted political leaders and those who spend very little time here. We also sought individuals who often operate behind the scenes and avoid publicity.

Gathering information about these leaders gives us a renewed respect for the dynamism of North Carolina’s economy. The state benefits from rapid growth in its largest metro areas, abundant natural resources and an unmistakable pro-business attitude. The list includes a mix of people who are second-, third- and even fourth-generation family-business leaders (Frank Harrison III, David Congdon) and newcomers who’ve built cutting-edge operations from scratch (Michael Praeger, Doug Lebda).

Reflecting our mission as a statewide business publication, we looked for leaders making important strides outside the three large metropolitan areas. While we found impactful leaders in smaller regions, power is increasingly concentrated in bigger cities as banking, retailing, utilities and other industries consolidate.

We look forward to hearing your thoughts.