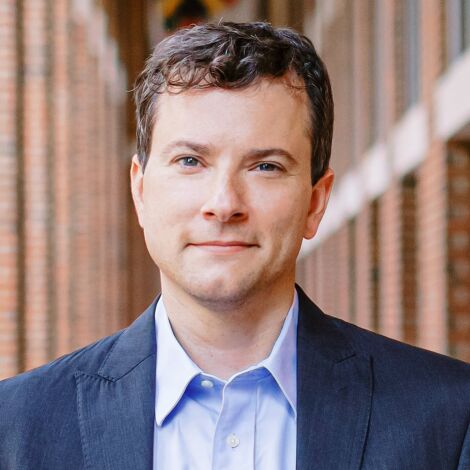 During the seven years John Gallemore taught at the University of Chicago, he worked with some Nobel Prize winners and guessed which colleagues were most likely to win the prize down the road. But his love for his home state prompted him to accept an offer to return to UNC Chapel Hill this fall as an associate professor of accounting.

Gallemore is one of nine new full-time faculty members hired at Chapel Hill’s Kenan-Flagler Business School, including seven women. They all have interesting backgrounds, including Laura Sonday, who worked as a Google strategist in San Francisco and Santiago, Chile and Daniela De La Para who was a professional chess player for 12 years.

Gallemore is a big catch for Chapel Hill, however, coming from one of the world’s leading business schools. He was named among the 40 top professors under age 40 in 2019 by Poets & Quants, which covers business education.

Why leave Chicago for Chapel Hill? “I loved the time I spent at the University of Chicago because it’s a great city and a great university,” he says. “But I’m a born and raised Tar Heel and this is home for me and my family.”

Gallemore and his wife, Corie, are from High Point where they attended High Point Central High School. He later earned a bachelor’s degree, MBA and Ph.D. in accounting at Kenan-Flagler.

The chance to return to work with the school’s highly regarded accounting professors and tax experts made it an exciting opportunity, he adds. He praises colleagues including Kenan-Flagler Dean Doug Shackelford and professors Ed Maydew, Eva Labro, among others.

“When they approached me about coming back, they said that they’ve been here a while and have had a good run, but they were starting to think about the next generation,” he says. “That was a perfect appeal because I can come back and be part of the future of North Carolina. It’s like a dream come true.”

Gallemore’s research focuses on how the decisions of businesses and local economies are impacted by tax policies, enforcement, incentives and other factors. “It’s gratifying to do research that has clear policy impacts,” he says. “It gets exciting for me when policymakers say that this work directly informs how we need to structure our tax policy.”

I asked Gallemore to share his general views of North Carolina’s tax system, but he was wise enough to defer that question for another day. No need to play his cards right off the bat.

He noted that his oldest daughter was born in Chapel Hill before he left for Chicago, while the couple welcomed another daughter a couple months ago, back in North Carolina. “We’re Tar Heels,” he says.