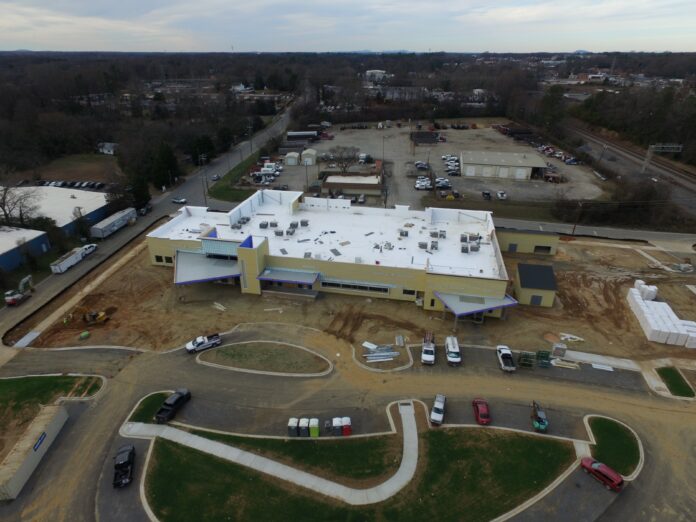 “It started off as an idea, and now there are walls,” says Emily Cook, marketing and communications manager at Humane Society of Charlotte. After years of dreaming and planning, the nonprofit is on schedule to open a larger shelter this spring.

Its current campus is owned by the City of Charlotte and has served as the organization’s home since the early 1990s. It includes several different buildings totaling about 10,000 square feet. The new building will more than double the size. The nonprofit has raised more than $14.5 million of its $15 million goal.

Animals at the new building will have their own indoor, climate-controlled, low-stress kennels, which Cook refers to as “small hotel rooms.” It will also feature expanded indoor adoption counseling and interaction areas, a cat café, kitten condos and kennels, an education court and other improvements.

The society impacts about 20,000 animals annually, but hopes to increase that number to 30,000 with the larger facility, Cook says. During the pandemic, it has seen an increase in adoption numbers. Last year, a record 3,431 animals were adopted versus 2,999 a year earlier.

The group also raised about $3.3 million last year for its operations, in addition to funds for the new facility.

The added space will benefit the animals and create more space for the group’s 65 employees, plus lots of volunteers. “Our staff is really excited to all be together,” Cook says.

“There has been a lot of very thoughtful and mindful consideration that has gone into the design of this building,” she says. An opening is slated for April or May.