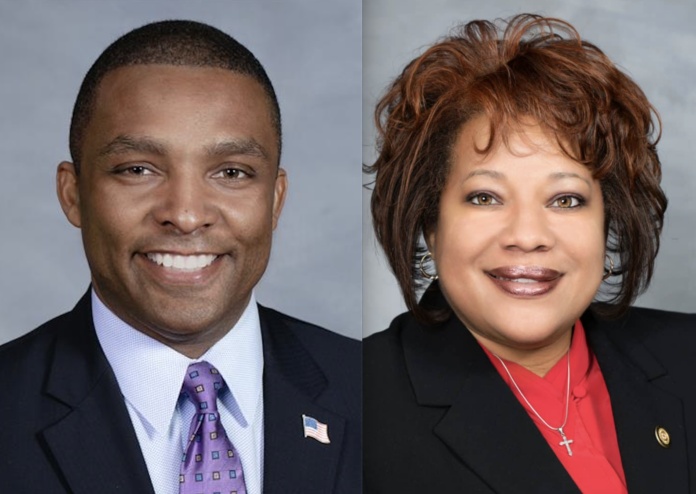 This story originally appeared in the North Carolina Tribune, our new subscription newsletter focused on the intersection of business and politics. You can sign up here. And check out a sample issue by clicking here.

The American Israel Public Affairs Committee is expanding its support for Democratic N.C. Sens. Don Davis and Valerie Foushee in their congressional primaries. A second Super PAC tied to AIPAC, called the United Democracy Project, is spending more than $313,000 on ads backing Davis in the 1st congressional district and more than $293,000 on pro-Foushee TV and other ads in the 4th district.

Some Democrats have been criticizing AIPAC’s involvement in the primaries, pointing out that the group has typically supported Republican candidates, including some who voted against certifying the results of the 2020 election. Davis’ opponent, former N.C. Sen. Erica Smith, is among them.

“There simply is not enough in-district money to compete with outside spending of this level and that’s a troubling reality about the current state of American politics,” Smith spokesman Morris Katz said. “All the money in the world though doesn’t change the fact that Don Davis spent the past half decade obstructing Gov. Cooper’s agenda and restricting voting rights and access to reproductive healthcare.”

United Democracy Project says on its website that it “works to help elect candidates that share our vision and will be strong supporters of the U.S.-Israel relationship in Congress.” AIPAC gave it $8.5 million in January. Its pro-Davis ad describes his Air Force service and says he “protected Medicaid” and will “protect women’s right to choose.” Davis has faced criticism for past votes in favor of legislation restricting abortion, though he says he supports abortion rights.

In addition to Davis and Foushee, United Democracy Project has backed one other congressional Democratic candidate this year: Shontel Brown in Ohio.

One difference in AIPAC’s involvement in the 4th district and the 1st is that Davis’ campaign report doesn’t list contributions bundled through the group, although Foushee’s does. But 10 of the donors to the Davis campaign in the first quarter who gave the maximum amount also gave to AIPAC or to the Foushee campaign through AIPAC.

Smith’s campaign thinks those donations may have been improperly reported. “It’d be up to the FEC to formally investigate but given what’s on the public filing we’re highly skeptical that there was not misreported bundled contributions,” Katz said.

Asked to comment, Davis campaign manager Emma Gore said “Sen. Davis’ report is correct and compliant as filed.” The Davis campaign did not respond to my request to comment on the AIPAC involvement in the race.