Much is made of the record cash being held by U.S. nonfinancial companies (nearly $2 trillion at the end of 2013). Critics argue corporations are keeping profits made overseas away from U.S. tax collectors, but a look at the 10 biggest nonfinancial companies in North Carolina shows mostly modest cash increases — and a few decreases — since 2007. A similar trend is evident nationally, Wharton School accounting professor Wayne Guay says. He attributes the controversy to Apple Inc. (nearly $40 billion in cash) and other high-profile companies with massive balances and the passion elicited by charges of tax dodging. 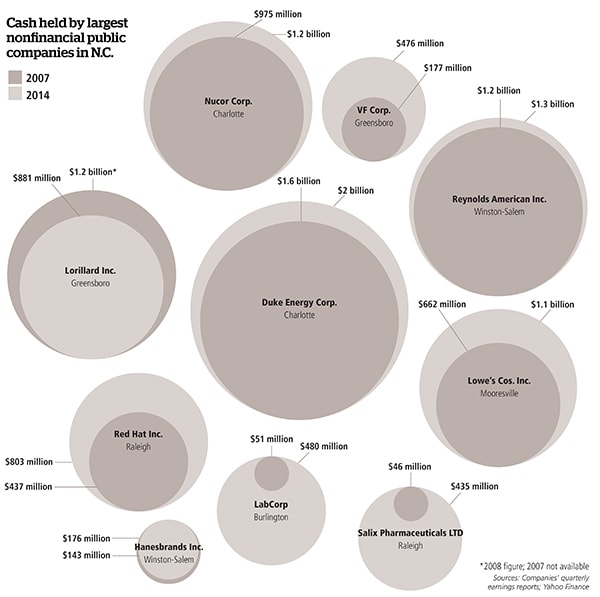