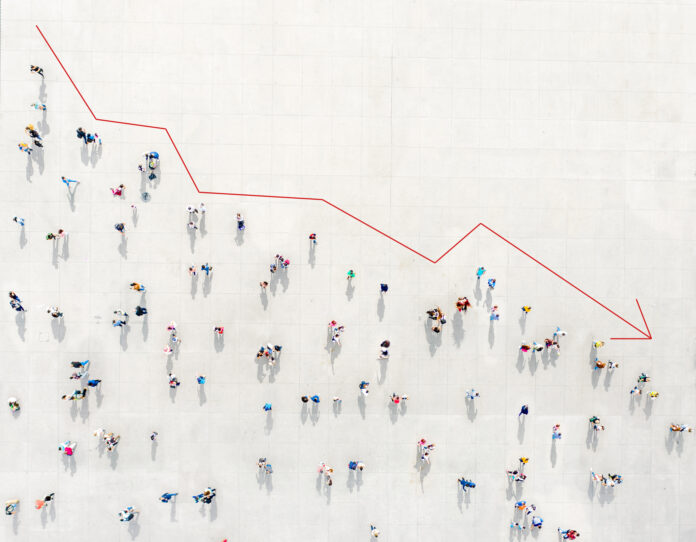 The North Carolina unemployment rate came out Friday for July. It was unchanged from June at 3.4%, seasonally adjusted. It is 1.5 percentage points lower than a year ago. It is lower than the national rate of 3.5%.

I talked with Laura Ullrich about the jobs data after the numbers were released. She is a senior regional economist with the Federal Reserve bank of Richmond and a former economics professor and administrator at Winthrop University in Rock Hill, South Carolina. She analyzes the numbers and then talks to reporters on conference calls in our Fed district, and that’s why we were chatting. I dialed in as she was winding up with reporters in South Carolina, where the rate is 3.2%.

Although the statewide jobless rate gets a fair amount of attention, it is just one number. There are other data points that give a more complete picture of how things are going.

North Carolina now has 162,100 more folks working than pre-pandemic, said Ullrich. The U.S. has basically recovered all the jobs lost during COVID, but it is flat to February 2020. “So, North Carolina did well,” she said.

Some sectors have recovered better than others, but nearly all gained jobs in July. Government, which has not recovered all the jobs that were lost in North Carolina, added 12,900 in July. Professional and business services, now with 10% more jobs than pre-pandemic employment levels, added 5,100 jobs last month, Ullrich noted. Financial activities, a sector that has been the strongest performer for the last couple of years, added another 700 jobs in July and is now up 30,200 jobs compared to pre-COVID.

Companies in some sectors are having problems hiring.

“I have people ask me all the time, ‘Where are the workers?’ Because they’re still seeing labor shortages,” said Ullrich. “They go to McDonald’s and the lobby’s closed. Or they go to a restaurant and there aren’t enough waiters.

“But the answer to that is, really, the workers are working. And now many of them are just working in different sectors.”

Professional and business services, plus financial activities, are up a combined 98,800 jobs. And trade, transportation and utilities are up almost 50,000 jobs, compared to pre-pandemic levels.

“So, some of this is that people that used to be working at McDonald’s and working as a waiter have shifted into these other industries,” said Ullrich. “People who used to work at McDonald’s might be working in an Amazon warehouse or at Target. So, we’ve had a major shift in employment.”

School districts are experiencing teacher shortages, and there are also problems filling child care and nursing home positions, she said.

Over the past 20 years, as the oldest Baby Boomers started to retire, the national rate has declined, from a high of more than 67% in 2000. When the pandemic hit the economy with full force in March 2020, many folks left the labor force. Maybe it was because they had been laid off and decided not to seek another job for a while. Or maybe they had been considering retirement and the pandemic made their minds up. This was the so-called Great Resignation. The national rate dropped to 60.2% by April 2020. It has inched back up.

But Baby Boomers will continue to retire – the youngest ones born in 1964 are 58 – and so this is a headwind facing the economy. The St. Louis Federal Reserve bank estimates that there were 2.5 million extra retirements in 2020 and 2021, said Ullrich.

Possibly, our lower labor force participation rate, compared to the national average, comes from our popularity as a retirement destination. “[Retirees] spend a lot of money and they buy nice homes,” Ullrich said. Which is good, but it doesn’t necessarily expand our workforce. “It’s unlikely to get somebody that’s over 65 who is retired, really, back into the labor force in a meaningful way.”

There are other potential workers not in the labor force for a variety of reasons. Some people with young children can’t work because they can’t afford child care.

Another pool of potential workers are folks who have had contact with the criminal justice system, either arrests or incarceration. The N.C. Department of Commerce has been working on this with its Reentry Initiative, and there are programs to reduce employer risk.

“There are more people working in the state now than were working before COVID,” said Ullrich, “but in order for us to continue to grow employment, it’s going to be really important to think about the people that are on the sidelines, that aren’t in the labor force, and to try to find ways to integrate them into the workforce.”

Richmond Fed economists like Ullrich are constantly talking to business owners and executives around the district, from South Carolina to Maryland. Those conversations are particularly frequent when the economists are compiling information for the district’s section of the Beige Book, which is used by the Fed’s interest-rate-setting Open Market Committee to gauge how the economy is doing in different regions. The next book comes out Sept. 7.

They’re hearing that manufacturers are having a hard time getting people to work overtime. Some of that may be related to increases in wages. People have more money, and maybe don’t need the extra hours.

They’re also seeing the slowdown in residential real estate, which isn’t surprising; mortgage rates have risen in response to Fed rate hikes. In the past 18 months, the average 30-year fixed-rate mortgage has gone from 2.73% to 5.13%. according to the St. Louis Fed.

“Now that could change, but right now, today, most of what we’re hearing is still quite positive.”

The Carolinas have fared well, but conditions may vary around the country. The next Beige Book will provide a look at what’s happening in other Fed districts. We know some of that now, from last week’s state jobs numbers around the country. Ullrich pointed out that as low as North Carolina’s unemployment rate was in July, it isn’t the lowest. There are 27 states with lower rates, like Minnesota, at 1.8%.