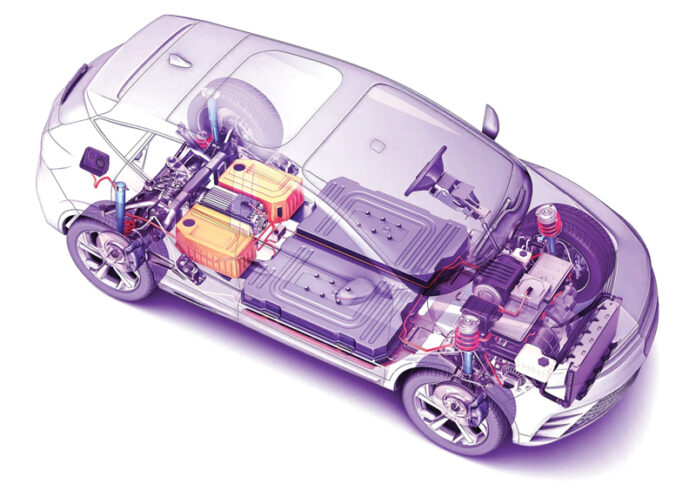 It’s the biggest investment for a project receiving state incentives, and the largest plant using silicon carbide to make chips, a technology that Wolfspeed now dominates. Industry analysts expect silicon carbide chips to make up more than 20% of the power semiconductor market by 2027, versus 5% now.

Wolfspeed says it will open the first phase of the plant in 2024, with additional expansion to follow. It is to be built on a 445-acre tract at the 1,800-acre Chatham-Siler City Advanced Manufacturing Site owned by Greensboro businessmen Tim Booras and D. H. Griffin. It is about 30 miles southeast of Greensboro and within 40 miles of multi-billion plants proposed by Toyota Motor and VinFast, a new Vietnam-based electric vehicle manufacturer.

Wolfspeed may save more than $600 million in property tax payouts and other benefits over the next 20 years under an agreement with Chatham County and Siler City. The amount of those incentives hinge on a variety of metrics, including the number of new employees and pay levels. Salaries are expected to average about $78,000 annually.

The state also approved an incentives package worth more than $159 million, including a grant worth $76 million if Wolfspeed meets its investment and job targets. State lawmakers allocated $57.5 million to support water, road and other infrastructure work at the project. The city of Asheboro’s water system is being expanded to serve the plant.

Then there’s Uncle Sam: Wolfspeed is likely to tap the federal government after Congress passed the Inflation Reduction Act, which includes $52 billion to support new chip manufacturing plants in the United States.

The company’s proposed investment dwarfs its annual revenues of about $750 million last year. But CEO Gregg Lowe says sales could hit nearly $3 billion by 2026 because of mushrooming demand for chips used in electric vehicles and other products. The company had a market value of about $14.5 billion in mid-September. It says new orders have doubled over the last year for more than 9,000 projects by customers including Amazon, Apple and Microsoft.

Wolfspeed employs about 2,500 people in the Triangle and was formerly called Cree, which was founded in 1987 by some N.C. State University graduate students. It was long known for its light-emitting diode technology. Lowe, a longtime Texas Instruments executive who joined the business in 2017, led a restructuring that split off the chip and lighting businesses.

Wolfspeed has fabrication plants in Durham and near Utica, New York. The latter $1.2 billion site opened earlier this year, lured by a $500 million incentive pledged by the state of New York.

Wolfspeed’s decision “is another milestone in our drive toward a clean energy economy as it will boost electric vehicle manufacturing and offshore wind while fighting climate change and putting money in the pockets of everyday North Carolinians with great paying jobs,” Gov. Roy Cooper said in a press release. ■