NC trend: The quiet style of the Anonymous Trust

After a dozen years under the radar, a Raleigh foundation is making some waves.

The Anonymous Trust isn’t named Anonymous for nothing. With $285 million in assets at the end of 2021, it ranks among the state’s 20 largest foundations. But since its launch 12 years ago, it’s kept a low profile and a keen focus on addressing the many human-service issues facing eastern North Carolina.

Started from the estate of the late Nancy Bryan Faircloth, the trust has three employees, two board members and no formal office or website. Friends and family say the low- overhead, no-nonsense style would fit Faircloth, a resident of Raleigh and Greensboro who died in 2010 at the age of 79.

She was the youngest daughter of Joseph M. Bryan and his wife, Kathleen Price, an heir to the fortune built by Julian Price starting after World War I. His linchpin was Greensboro-based Jefferson Standard Life Insurance, which became a national powerhouse. Lincoln National bought the company for $7.5 billion in 2006.

Joseph Bryan married Kathleen Price in 1927 and helped expand the company into broadcasting. He died at age 99 in 1995, having set up charitable entities, including an eponymous foundation that was instrumental in attracting Toyota Motor’s big electric-battery plant under construction near Greensboro.

While Anonymous is bigger than Joseph Bryan’s main philanthropy, its profile is smaller — just the way Nancy Faircloth would have liked. She didn’t believe foundations should have fancy offices or bloated operating budgets lest they become “all puffed,” says her only daughter, Anne Bryan Faircloth.

“The whole point behind the anonymity, behind the name, was to avoid that. Keeping your name out of it, that’s one way to stay humble,” Anne Faircloth adds. “She liked to keep her philanthropy low-key, thought that was the right way to do it, but she’d rattle the cage and make some noise when it was needed.”

Recently, the cage has rattled quite a bit. Over the past two years, the trust has awarded more than $15 million to public colleges in eastern North Carolina. That includes the fund’s largest gift, a $7.2 million grant to N.C. State University’s School of Education to enhance teacher training and diversity, and a $5.9 million grant to Fayetteville State University for a variety of projects. It’s a record donation for the historically Black university.

Anonymous also made a $2.9 million gift to UNC Pembroke for its Brave Scholars program, aimed at recruiting future teachers from and for Columbus, Robeson and Scotland counties. East Carolina University’s Partnership Teach Program got a $225,000 grant.

The gifts were the trust’s answer to an obvious need, not a planned coming-out  party, says Debbie Aiken, the executive director.

“It’s no secret that education is  a serious issue in  eastern North Carolina and that there is a real scarcity of quality teachers in that area,” Aiken says. “We also hope this can drive an increase in the diversity of the teachers there. There was a need that fit with our mission. It made sense.”

Since its inception the trust has focused on education, though it now provides similar support for other human-service categories. Its first gifts included an unusual scholarship program that provides as much as $50,000 a year in need-based grants for a Sampson County student to attend a private, liberal arts college outside North Carolina. Multiple students receive awards each year.

Sampson is the focus because it is Anne Faircloth’s hometown and current residence. She owns Clinton-based Faircloth Farms, an agriculture, real-estate and timber conglomerate developed by her father, former U.S. Sen. Lauch Faircloth. He is 94.

Margaret Turlington, a CPA who was the trust’s only employee (and part-time at that) for its first seven years and is a program director, says the scholarship causes lots of double takes.

“When I’m at a national meeting, people always say, ‘Wait, can you tell me that again? The students have to leave the state?’” Turlington says. The point is to expand horizons beyond the Sampson County norm.

More than 69 students have finished or are completing a degree through the program at a dizzying array of schools, including Abilene Christian, Brandeis, Harvard, Middlebury and the University of the Pacific. Among the scholarship winners was Jose Matute, who became Ohio Wesleyan’s first DACA (Deferred Action for Childhood Arrivals) Dreamer student and its first Latino student body president.

The foundation recently partnered with Interfaith Prison Ministries of Raleigh to fund a new re-entry program to aid female prison inmates as they return to society. With more than $1 million of support from Anonymous, the program helps cover bills for housing and education Kim Breeden, a veteran nonprofit executive who is the trust’s senior program officer, is leading the initiative. She brought Interfaith together with other entities in a partnership that reflects the trust’s holistic view of problem-solving — gifts may be as much collaboration as cash.

“So much of what we do is not about the gifts but about the relationships,” says Aiken. “We work very consultatively. It’s a lot of what we do. Nancy (Bryan) was known for that. I hope we are, too.”

Anonymous’ relationship work is especially meaningful to the dozens of small nonprofits it helps. Helping the “little guy” is a central mission, although it means extra hours for the staff since a small grant often requires as much work as a big one. It made gifts to more than 80 different grantees in the past three years.

“I think one of the reasons we don’t do much bricks and mortar (capital projects) is because if you’re an organization with the capacity to build a facility, our thought is that you probably don’t need us,” says Faircloth. “We like helping the smaller organizations that reach people one on one.”

As Anonymous gears up for a higher profile future, there are plans for a return to the truest possible form of anonymity: nonexistence.

Faircloth says the long-term script calls for spending out the trust’s corpus — that is, giving away everything.

That happened at the Stewards Fund, a foundation Nancy Bryan Faircloth started and ran until Anne Faircloth took over in 2000. The Stewards Fund, which gifted more than $70 million during its life, gave away its last dime last year.

“I’ve been on the investment committee of some other boards and there’s a great temptation to get excited about your benchmarks, how you’ve grown,” says Faircloth. “And yes, it is good to make more so you can give more away. But if you’re more excited about total return than total impact, you’ve gone off track. So the plan here is to give it all away.”

When? Faircloth shrugs. She doesn’t know except the trust won’t be around forever. That’s not her mom’s style, nor hers.

“I’d like to continue for a while because we’re just beginning to have a real impact,” says Faircloth, who is in her early 50s. “But we’re not going to have some perpetual monument to us. I can tell you that.” ■ 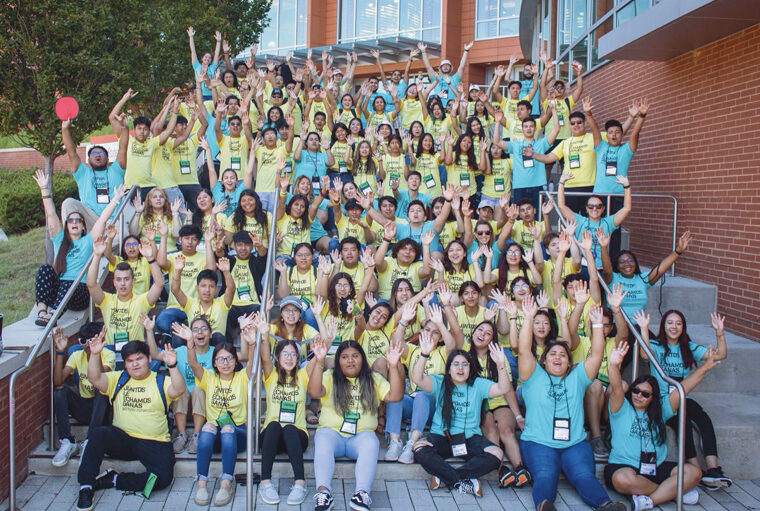 Anonymous Trust opened with a corpus of $181 million around the time of Nancy Bryan Faircloth’s passing. A dozen years later, a long bull market pushed assets to $285 million last year, even as the trust has given away more than $88 million. The pace of giving is accelerating with more than $50 million in grants from 2017-21.

Meanwhile, the trust is managed differently than many peers. Debbie Aiken and Anne Faircloth guide the investments with input from Paul Elam, principal of Raleigh’s Oak Harbors Wealth Partners, and Greg Gajowski, who works in Charlotte for the Minneapolis-based Piper Sandler investment firm. The funds are not held in discretionary accounts, and there are no management fees, a big expense for similar-sized foundations.

“We manage it carefully,” says Aiken, a former wealth management officer at Fifth Third and SunTrust banks. “It’s been very much a ‘buy and hold’ strategy. We don’t do a lot of trading. We’re opportunistic and smart. It’s worked well for us.”

Tax regulations require foundations to disburse at least 5% of the fair-market value of the estate annually. It has consistently exceeded that level, Aiken says. ■