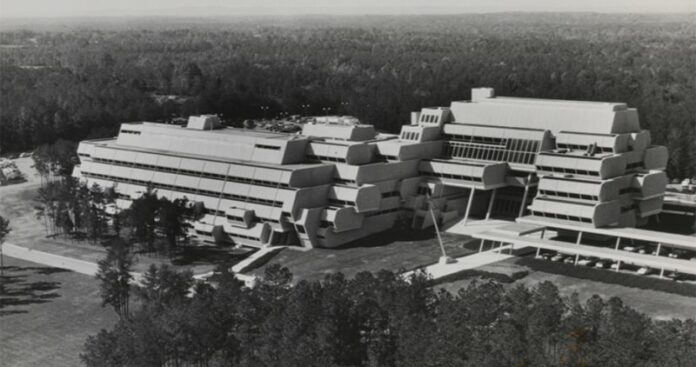 Nothing piques intrigue quite like a spaceship-shaped building located in the middle of Research Triangle Park’s vast network of technology and life-sciences offices. Designed by famous architect Paul Rudolph and built in 1972, the 300,000-square-foot Elion-Hitchings Building served as an incubator for many life-saving drug discoveries. Most notably, it’s where Nobel Prize-winning researchers Gertrude Elion and George Hitchings worked on the groundbreaking HIV/AIDS drug Azidothymidine — also known as AZT — in the 1980s.

But buildings, even a world-famous example of the massive geometric Brutalist architectural style that emerged in the 1950s, don’t always stand the test of time. Property owner United Therapeutics says it’s functionally obsolete, riddled with asbestos and environmentally unsustainable. A demolition permit is in place with plans to knock down the structure and clear the site early next year.

That decision has caused an uproar from preservation groups including the Paul Rudolph Heritage Foundation, a New York-based nonprofit that is trying to save the building. A Change.org petition had nearly 5,000 signatures in early November supporting its protection.

In an architectural trade publication, critic Kate Wagner described the building as “priceless, unique, a work of spatial, formal brilliance. To its owners, it is a burden, a resource sink, a negative sign on a spreadsheet.”

That’s an unfair characterization, according to the Silver Spring, Md.-based pharmaceutical giant, which promises big plans for the site, though details haven’t been disclosed. The project depends on how fast its research initiatives — which include 3D-printed organ manufacturing, xenotransplantation (transferring living cells or organs between species) and regenerative medicine — make it to the market.

United Therapeutics has been a great North Carolina life-sciences success story. Early in its history, founder Martine Rothblatt, who lives in the Washington, D.C., area, sought connections to researchers studying pulmonary hypertension at Triangle universities. In 1996, the company started a team in RTP’s First Flight Venture Center with fewer than 10 employees. It now employs about 430 people at what it considers to be a second headquarters.
After constructing a $50 million research and manufacturing RTP site in 2009, it acquired 132 acres of adjacent property for s$17.5 million three years later. The seller was pharma powerhouse GlaxoSmithKline, which employed as many as 5,000 people at RTP at one time but has cut that number sharply in recent years. The purchase included the Elion-Hitchings Building, which was built by United Kingdom-based Burroughs Wellcome decades before its sale to Glaxo in 1995.

Former Glaxo CEO Bob Ingram recalls that on the day the deal closed, “I told my friend, Phil Tracy [Burroughs Wellcome’s CEO], how much I admired the building. I remember his response was, ‘Well, I’m glad you do because you now own it.’”

It was a signature piece of architecture for RTP, mainly used for administrative functions and some research and development at the time of the Glaxo-Wellcome acquisition. Elion became a dear friend and mentor to Ingram before her death in 1999, he says.

“To me — and I think Trudy [Elion] would say the same if she were here — you want to be proud of the past, but you want to always look forward,” he says. “The fact that the site will still be used by a research-based, life-sciences and pharmaceutical company is a testament to what we have here in the Triangle.”

Since 2012, United Therapeutics has developed regenerative medicines at two nearby buildings. Its work includes populating the scaffold of a decellularized pig lung with human cells, essentially creating a human lung from scratch. That’s just one possibility of a blockbuster new treatment, however.

“We are currently working on several exciting organ-manufacturing initiatives, [and] if any of those projects are located at RTP, it will create a very significant number of new jobs,” says Dewey Steadman, United Therapeutics’ head of investor relations. “With over 100,000 U.S. patients on the organ waiting list, there could be a strong demand for the organ products we develop. We want to make sure we’re up and ready to go when our organ products become cleared by the [U.S. Food and Drug Administration], so we need to be as flexible as we can.”

United Therapeutics says it’s committed to documenting the history of the building and its architect, a former dean at the Yale School of Architecture who died in 1997. Rothblatt, who owns a renovated Rudolph-designed home in Melbourne Beach, Fla., says her company plans a Paul Rudolph Foyer in the new building, which will be named after Elion and Hitchings. The architect’s “life and work for Burroughs Wellcome will be beautifully documented and displayed with museum-quality curation,” she says.

“We are strongly connected to the RTP region because most of our staff works here and our life-saving medicines are made here,” Rothblatt says. “This is a great place for us to expand because our RTP presence is ideal for attracting world-class talent. I like the proximity of our RTP campus to downtown Durham and Chapel Hill.”

Rothblatt started United Therapeutics in 1996 after her daughter was diagnosed with a potentially fatal lung disease. A pioneer in satellite communications and co-founder of SiriusXM Satellite Radio, she became an unofficial student of biology, reading textbooks to grasp the medical knowledge needed to find life-saving treatment for her daughter.

GlaxoSmithKline’s Flolan was the drug to treat pulmonary hypertension at the time, administered through a catheter. Rothblatt persuaded GSK executives to give her rights to an undeveloped compound, which her new company used to develop the drug Remodulin. It secured Food and Drug Administration approval in 2002 and netted $50 million in sales within its first year. Last year, Remodulin had $587 million in revenue, more than a third of the company’s $1.45 billion total.

Shares of United Therapeutics soared from about $10 in 1999 to more than $170 in 2015 but have plateaued since then as Remodulin sales started to fade. Growth in its newer Tyvaso and Orenitram hypertension drugs have helped push the stock up more than 50% in 2020 through early November to about $135, giving the company a market cap of more than $6 billion.

Research Triangle Foundation President and CEO Scott Levitan, who is an architect, says the cost and trouble of removing asbestos convinced him that preserving the historic building isn’t feasible.

“If United Therapeutics wasn’t acting responsibly with regard to this building, it would be okay to take them to task for that. But I think they are acting responsibly,” he says. “They have to act in the interest of shareholders, and we have to be cognizant of the fact that they have other options to grow the company outside RTP.”

The Research Triangle Foundation manages the park’s partnerships, investments and relationships with the more than 300 companies based there, including 10 regional headquarters.

“Given the argument they’ve made for why it can’t be saved, it’s important for our community to get behind them,” Levitan says. “They are among the companies that embody the reason why RTP is here, to make products, inventions and discoveries that will change the world and improve the lives of mankind.” ■ 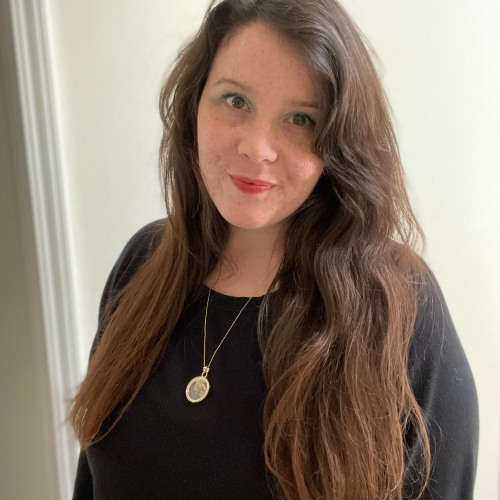