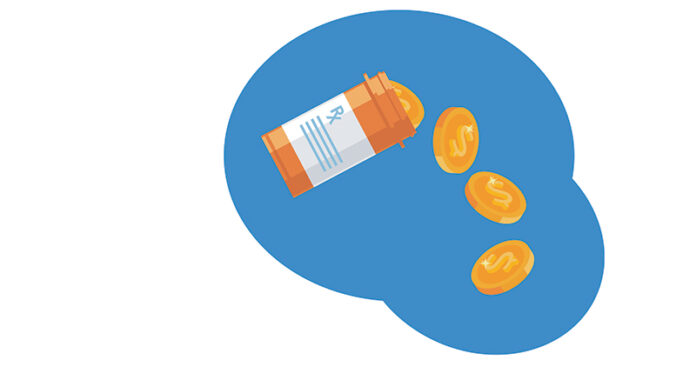 The state mulls an opioid settlement that may recoup nearly $50 million a year.

In memories, Alyssa, a teen with ringlets of dark hair, her sleepy eyes closed, snuggles with her younger brother in the back seat of the family SUV. Separately, in another time and place, Matthew, 39, a mason, displays a strong, assured smile.

Both were from western North Carolina, though more than geography unites them. When Matthew hurt his back, his doctor prescribed oxycontin, or what some of his buddies jokingly called hillbilly heroin. Over 10 years, as the drug’s magic faded, he supplemented it with fentanyl, 25 times more magical.

Like many kids, Alyssa learned about pain from routine childhood fractures, sprains and trips to the dentist. Unlike most, says her mother, she received pills that seemed to hit a special spot. At Swannanoa’s Warren Wilson College, where she developed her artistic talents, she met a classmate who’d suffered multiple sports injuries. Heroin, they discovered, helped their prescription pills hit the special spot more quickly, more powerfully.

United in death, their overdoses pieced together from caseworkers and family, Alyssa and Matthew could soon become part of a history-making opioid-drug settlement. N.C. Attorney General Josh Stein, social workers and county officials from across the state say they will hold accountable manufacturers and sellers who, mainly since the 1990s, promoted synthetic painkillers like fentanyl, oxycodone and hydrocodone as safe and nonaddictive.

More than 16,000 Tar Heels have died of opioid-related causes in recent years, Stein says. In response, his office has worked with peers nationally to hold accountable those who benefited from surging drug sales.

The potential N.C. settlement is expected to total $850 million over 18 years, or nearly $50 million a year. It parallels one leveraged from tobacco manufacturers 23 years ago tied to the harmful effects of cigarettes. In both instances, Stein says, “corporations were making enormous amounts of money selling products that were harmful to human health.”

In Buncombe County, where Matthew and Alyssa died, the head of the county commissioners agrees. “We felt we had a strong case that some of the actors who contributed to this crisis are the very ones that should be held accountable in addressing it,” Chairman Brownie Newman says.

Buncombe, one of the first U.S. counties to sue the drug industry, underscores what Stein describes as “the worst drug epidemic in the nation’s history.”

During an eight-year period studied by the U.S. Drug Enforcement Administration, Buncombe pharmacies handed out nearly 100 million opioid pills, an average of 45 oxycodone, fentanyl and similar ones per person per year. Statewide, the total exceeded 3.4 billion. A single pharmacy, Walmart in Henderson, distributed more than 9 million between 2006-14.

The state is part of a potential national agreement with drug manufacturers Johnson & Johnson and Purdue Pharma and distributors McKesson, AmerisourceBergen and Cardinal Health. Details were still being negotiated in mid-June with a signing likely this summer. “We’re making progress on many fronts, and I hope to reach a resolution shortly,” Stein says. “If we don’t, I will not hesitate to go to court to make them pay.”

More than 70 of the state’s 100 counties and eight municipalities are parties to the agreement. All will benefit, in any case.

It’s a different strategy than the much larger 1996 Tobacco Master Settlement, in which the $3 billion received by the state so far has been directed to the state’s general fund and North Carolina’s rural counties, reflecting the impact of reduced tobacco farming. The state-chartered Golden LEAF Foundation, which administers about half of the tobacco settlement money, had $1.3 billion in assets as of May.

“The tobacco settlement was intended to change the practices of an industry, and particularly to reduce smoking among teenagers,” Stein says. Industry critics say that hasn’t happened because North Carolina and other states haven’t spent enough to discourage young people from smoking.

BAT, Philip Morris and other big companies have shifted to flavored cigarettes to entice new smokers and created e-cigarettes, first marketed in 2007 and now with $6 billion in annual sales. Many public health officials view vaping, though promoted as less harmful than cigarettes, as a gateway product to smoking.

The minutely detailed battle plan for opioids reveals substantial differences. Virtually all of the national settlement is intended to go to health departments and caseworkers who best know local needs, says Ronnie Smith, who chairs the Martin County Commissioners and the N.C. Association of County Commissioners.

Stein and Smith say it’s likely that 80% of the money will go directly to counties, 15% for state lawmakers to appropriate and 5% to counties to help the state implement policies. There is no plan for a permanent Golden LEAF-type fund.

Newman and others say that drugmakers used huge promotional budgets to press doctors and pharmacies to prescribe opioids. Physicians often wrote prescriptions for 30-day supplies of oxycontin and similar opioids when patients needed only short-term relief — if any at all.

In Martin, a rural county north of Greenville, federal drug authorities found pharmacies and doctors had distributed 11 million pills in eight years, about 60 per year per person.

“We’ve only got 22,000 people,” Smith says. “But the opioid problem does not stop at county lines. I’ve had people come to me with tears in their eyes, telling me they’ve lost a son, a daughter, a loved one. We all know someone affected.”

Unlike illegal street drugs such as crack, the abuse of legally prescribed opioids is worse in some of North Carolina’s rural rather than urban counties. While the DEA computed Mecklenburg’s and Wake’s rates at fewer than 25 pills per person per year, the rate was 60 in rural Moore. A pharmacy in the eastern Moore crossroads of Vass dispensed 8.3 million.

North Carolina opioid deaths have dropped in recent years as lawsuits such as Buncombe County’s, massive civil actions such as the pending opioid settlement and public awareness have sunk in.

“Opioids have a legitimate place in the health care of this country, and we’re not trying to ban the product,” Stein says. “We just want to ensure any prescription is medically appropriate.”

Unfortunately, the trend of fewer opioid-related deaths in recent years reversed in 2020 because of the impact of COVID-19, Stein says. “The factors that fuel addiction, things like anxiety, isolation and job loss, have increased in the last 14 months. We have a hard job ahead of us.”

In Asheville, those who knew them say the stakes are lives like those of Matthew, Alyssa and scores of others. ■