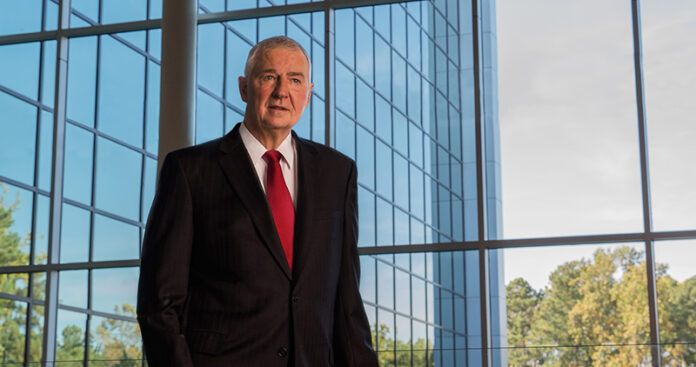 News that Cary-based SAS Institute was mulling a sale to Silicon Valley giant Broadcom caused 24 hours of tumult in mid-July that CEO James Goodnight squashed with an email to his 12,500 employees saying that the company isn’t for sale. But many SAS followers viewed the Broadcom dalliance, which was reported by The Wall Street Journal, as a signal of major changes ahead at the statistical-services software company. Microsoft is a close partner with SAS and a potential bidder for the company, Ray Wang, chairman of Constellation Research, told the SearchBusinessAnalytics.com news service. SAS didn’t comment on the speculation.

Since Goodnight and John Sall started SAS in 1976 based on their research work at N.C. State University, the company has played a pivotal role in the growth of Wake County and the Triangle. Cary was essentially viewed as a company town for years because of SAS’ rapid growth and Goodnight’s dominant leadership and financial backing for housing developments.

He has eschewed sharing ownership with workers or the public, while providing employee benefits that have gained world renown and earned loyalty. Nine of the top 10 executives under Goodnight and Sall have worked at SAS for at least 10 years with many logging 20-plus years there. His succession planning was disrupted when Oliver Schabenberger, the company’s chief operating and technology officer and a SAS employee since 2002, resigned late last year and joined San Francisco-based SingleStore in February.

SAS’ revenue growth has stalled in the $3 billion range over the past five years amid competition from larger software companies and startups that could offer employees a faster path to securing fortunes for their work. Goodnight, 78, owns two-thirds of the business, with the balance held by Sall, 73. ■