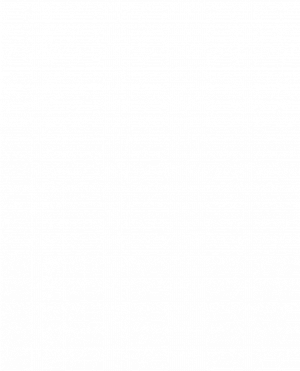 A new director of the governor’s initiative for rural communities tackles pressing needs made more difficult by the pandemic.

Hometown Strong, a partnership between state and local governments to support the economies and health outcomes of rural communities, has expanded to the 80 North Carolina counties that have a population density of 250 per square mile or less. Launched in early 2018 by Gov. Roy Cooper, the program’s purpose is to improve the quality of life for North Carolina’s 2.2 million rural residents. Projects include Downtown Strong, which developed plans for 24 rural communities to revitalize their downtown areas, and Homework Help, which brought high-speed internet to nine library systems in 14 rural counties.

In June, Mary Penny Kelley was promoted to executive director of the group, succeeding Pryor Gibson, who now serves as assistant secretary of the N.C. Division of Employment Security. She had previously worked as director of operations and rural engagement for Hometown Strong, continuing a lengthy career in state government.

Kelley takes charge of Hometown Strong during a difficult time. While the urban-rural divide has been a longstanding problem in North Carolina, COVID-19 has exacerbated inequalities in health care and education. According to the N.C. Rural Center, many of the 80 counties were already lagging behind urban areas in median household incomes and health ratings before the pandemic.

While the coronavirus is more prevalent in North Carolina’s urban regions, many rural counties have more cases per capita and will likely bear the brunt of economic consequences. “Rural economies tend to be weaker and less diverse,” Kelley says. “In rural areas, it’s tougher to switch between industries. A lot of jobs like manufacturing, running a mill and agriculture have to be done in person.”

When the spreading coronavirus prompted Cooper to issue orders to close nonessential businesses in March, the state’s rural counties were just reaching full recovery from the recession of 2007-09, Jason Gray, a senior fellow for research and policy at the NC Rural Center, told North Carolina Health News. Now, unemployment rates in many rural counties are increasing, while other parts of the state are seeing a quicker economic rebound, he notes.

Kelley says that among the most vulnerable to the coronavirus are Native American tribes, whose members tend to experience race-based health disparities and greater economic need. The loss of community caused by the need for social distancing is also a big concern among the tribes. The state’s Lumbee Tribe had to cancel its famous

Homecoming Event, a 51-year tradition that attracts tribe members from across the U.S. According to Kelley, the Lumbee and Haliwa-Saponi tribes are hurting more financially than those that have federal recognition such as the Cherokee.

Among the more pressing concerns is internet access now that many aspects of life, including health care and some jobs, have shifted online. About 15% of the state’s rural residents do not have Wi-Fi connections, including 190,000 households with children in K-12 schools. As counties consider remote education in the fall, Hometown Strong plans to increase broadband access with a new program called Student Connect.

Kelley is also working on programs to boost retraining and skill development to prepare workers in renewable energy and other growth industries.

Most of the funding for these initiatives is coming from the federal CARES Act through the N.C. Pandemic Recovery Office, which coordinates more than $6 billion to allocate to state and local governments, nonprofits and private organizations. About $170 million will go to rural counties, which must provide 25% to towns and submit monthly reports detailing the use of the funds.

Kelley is optimistic about rural counties and tribes recovering. “Rural areas are very thrifty, and they’re going to come through [the pandemic] because of that. These communities are resilient and tight-knit.”

Though many issues due to the pandemic are new, Kelley notes that N.C. rural residents are accustomed to creative emergency management after many years of hurricanes and other natural disasters.

“Sometimes people think rural areas are lacking,” she says. “But we’re proud of where we’re from.” ■