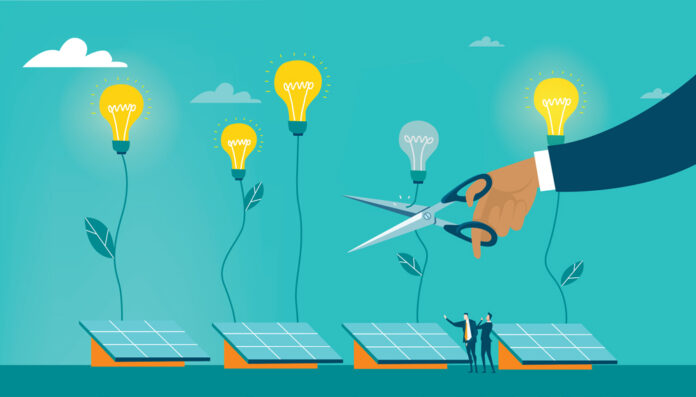 The N.C. Chamber, the state’s primary business lobby, typically chooses its words carefully. So its language in a letter criticizing the N.C. Department of Revenue’s stance in a dispute over tax credits turned a lot of heads.

“This case, followed closely across the country, threatens North Carolina’s reputation as a welcoming place to do business, one where investors can rely on the word of the legislature. If the [department] were to prevail, the state’s business climate would be jeopardized and one of its tools — tax incentives — would be crippled.”

That’s how the Chamber is characterizing a legal dispute between insurance companies and the Department of Revenue over the agency’s handling of solar energy tax credits. The agency has forced N.C. Farm Bureau and several other insurers to repay tax credits they received years ago for helping fund hundreds of millions of dollars in solar energy developments.

The companies sought to take advantage of a 2009 state law intended to inject more money into the solar industry. That law broadened the types of tax payments that were eligible for the renewable energy tax credit program, including the gross premiums taxes paid by insurance companies.

Instead, they worked with third-party companies that arranged funding for solar projects and then claimed tax credits. Businesses and wealthy investors use tax credits to provide a dollar-for-dollar reduction in income tax liability.

The companies contend the agreements meant they were valid investors in the solar developments, clearly eligible to take the credits. But the Department of Revenue ruled the third-party companies were selling tax credits in a manner considered illegal under federal tax law. The state agency pointed to terms that indicated the insurers’ investment returns were guaranteed regardless of how much revenue the solar developments generated.

Farm Bureau spent $26.8 million in solar projects before the tax credit program expired in 2016; the Department of Revenue demanded that it pay $25.6 million in back taxes, which it did last year after an administrative law judge upheld the agency’s interpretation of the law.

The decision caused other businesses that weren’t involved in solar tax credits to take notice of the state’s position. A December letter from the N.C. Chamber to Cooper slamming the Department of Revenue’s stance on tax credits was signed by dozens of large companies and influential N.C. business people including Hugh McColl Jr., Ward Nye, O. Temple Sloan and Jim Whitehurst.

“I’m really hearing that [the stance is] shaking the confidence of investors across multiple sectors that the state of North Carolina is going to follow the policies it adopts,” says Ivan Urlaub of the N.C. Sustainable Energy Association.

His Raleigh-based nonprofit was involved in drafting the 2009 tax credit law, and it has filed briefs in the case arguing that the insurance companies’ actions were exactly what lawmakers wanted to incentivize.
N.C. Rep. Pricey Harrison, a Greensboro Democrat who co-sponsored the 2009 legislation, says the state “is dead wrong on this.” She recalls that lawmakers wanted insurance companies to help “jumpstart” the solar industry, because the state was in the middle of a recession and insurers had ample cash to invest.

With the new tax credit programs, solar “just exploded at a time when jobs were plummeting,” Harrison says. According to the Sustainable Energy Association, North Carolina added more than 1,000 megawatts of solar capacity in 2015, shortly before the tax credit expired. New solar capacity added in 2020 was less than half that amount, although industry advocates say other regulatory hurdles and pending litigation are also to blame for the decline.

In its lawsuit, Farm Bureau says the Department of Revenue — starting when Gov. Roy Cooper took office in 2017 — “has administratively overruled the state’s renewable energy policy, encroaching on the General Assembly’s constitutional authority. In support of this power-grab, the Department mistakenly invokes federal tax doctrines developed to pursue income tax abusers, imposing them against a North Carolina gross premiums taxpayer and mutual insurance company that invested in good faith responding to the General Assembly’s call.”

At least two other lawsuits are pending on the same topic. Farm Bureau’s case is before N.C. Business Court Judge Adam Conrad, who was appointed by Gov. Pat McCrory in 2016. A hearing was held last month. Conrad is also overseeing a separate lawsuit brought by Georgia-based Monarch Tax Credits, one of the companies that brokered arrangements between insurance companies and solar developers.

Van der Vaart was N.C. secretary of environmental quality while McCrory was governor. He often took a business-friendly approach to regulation. In July N.C. Supreme Court Justice Paul Newby appointed him to his post.
In the Integon matter, he wrote that the Department of Revenue in 2018 “inexplicably and perhaps whimsically reversed its position for the first time.” His ruling said that the actions indicate that “after three years of costly litigation and potential harm to future investments in North Carolina renewable energy projects, DOR is simply asking for this case to go away.”

The Department of Revenue did not respond to an interview request for this story.