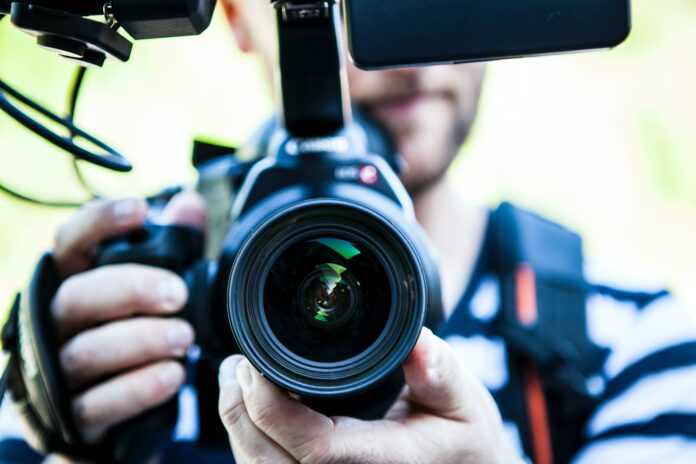 Raleigh investment strategist Burke Koonce has a pretty sexy side gig as co-partner in a film production company that has created documentaries on two notorious Wall Street stories of recent years.

With streaming overtaking theaters, the demand for content means relative neophytes like Biltmore Films can make a mark in the movie business.

In March, HBO Max aired Biltmore Films’ “Gaming Wall Street,” a study of how a barrage of individual investors coordinated through the Reddit website to boost retailer GameStop’s share price in early 2021, hoping to thwart short sellers. The film, which was narrated by Kieran Culkin of HBO’s “Succession” fame, has received good reviews and has been compared to “The Big Short,” the 2015 film on beneficiaries of the U.S. housing collapse in 2007-09.

The new film is “about GameStop as well as the democratization of the markets and the little guy being able to level the playing field against the big guy,” says Koonce, whose business partner is Darien, Connecticut, hedge fund manager John Fichthorn. 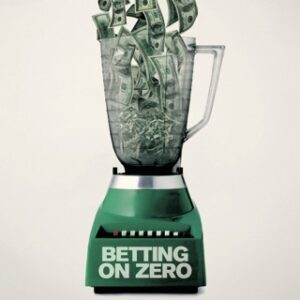 The film premiered at Tribeca Film Festival in 2016, earning a Special Jury Prize for Investigative Filmmaking. Herbalife fought behind the scenes to prevent the documentary from being bought or widely seen, blunting its distribution.

“With ‘Betting on Zero,’ we were a nobody,” Koonce says. “We had Herbalife breathing down our necks. Streaming had not really become the norm. We were still trying to get it in theaters.”

By 2021, “Gaming Wall Street” was a much easier sell. “What you have now is a very robust market for content,” he says.

Analyzing stocks isn’t much different from telling a business saga, according to Koonce, who is an investment strategist in the Raleigh office of Trust Company of the South, which is based in Greensboro.

“The whole reason John and I started doing this is we are both storytellers,” says Koonce, who met Fichthorn while attending UNC Chapel Hill. “Every good investment is a good story.”

“[Fichtorn] asked me to look into this industry to see if it was worth investing in long or short. It doesn’t take a lot of detective work to find all the crazy, goofy stories that come out of multilevel marketing. So our original idea was I might make a video so (investors) could see fully what was going on,” Koonce says. “It was going to basically just be me making it with my iPhone.”

He was deep in research in 2012 when Bill Ackman declared Herbalife a pyramid scheme in disguise and put up about $1 billion with an expectation that the company’s shares would decline.

“It was like that moment in ‘Jaws’ when the police chief says: ‘We’re gonna need a bigger boat.’ The good news was we suddenly had this story that was on the front page of every financial news outlet,” he laughs. “The bad news was we had no idea what we were doing in terms of making a documentary.”

After reaching out to industry connections, they brought on documentarian Ted Braun to make the film as a director and co-producer. Fitchthorn invested nearly $1 million, while Koonce contributed time and research. Neither bet on Herbalife shares, either long or short.

The Federal Trade Commission eventually fined Herbalife $200 million for misleading consumers. But a federal judge dismissed a lawsuit against the company in 2015, which sent its stock soaring. Ackman reportedly got out of the stock in 2017 after suffering losses estimated to exceed $500 million.

In addition to Ackman, various consumer groups started speaking out against Herbalife. Through class-action lawsuit filings and protests, it became clear that the company had marketed its program and products to many lower-income Hispanic communities. Many immigrants and undocumented residents invested thousands in merchandise, but many wound up unable to sell the products at a profit.

“Every week, I sent a research piece to the film crew. I was monitoring the news flow, the court documents, where the next protest might be,” Koonce says.

Herbalife countered the bad publicity by showing various millionaires who credited the company for their wealth. Company loyalists picketed the April 2016 premiere at the Tribeca festival and other screenings. When nobody showed up to see a sold-out screening at a Washington, D.C., film festival in October 2016, the producers learned Herbalife’s lobbying firm had bought all the tickets.

“We won an award for investigative journalism, but then nobody bought (the documentary). Herbalife was behind the scenes telling people to stay away from us,” Koonce says. “We had had all these people wanting to talk to us at first. Then it just dried up because people were so frightened about litigation.”

Herbalife spread the inaccuracy that Ackman, who was prominently featured in “Betting on Zero,” financed the film. He didn’t put up any money, Koonce says. Rather, the financier’s aggressive style hurt Biltmore Films’ chances. “At least one very well-connected film distributor told us: ‘I love what you’re doing, but I’m not going to do anything to make (Ackman) look good.’”

Six months after the premiere, Koonce was desperate to find an entity to buy the documentary. The company got lucky when HBO show host John Oliver went after multilevel marketing companies on his
program “LastWeekTonight.”

“When [“Betting on Zero”] played in a D.C. film festival earlier this year, the screening had 173 empty seats because an Herbalife lobbying firm reportedly bought them out,” Oliver said on his show. “And that’s not just petty, it’s stupid. If you don’t want people to see a movie, you don’t need to buy out seats, just put up posters saying ‘Starring Shia LaBeouf.’ Done.”

A few days later, Netflix called to buy the program, Koonce says. “If Herbalife hadn’t (bought out the theater), ‘Betting on Zero’ might have just died a lonesome death.”

Herbalife’s retaliation put Biltmore Films on the map. Koonce and Fichthorn considered several projects over the next few years while focusing on their jobs.

In 2021, cinematographer Tobias Deml reached out to Koonce. At the time, Deml was shooting videos on retail investors trying to boost GameStop stock. Biltmore Films worked as an unofficial consultant with Deml for several months, then pitched the idea for a documentary to Gunpowder & Sky, which had distributed its previous film to theaters. Within weeks HBO bought the pending film for a sum that dwarfed the budget for “Betting on Zero.” One catch: With rumors of as many as seven other GameStop films in the making, HBO wanted a completed film in three months.

“It was an absolute dead sprint,” Koonce says. “Our director was working 14 hours, seven days a week for three months. We were actually able to deliver on time.”

Biltmore Films, which is a nod to the partners’ family ties to Asheville, is now considering several ideas.

“John and I both think the best stories are often the best investments,” Koonce says. “Film people and business people don’t always operate in the same worlds. I believe we are in a small but growing part of that Venn diagram where it’s valuable we can do both.” ■