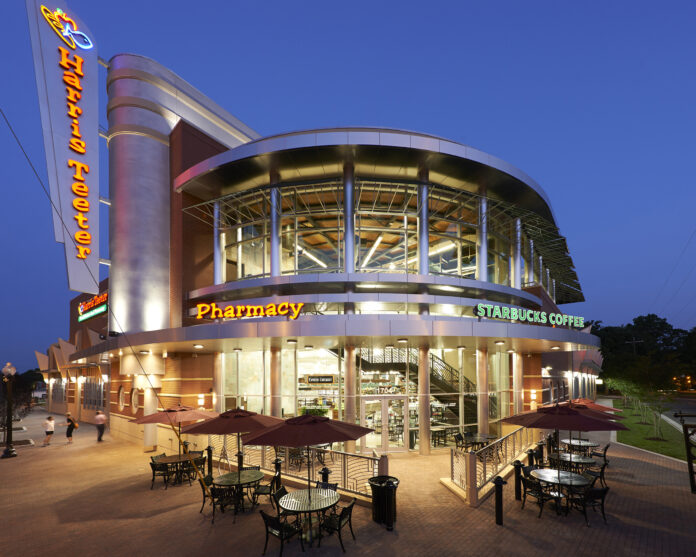 Tammy DeBoer is relatively new to Kroger and its Harris Teeter unit, where she became president in February. But the Salisbury native is a veteran North Carolina retailer, having spent 17 years at Food Lion and its parent company, Netherlands-based Ahold Delhaize, and five years (2012-17) at Matthews-based Family Dollar Stores.

One of her notable roles was as vice president and general manager of Bloom, Food Lion’s effort to create an upscale store brand that launched in 2004. But the business didn’t take off, prompting its closing in 2012. 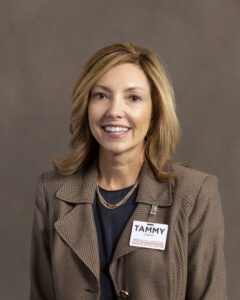 DeBoer moved to Family Dollar, where she was chief merchandising officer amid the company’s sale to Dollar Tree in 2016. About two years later, she left to start a consulting business, then joined Matthews-based Harris Teeter in September 2020 as a senior vice president.

In February, she succeeded Rod Antolock as president, becoming only the third person to hold the post in the past 25 years. Fred Morganthall led the company from 1997 through 2015. Harris Teeter, which dates back to Charlotte and Mooresville stores in the 1930s, was acquired by Kroger for $2.5 billion in 2014.

While most shoppers still buy their food at the store, Harris Teeter is raising its digital game with a new app for online ordering and plans to deliver groceries directly to customers’ homes. That delivery plan requires dedicated fulfillment centers employing artificial intelligence and advanced robotics, the first of which will open in Frederick, Maryland, this summer. It will be followed by a 200,000-square-foot warehouse in Concord, where Kroger is investing nearly $140 million and expects to eventually employ 700 starting in 2024, according to state government documents.

DeBoer worked at a Food Lion in Boone while earning an undergraduate degree in business and business technology at Appalachian State University. She has also completed a course for supermarket executives at Cornell University.

The interview is edited for brevity and clarity.

► After leaving Family Dollar, you ran your own consulting firm for three years. Why return to a corporate job?

Creating and running my own consulting firm was always something I wanted to do. In the end, I missed a team. In the consulting world, relationships with your clients are just that — a contracted relationship. At Harris Teeter, I help lead meetings, strategies and project conversations. I’m very passionate about coaching and developing people as well.

► How did you thrive in a male-dominated industry?

As a young lady starting out in this business, I really didn’t think about gender at all. It never crossed my mind. I was very independent and very strong-willed. I was fortunate to have incredible mentors who drove me, and they were honest with feedback. It’s always good to deliver and receive positive feedback, but for me it was also important to receive feedback that would help me grow. I was always looking for the opportunity to take on more. At the end of the day, it was really about being able to lead people and deliver results.

► How is Harris Teeter attracting employees during the labor shortage?

We are focused on understanding exactly what associates are looking for in today’s environment. We’ve heard from them that it’s not all about compensation. We want to be an incredible place to work, certainly offering competitive compensation packages but also other benefits. We have intense programs to coach and mentor associates and offer them career paths. I meet so many of our 35,000 associates who started in high school as a part-time bagger or cashier and now are a store director or district manager or even a regional vice president.

► How diverse is your leadership team at Harris Teeter?

I am proud that 50% of our senior executive team, who are the top leaders in our company, is diverse [in race and gender].

► What is Harris Teeter’s competitive advantage?

Our relentless commitment to world-class customer service. We have such wonderful associates, and they really are the core of our business model. The other thing that sticks out is our incredible quality standard. We also have an extensive variety of products. Over the years, we’ve added conveniences (pharmacies, Starbucks, fuel centers, wine bars, live music, hot bars, pizza bars) to many of our stores.

► Wegmans has many hot-food stations. Trader Joe’s is known for its customer service. Publix has pharmacies. How do you differentiate yourself?

I think there’s this trust factor. Certainly, those competitors that you named, are strong and they offer that as well, but I think there is an advantage of being a local, hometown grocer where people grew up in the store. People refer to their local store as ‘my Harris Teeter.’ They are very protective of their store manager. When I go out on unannounced visits, they are positive about their experience and the associates.

We are trying to absorb costs where we can. It’s impossible not to pass along some of those. We are trying hard to become more efficient for cost savings so we don’t have to pass those along 100%.

► Will the home delivery cost outweigh the benefit of access for customers in areas without grocery stores?

No, it will not. There’s a nominal fee for delivery. We’re still working out some of the details. Kroger has been doing this now for a couple of years in markets where they don’t have brick-and-mortar stores, and it’s been highly successful.

► How much of your business is online?

We don’t share what percentage of business is online. It certainly grew by over 100% during the pandemic. Now customers really like going to the stores. They like picking their own produce and their own cut of meat. People were really eager to get back to human engagement.

► What is your favorite place to eat at in Boone?

The Dan’l Boone Inn has great comfort food. It reminded me of my grandmother’s cooking and gave me a sense of home. ■