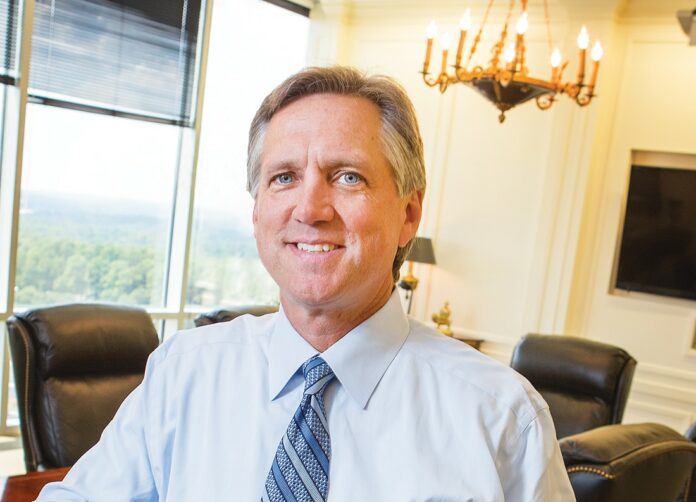 Fielding Miller, 54, has been gradually building Raleigh-based CapTrust Advisors LLC for almost 30 years, helping start the firm as a subsidiary of now-defunct Interstate/Johnson Lane Corp. The wealth management and retirement-plan advisory company later spun off and is now entirely employee owned, with nearly half of its 155 staffers holding a stake. It has 22 offices and oversees $185 billion in client assets. The Lenoir native and his wife, Kim, recently pledged $5 million to establish an entrepreneurial program at the business college at East Carolina University, where he graduated in 1984.

Why did you choose finance ?
I have always had an innate interest in financial matters and was a business major at ECU. My first job out of college was as a branch manager of NCNB [North Carolina National Bank, now Bank of America] and I later made the move to the investment industry at age 26.

How did CapTrust more than double staff and expand assets under management fourfold during the rocky years between 2007 and 2012?
We grew throughout the downturn mostly because we made the decision to continue reinvesting while the markets were in turmoil.  Our view was to take our own advice — to invest most aggressively when no one else wanted to.

What is CapTrust’s competitive advantage?
We don’t offer proprietary investment products, thus we don’t have any agendas to recommend products or services that place our interests ahead of our clients. We sign on as a fiduciary on behalf of our clients, which legally binds us to the performance of the advice we deliver — something that the Wall Street brokerage firms and banks will not do.

Do you have a key mentor?
Former Interstate/Johnson Lane CEO [and Krispy Kreme Doughnuts Chairman] Jim Morgan taught me a great deal about how to be a leader. I especially admired how he had the courage to express his Christian faith in the workplace — a rare thing to see within a publicly owned, New York Stock Exchange member firm.

What do you like to read?
I mostly read nonfiction with a heavy emphasis on books about business strategy or leadership. I’ll read almost anything about military history.

Do you prefer Fox News or MSNBC?
For entertainment purposes I will occasionally listen to both, for news I listen mostly to NPR.