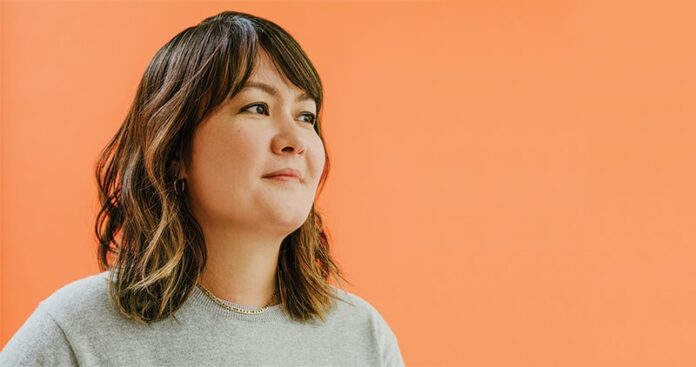 “It was a bit of a nontraditional career path to starting a tech company.”

After graduating from Columbia University’s law school, Fitzgerald joined the Peace Corps in Honduras, where she focused on local government planning and administration for two years. She later became a management consultant at McKinsey & Co., advising insurance companies. In 2014, she and fellow McKinsey alum Francois de Lame co-founded Policygenius with the goal of simplifying the insurance shopping process using an online format. Last October, the New York-based company said it would set up a second headquarters in Durham to benefit from the Triangle’s strong tech market. Plans call for 377 jobs over the next five years. The company currently employs 150 at its Durham site.

Fitzgerald has earned praise for her work, winning the Ernst & Young Entrepreneur of the Year award and being named one of Fast Company’s 100 Most Creative People in Business. More than 30 million customers have used the platform to compare and shop for insurance online, and the company secured a $100 million funding round in early 2020. Overall, it has raised $161 million from investors including KKR and MassMutual.

Fitzgerald discussed her career and the company’s prospects in a recent interview. Her comments are edited for length and clarity.

► What was your experience with the Peace Corps?
Anybody who’s been in the Peace Corps, it’s kind of a life-changing experience to live in a different culture and a different level of means than you’re used to. … You are supposed to live how the people that you serve live. I think I got a housing allowance or a full allowance of like $100 or $200 a month to live on, which was enough to rent a small house and to live.

I was a volunteer from 2001 to 2003. A lot was going on in the U.S. at the time. I was probably a month into service when 9/11 happened. We didn’t have reliable access to the internet or to TV news. So a lot of our contact with the outside world was a bit delayed. We knew 9/11 happened when it happened, but everything else after that, like the war in Afghanistan, I often relied on our free Newsweek subscription, which would get to us a couple months later. It was a very surreal time and experience because you are kind of isolated from the rest of the world. … It really transformed how I thought about the world and what it means to be part of the broader world.

► What did you want to do differently with PolicyGenius than others in the insurance marketplace?
The big opportunity that we saw was around upgrading and innovating the consumer experience in a way that consumers were used to in other parts of their life. If you think about how we shop for other financial products, it’s very self directed. It’s online. You’ve got these really robust third-party marketplaces, whether it’s Zillow for shopping for a home or Amazon for consumer goods. But insurance was still very disconnected from the digital experience and how consumers were used to shopping, getting information and searching for products and interacting with service providers. So we wanted to create that online marketplace experience for insurance, but also not lose the human touch.

Insurance is a very confusing category. People don’t have a lot of experience choosing a life insurance product or a home insurance product. So even though it was digital, we didn’t want to lose that human touch and great advice, which is what shoppers are looking for once they’re ready to buy.

► How do you reach the growing millennial audience for selling life insurance?
One is the recognition of the life event being the key trigger. Life insurance is not really a need until you have a home or you have children or you have a spouse who relies on you financially or with whom you share financial obligations such as a mortgage. So, once you start having those life events, life insurance becomes a need.

The other thing that’s made us successful is understanding consumers in their 30s shop online, they listen to podcasts, they do a lot of research online. In Google, they will go to certain types of sites for information, and they’ll often go to multiple sites. They’ll often combine online research with talking to friends and family who they trust. So if you’re in the market for life insurance because you just had a child, odds are you have friends who similarly just had kids. People are in the same stage of life, and you will talk to them: “Hey, do you guys have life insurance? If so, how did you think about it? Where did you go?”

So understanding that it’s a multitouch journey, and you want to be where your shoppers are at every stage of the journey. That’s been a big piece of how we think about our marketing approach, how we deliver content and how we engage shoppers, because it’s not an impulse buy.

► Why did you select Durham for a major office?
We did a very big analysis of potential markets for our second headquarters and did several site visits. … At the end of the day, what [was appealing about] the Raleigh/Durham area and Durham specifically were a few things. One was proximity and ability to get there easily from New York City. Understanding that we would have leadership traveling there frequently and people traveling to New York frequently, the accessibility was key.

The other big thing was the quality of the local talent pools, not just for operational talent, but also tech talent. And Raleigh/Durham is an emerging tech scene. A lot of tech companies have made either their primary or secondary headquarters there. So, the talent pool, the availability of so many local colleges and universities, were a big draw for us. [The deciding factor] was it’s a place where we want to be able to attract and retain talent. … It’s hugely important. People need to want to live there, like the schools, like the housing options, and quality of life in that area. We’ve found that to be a big draw, even for some of our New York City employees who have now relocated to Durham.

► What has been your strategy in attracting major investors such as KKR and MassMutual?
The big thing is building a successful business with good metrics. Especially as you get to a later stage, there are things that [investors] look for, such as the fundamentals of the business, your unit of economics, your rate of growth. So those are all things that you need to make sure that you’ve got for a good foundation for capital raising. And you need to make sure that you’re able to tell that story.

A big piece of it is just making sure you’ve got those relationships in the broader equity community so that you understand who the right investors were to talk to. Thankfully, the insurance tech industry has been a hot sector for the last several years. It wasn’t when we started, [but it has] since become that. Having those initial conversations and getting that initial audience has gotten increasingly easier for us, especially as we’ve emerged as one of the biggest leaders in the insurance tech space. ■