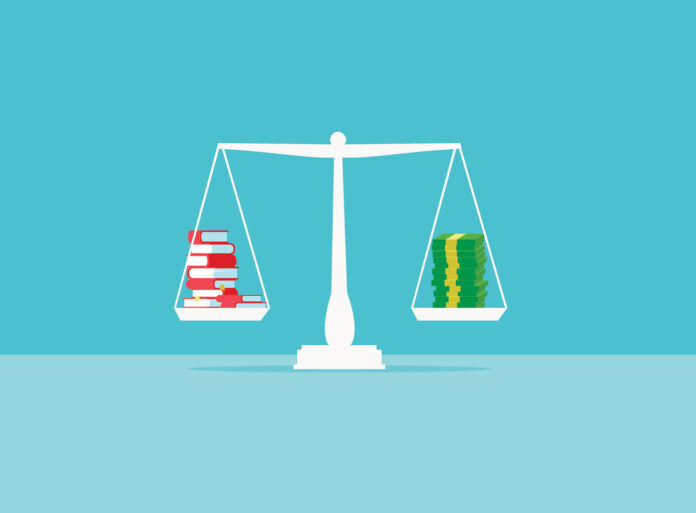 A group of more than 50 business leaders filed an amicus brief in the Leandro education funding lawsuit, urging the N.C. Supreme Court to uphold a lower court’s decision to order the transfer of $785 million from state coffers to fund the remedial plan in the case to fund a “sound basic education.”

“This plan is more than appropriate at this time; it is necessary to bring our educational services up to the standard required by our State Constitution,” the court filing says. “Our students need these improvements so that they can thrive and compete in a modern society and economy that demands more specialized skills. As a state, we need our students to realize these benefits so that we can collectively achieve the economic success that comes from adequate education.”

Charlotte attorney John Wester of the Robinson Bradshaw firm authored the brief. David Woronoff, an owner of Business North Carolina magazine, is among those who signed the brief.

The Leandro case started in 1994 when five poor school systems sued the state, contending it wasn’t meeting constitutional duties to provide equal education opportunities. It was named after a Hoke County plaintiff, Kathleen Leandro, and her son, Robert, who was a student at the time. Ever since, lawmakers, courts and education leaders have wrangled over how much money should be spent on the state’s public schools and who shall make that decision.

The group of leaders came together through an “organic process” in which each person invited others to participate, says Gerry Hancock, a Raleigh attorney who’s been involved in education issues for many years. “The business community has been a very strong advocate for public education for a long time.”

The initial brief’s list of supporters included Sepi Saidi, chair of the N.C. Chamber and owner of a Raleigh-based engineering firm. But the chamber said it shouldn’t be linked as a supporter of transferring $785 million.

“It was never my intention to authorize my personal participation in this legal filing or the N.C. Chamber’s, especially when the primary issue is whether the N.C. Supreme Court has the authority to direct the appropriations process,” Saidi said in a comment released by the chamber. “The separation of powers clearly directs this discussion to take place on Jones Street, not Morgan Street.”

The General Assembly is on Jones Street in downtown Raleigh, while the Supreme Court is on Morgan Street.

Ray Starling, the chamber’s general counsel, notified the court in a letter noting that Saidi was asked to sign the brief by former Raleigh Mayor Tom Bradshaw and Hancock. Saidi was asked to make a $1,000 contribution for legal fees, Starling said.

The brief is one of several filed in recent months. The left-leaning N.C. Justice Center and a group of UNC law school professors filed briefs in support of a court-ordered funding transfer.

The conservative John Locke Foundation and the N.C. Institute for Constitutional Law filed in support of the legislature’s argument. “The courts cannot claim ‘inherent authority’ to order state officers and employees to draw money from the treasury, most especially where, as here, the legislature has acted,” their attorneys wrote.

The Supreme Court set a late August timeline for holding oral arguments in the case. A decision is expected sometime this fall — ahead of the November election that could shift the partisan balance of power on the court away from Democrats. ■