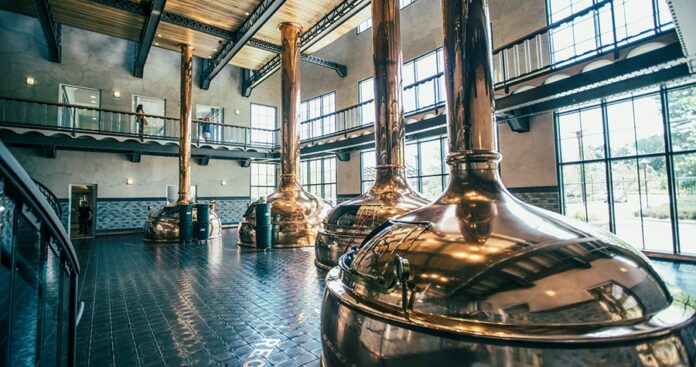 Mills River doesn’t have the tourism cachet of nearby Asheville, Hendersonville or Brevard, but it’s become a regional hot spot for economic developers. The town has landed industrial developments from Amazon, Norafin Americas and others that prize its low tax rate and relatively level land.

“The greatest attraction to the businesses has been the available land,” Town Manager Daniel Cobb says. “Unlike neighboring communities such as Brevard or Asheville, much of Mills River is gently rolling hills or even flat terrain. Coupled with access to utilities and the interstate, Mills River is well positioned to continue its positive trend of growth and development.”

Mills River incorporated in 2003 to protect itself from annexation by neighbors. Its population has jumped from about 5,800 to 7,400 since then, reflecting the region’s increasing popularity. Unlike its better-known neighbors, it doesn’t have a downtown district in its 22 square miles, though there are plenty of churches, small businesses and the 50-acre Mills River Park.

“Quality of life is a really big driver as to why people come here,” Cobb says. Low property taxes also help: The millage rate is 19 cents per $100 value, versus 43 cents in Asheville and 49 cents in Hendersonville.

Brittany Brady, CEO of the Henderson County Partnership for Economic Development, traces Mills River’s growth back to 1994 when a family began parceling its farmland to industrial tenants. It became the 79-acre Broadpointe Industrial Park, which has 10 tenants including FedEx Ground, Gaia Herbs and Pepsi Bottling.

Since Chico, Calif.-based Sierra Nevada opened its East Coast site in 2015, the brewery’s tour through its elaborately designed campus and neighboring forest has become a staple for visitors. Because of the pandemic, tours and in-room dining are suspended through the end of the year. Curbside pickup is offered.

“Once you have a client who lands in a community,” Brady says, “they’re telling other industries that this site is good. We’ve got a good infrastructure, it’s in a good location, there’s a strong workforce here. People like to be in good company. The work that was done at Broadpointe and the work that was done in Ferncliff has shown other corporate citizens that this is a good place to be.” ■