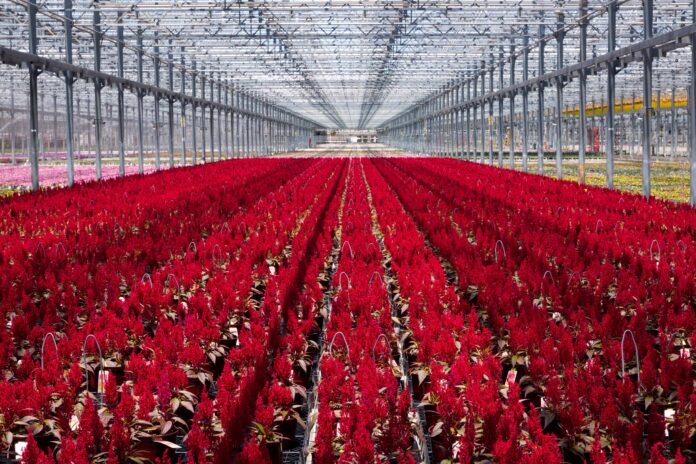 In 1972, Tom and Vickie VanWingerden looked around the South to find a good location to start an indoor plant-growing business. They leased a 20,000-square-foot property in Huntersville, a Mecklenburg County town of fewer than 1,000 residents at the time.

Fifty years later, the family’s Metrolina Greenhouses has become a $300 million-plus business that supplies more than 1,400 retail outlets in 19 states. As many as 1,200 people work for the company, which has enjoyed strong gains in the last two-and-a-half years as many homeowners spend more to beautify their properties amid the COVID-19 pandemic.

The family saw a niche for supplying large quantities of plants at affordable prices, mainly through big retailers. Selling through Salisbury-based Food Lion paved Metrolina’s initial success; then Kmart became its biggest customer. Sales to Lowe’s, The Home Depot and Walmart now account for many of the 250 to 300 trucks that come in and out of the business every day.

“We had to convince the retailers that the business didn’t end on Mother’s Day,” says Art VanWingerden, who is co-CEO with his brother Abe, sons of the founders. “It’s a year-round business now.”

While it germinates plenty of plants itself, the business also wholesales products grown by about 60 other growers. Abe calls Metrolina a logistics company as much as a grower. Huntersville, which now has more than 60,000 residents, proved to be a great location because of its proximity to Interstates 77 and 85.

The unusual arrangement of co-CEOs works because of a team-oriented approach. “Abe isn’t in this to make Abe look good; he’s in it to make Metrolina look good,” Art notes. Different skills also help. While Art says he has limited sales talent, “Abe could sell snow blowers in Miami.”

Both fully expect the family business to thrive for another half-century, led by some of their parents’ 19 grandchildren, who are ages 2 to 28. ■