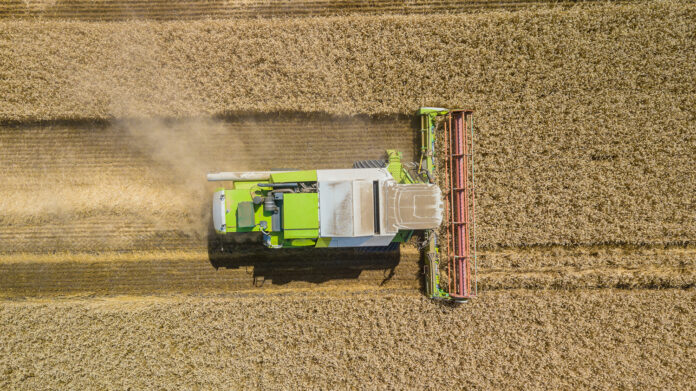 Legislators plan hearings to mediate a flap over farmers’ ability to fix tractors.

As agricultural equipment gets increasingly complicated with electronics, some farmers complain that they aren’t able to make minor fixes and instead have to haul machinery to a dealership.

“I see struggles every day where farmers …  have problems with tractors breaking down in the middle of the field, and they don’t have the diagnostic software to read the codes,” says David Daniels, who owns a repair shop in Nash County.

But a legislative proposal aimed at addressing the issue quickly proved contentious, prompting a delay for farmers wanting an end-run around the dealers. The original version of the annual farm bill would have forced agricultural equipment manufacturers to make repair and diagnostic information, as well as parts, available directly to customers.

The N.C. Farm Bureau voiced support for the idea, but tractor and farm equipment dealers descended on a Senate Agriculture, Energy and Environment Committee hearing to oppose the measure. They argued that it would open the door to potentially dangerous do-it-yourself modifications.

“Over 98% of all repairs can be completed by the owner,” says Matthew Liles of Southeast Farm Equipment in Laurinburg. “Even if you have the software, you have to know what to do with it.”

A representative of James River Equipment, an Ashland, Virginia.-based John Deere dealer with more than 20 locations across North Carolina, pointed out that the equipment it sells is carefully calibrated to comply with the federal Clean Air Act’s emissions rules and unauthorized modifications could raise environmental concerns. He added that the right-to-repair proposal would lead to unknown liability questions as equipment is resold.

The initial proposal didn’t require equipment makers to “divulge trade secrets, except as necessary to provide access to necessary repair materials or processes on fair and reasonable terms.” The bill also blocked farmers from deactivating safety mechanisms or changing settings needed to comply with emissions laws.

Those caveats didn’t change the minds of the equipment dealers. Bill sponsor Sen. Brent Jackson, a Sampson County Republican, concluded more studies and public hearings are needed before the law is changed.

“That way, we can go to the farmers where they live and breathe and work and see what we can do,” he says. Jackson owns a farming company in Sampson County that specializes in melons, sweet potatoes and other produce. He stressed that the right-to-repair proposal is “nothing personal to me for our operation.”

The final version of the farm bill — signed into law by Gov. Roy Cooper in July — tasks the legislature’s Agriculture and Forestry Awareness Study Commission with overseeing the review.

The commission will seek input from “farm-equipment manufacturers, independent repair providers and owners of farm equipment, the Department of Justice, and the Department of Agriculture and Consumer Services.” It will recommend legislation to be considered during next year’s long session. ■