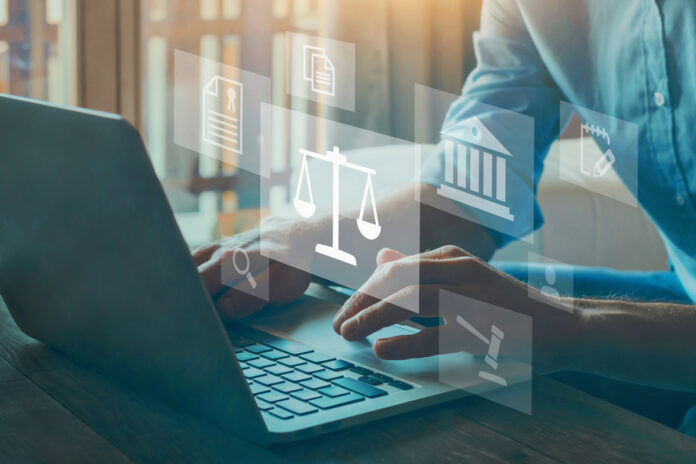 Brooks Pierce and other law firms step forward as demand for white-collar defense blossoms. (An earlier version of this story misstated Shana Fulton’s name and did not include Daniel Adams.)

North Carolina’s rising profile as a business center in recent decades has coincided with an increased number of legal controversies involving corporations and senior executives.

Meanwhile, federal law policing all sorts of business activities has expanded significantly in recent decades, creating greater demand for lawyers required to provide defense for businesspeople and other “white-collar” clients facing investigations by the Department of Justice along with myriad federal agencies.

Consider the Duke Energy coal-ash spills, which prompted grand jury subpoenas of unnamed utility company employees. The queries created under-the-radar work for many North Carolina lawyers. No employees were charged, though the company paid fines after negotiations with the government.

“There definitely is a greater interest in [white-collar] cases, and there’s been an uptick in prosecutions,” says Scott Harkey, a Winston-Salem lawyer who specializes in the field. He started his own firm last year after eight years at the North Carolina Conference of District Attorneys. He was a senior financial-crimes prosecutor who represented the state in dozens of major fraud cases.

The growth of white-collar defense work is an irony, says a veteran defense attorney in Charlotte, who asked to remain anonymous because of the confidentiality of his work. There was a time, not too long ago, when the state’s major law firms looked disapprovingly at lawyers who specialized in defending corporate executives and others accused of various misdeeds, he says.

Forward to 2022, and many of the biggest, most highly regarded Tar Heel law firms have tapped into white-collar defense practice. An early adopter was Greensboro’s Brooks Pierce, McLendon, Humphrey & Leonard law firm, which has made it a key emphasis, says Kearns Davis, who has worked there for more than 20 years over two stints.

Davis earned a bachelor’s at Davidson College, a master’s at Duke University and a UNC Chapel Hill law degree, then clerked with U.S. Appeals Court Judge Sam Ervin III. He joined the firm in 1996 when a big chunk of its clientele was traditional textile, furniture and other manufacturers. “That was the economic base of Greensboro,” he recalls. Now, he says, the region’s economy is poised to accelerate with expected expansions by Toyota Motor and Boom Supersonic.

Davis left the firm in 2003 to join the U.S. Attorney’s office four blocks down the street in downtown Greensboro. It was a difficult decision, he says, because he’d recently been named a partner. But like many people in that era, the 9/11 tragedy spurred a desire to enter public service.

Four years later, he returned to Brooks Pierce, having gained insight and respect for the world of government prosecution. Senior leaders at the firm asked him to help start a white-collar defense practice, among the first for a large business-oriented firm in North Carolina, he says.

“Doing what would be my own baby was very enticing,” he says.

Fifteen years later, Brooks Pierce has about 110 lawyers including a dozen who are part of its white-collar defense group. They work in Greensboro, Raleigh and Wilmington and have a wide range of experiences. Examples include:

“I’m very proud of what we’ve done here with a terrific group of lawyers who have practiced both here in North Carolina and those who have worked in large cities and come back here,” Davis says.

In August 2020, Hayes was sentenced to a year’s probation and a $9,500 fine. He faced up to six months of prison. Former President Donald Trump pardoned him last year.

“We were able to get a very positive outcome for him,” Davis says.

Separately, Davis represented former Wake Forest University women’s volleyball coach William Ferguson, who was charged in 2019 in connection with his involvement in the college admission scheme led by William “Rick” Singer. Last October, the U.S. Attorney in Boston agreed to dismiss all charges against Ferguson — the only defendant in the Varsity Blues case to achieve that result.

“We can’t get into particulars of the case, but we were able to persuade the U.S. Attorney that our case was different, so our outcome was different,” Davis says.

Such high-profile cases attract lots of media attention, but they represent a small fraction of the work for most white-collar defense lawyers. The best outcome in almost every instance is to settle matters or avoid charges, thereby keeping the client out of the public eye.

While both cases attracted lots of media attention, the good news is that “what’s happening outside doesn’t change what is happening in the courtroom,” Davis says. “It’s the place where the lawyers, parties to the case and the court are focused on the facts, law and arguments that we have to make to try to get the best outcomes for our clients.”

The type of white-collar defense work in demand shifts with the political tides. Barack Obama’s administration put an emphasis on health care fraud amid the expansion of Medicaid through the Affordable Care Act. The Biden Administration
has signaled an interest in cracking down on a wide range  of white-collar crime, with a national emphasis on cases involving fraudulent activity related to Paycheck Protection
Program payouts.

Harkey says he’s been equally impressed by Davis’ efforts with the N.C. Bar Association, where the two have served on committees together. Davis was the group’s president in 2016-17.

“I’ve seen him having an impact beyond representing his clients and showing that it’s not just about him,” says Harkey. “He’s been extraordinarily selfless in trying to help improve
our profession.”

While gaining some public notice, Davis repeats the mantra of many of his peers in the white-collar defense specialty: “Our best work is the work that nobody ever knows about.” ■

Other North Carolina law firms have added veteran prosecutors and white-collar defense attorneys in the past year. These are three examples:

K&L Gates
Bobby Higdon, a former U.S. Attorney for the Eastern District of North Carolina, joined in 2021. Nate Huff, a former prosecutor in that office, joined earlier this year. Both are in the firm’s Morrisville office.

Womble Bond Dickinson
James Quander joined the firm’s Winston-Salem office as an of counsel lawyer. He previously led his own firm and has been involved in more than 50 jury trials in the last five years.

McGuireWoods
Jonathan Ellis joined the firm’s complex commercial litigation department in Raleigh after serving as assistant to the U.S. Solicitor General from 2017-21. He is among five former Department of Justice lawyers who have joined the firm since 2020.