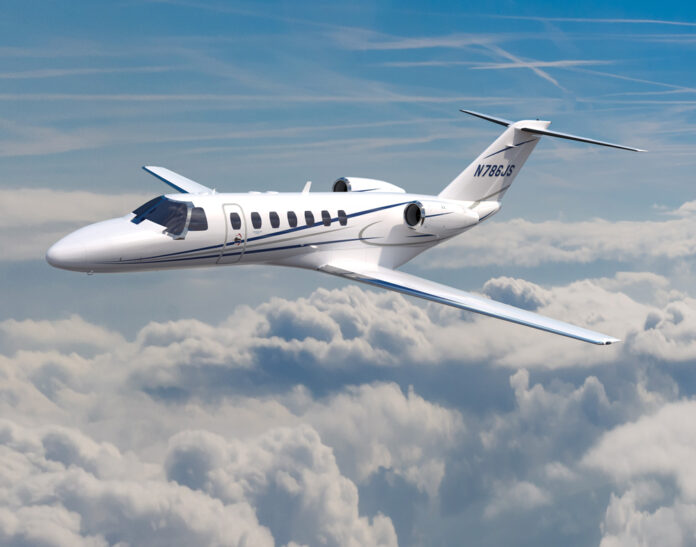 Several thousand feet below the approach of a flyExclusive jet into Kinston Regional Jetport, Lenoir County sprawls with farms and forests in one of the state’s least robust areas economically. This, concedes President Tommy Sowers, is an unlikely site to attract former managers at the likes of Delta Air Lines, Spirit Airlines and NetJets, the leader in the business of selling shares of aircraft for use by businesses and wealthy individuals.

“But we can offer what companies based in large towns can’t,” says Sowers, who joined the company in July 2021 and has recruited executives from those companies.

The London School of Economics graduate is a former Army Green Beret major. He held senior positions in the U.S. Department of Veterans Affairs, taught at Duke University and ran unsuccessfully for a Missouri congressional seat in 2009.

“I tell them if you want to be an anonymous business executive, you’ve got the rest of the world. [In Kinston], you can walk into Lowe’s and people stop you and say, ‘Hey, my cousin works there!’ That’s usually my closing pitch.” 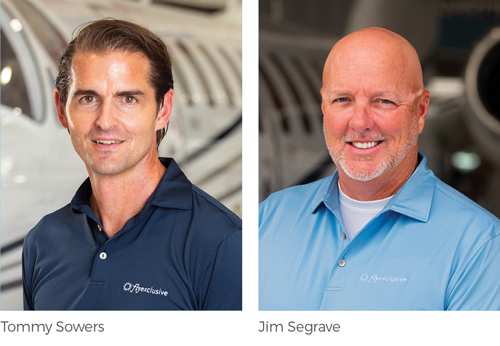 CEO Jim Segrave formed flyExclusive in 2015, five years after he sold a similar charter-jet service to Delta Air Lines for an undisclosed amount.

In October, the Kinston company said it will go public in early 2023 through a combination with a special purpose acquisition company led by New York investor Gregg Hymowitz of EnTrust Global. Segrave will be CEO of the company, which is expected to be valued at $600 million and trade on the New York Stock Exchange.

The plans come amid turmoil at the company and in the private-jet travel industry. On Dec. 16, flyExclusive cut 50 jobs “to insure the long-term health and success of the company,” Sower said in a staff email. Operations, maintenance and HR units were affected.

Rival JetSuite of Dallas filed for bankruptcy protection in 2020. New York-based Wheels Up Experience, which went public by merging with a special-purpose company, has lost more than $350 million over the last three years. Its shares have slumped from $10 to about $1 since its IPO.

Sowers and Segrave say they can defy the odds. FlyExclusive flew about 43,000 hours in 2021, 75% more than a year earlier and the fastest growth rate of the industry’s four largest companies. The market leader is Berkshire Hathaway’s NetJets, which flew about 470,000 hours.

Over the last two years, flyExclusive’s jet fleet increased from 60 aircraft to about 90, and it is poised to expand after ordering 30 new Cessna Citations in April, for $330 million. They are the first new jets purchased by the company, which like most peers relies on used aircraft. Delivery will occur over five years, Sowers says.

Sales are expected to exceed $360 million in 2022 and $530 million this year, with pre-tax operating earnings of $52 million and $63.7 million, respectively, according to flyExclusive.

Demand for charter jet service has grown as affluent people prefer to avoid crowded commercial airports. Meanwhile, the number of used jets for sale is at a record low, which has boosted their value, according to New York investment bank Jeffries Financial Group.

That demand has also prompted flyExclusive’s parent company, LGM Enterprises, to expand its jet-refurbishing business, Jetstream Aviation, which was formed three years ago. About 100 employees were hired in mid-2022 as Jetstream expanded into maintenance of the electronic systems that keep today’s planes in the air.

Overall, Segrave’s businesses employ 750 workers, including more than 500 in North Carolina. Many are part-timers. A 15-member software development team has been organized in the Triangle area. In early October, flyExclusive opened its fourth hangar in Kinston as it plans to handle 80% of its maintenance in-house.

“People put off a lot of travel during the pandemic, and now they want to do it, with minimum trouble and delays, and they want to do it safely,” Sowers says. “We’ve got the highest safety rating in the industry, we own our aircraft and they’re flown by our pilots. If I’m flying loved ones across the country at 500 miles per hour and 43,000 feet, I want to know who’s in the cockpit.” ■