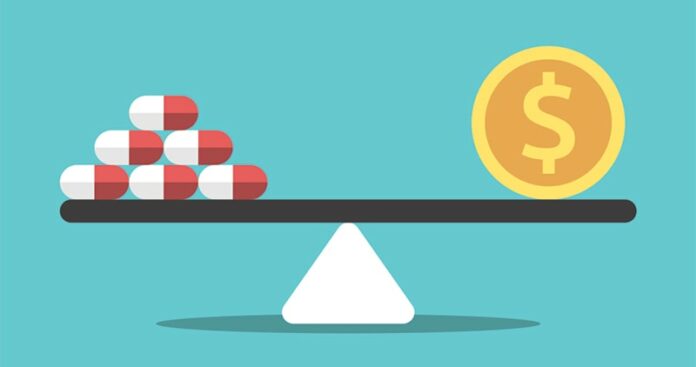 North Carolina’s hospitals are combining in a hurry with billions of dollars and extravagant promises flying around.

A major reset of North Carolina’s hospital industry is occurring at a blistering pace, reflecting a consolidation that is putting greater control in the hands of fewer, bigger organizations. The trend has affected the state’s smaller cities for at least a decade, but now it’s accelerating with institutions in the bigger markets. Health systems that rank among the largest employers in Asheville, Charlotte, Greensboro, Winston-Salem and Wilmington, affecting more than 150,000 N.C. workers, are in the mix.

“I call it the Walmart effect,” says state Rep. Donny Lambeth, a Winston-Salem Republican and former executive at Wake Forest Baptist Medical Center. “The big hospitals in North Carolina have gone after the smaller ones for years. But quite frankly, I think they looked around and said, ‘We still need to get bigger to leverage our operations.’”

How the different combinations are being structured varies widely, however. Here are the four distinct models:

Outright takeover. HCA Healthcare, the biggest U.S. hospital operator, paid $1.5 billion in February 2019 to buy Asheville-based Mission Health, a not-for-profit authority with dominant control over hospital services in western North Carolina. Most of the proceeds were funnelled into a new $1 billion community foundation, the Dogwood Health Trust, which pledges to improve health care services throughout the region. HCA is a Nashville, Tenn.-based public company known for efficiency. Its efforts to rein in costs sparked the system’s 1,800 nurses to affiliate with a union after a September election.

Outright takeover, after a bidding war. Novant Health, the state’s second-biggest health care system, outbid Atrium Health and others in September to take over New Hanover Regional Medical Center, the county-owned hospital in Wilmington. Pending regulatory approval, Novant is pledging about $5 billion in upfront payment and long-term capital investments. A $1 billion community foundation affiliated with New Hanover County is likely to emerge, boosting programs for traditionally underserved communities. Novant also promised Wilmington representation on its main board and formed a pact with the UNC School of Medicine.

But there’s a catch: Sentara owns Optima Health Plan, a $2 billion health insurance company that is expected to expand in North Carolina to compete with Blue Cross Blue Shield, UnitedHealthcare and other insurers. It’s a potential opportunity for Cone to add jobs and revenue apart from traditional hospital services, Akin says.

A friendly takeover with starry potential. Charlotte-based Atrium Health and Winston-Salem-based Wake Forest Baptist Health agreed to a combination in early October, 18 months after announcing a preliminary agreement. The institutions have combined revenue of $11.5 billion. Promises include a medical tower and eye institute at the Winston-Salem location, a Wake Forest University Medical School campus in Charlotte, an opportunity for the region to become a “Silicon Valley” of health care entrepreneurship and improved medical services for rural North Carolinians.

The combined systems will make Wake Forest one of the state’s biggest educators of physicians and other medical professionals. Atrium CEO Gene Woods pledged a “new era of health care … [and] a nationally leading environment for clinicians, scientists, investors and visionaries to collaborate on breakthrough technologies and cures.”

Like Cone Health’s deal, few financial details have been disclosed. Wake Forest Baptist and the university do not appear to be getting cash upfront from Atrium, which is a much larger, more profitable institution. CEO Woods and board chairman Ed Brown will lead the combined organization.

Lack of compensation scuttled Atrium’s previous attempt to forge a similar partnership with UNC Health in 2017. The two systems’ boards had agreed to marry the powerful Triangle and Charlotte institutions, promising to train more physicians and nurses, boost their national reputations and improve rural health care.

As the deal neared completion, however, former UNC Board of Governors Chair Harry Smith, State Treasurer Dale Folwell and others asked for a valuation of UNC Health. They also questioned why Atrium wasn’t paying a significant premium since its executives would lead the organization.

The answers: Consultants appraised the state-controlled UNC Health’s enterprise value at more than $6 billion, and Atrium and UNC leaders believed enormous benefits from a combination made a rich financial outlay unnecessary.

The answers didn’t impress the state officials. The transaction was called off in March 2018, prompting Atrium to take another path. Wake Forest is a private organization, so state leaders have no voice in the latest transaction. Still, Folwell criticizes the combination, which he contends will spark higher medical costs and lead to job cuts in Winston-Salem.

“It doesn’t look like they drove as hard of a bargain as they could have,” Lambeth says. “Wake brings a whole lot to the table because of its national reputation, which is something that Atrium has wanted for a long time.”

He predicts the Charlotte system may push to elevate Wake Forest’s reputation to become on par with national powerhouses Mayo Clinic or Johns Hopkins. But Wake Forest Baptist has reported mediocre operating results in recent years. As an independent organization with no other obvious merger partner, it may have lacked the financial strength to make significant advances.

North Carolina ranked as the second-highest state for medical costs in a July study by market-research news group
WalletHub, ahead of only Alaska. The state needs more competition, Folwell says.

“Everyone realizes the cost of health care is ridiculously high,” Lambeth says. “Rates will have to stabilize and go down. [Hospitals] know that things have to become more efficient.”

Novant CEO Carl Armato accepts that challenge, noting that his system is one of the most affordable in the state “because of our predictive capability.” That refers to a science that identifies patients likely to develop certain diseases. Early prevention can lead to cost-effective intervention, he says.

“We see real opportunities for cost savings on the clinical variations side,” he says. ■