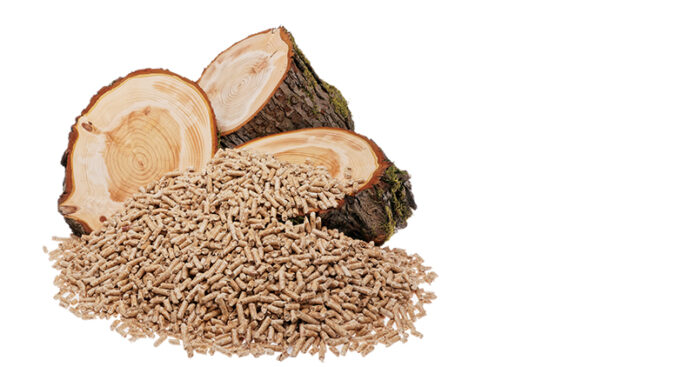 Enviva touts benefits of biomass for rural N.C. Not all are on board.

This flat plain of ankle-tangling branches and stumps, remnants of a clear-cut forest in Northampton County near the Virginia state line, is not the stuff of postcards. It’s better described as a clear picture of a looming environmental issue.

Enviva Partners LP is the world’s largest producer of biomass, or wood pellets mostly exported to warm homes and generate electricity in much of Europe and elsewhere. It says this North Carolina forest gave its life to produce clean, sustainable energy and advance environmental justice.

Enviva’s operational headquarters is in Raleigh, and North Carolina is home to four of the 10 pellet plants it operates in the southeast U.S. It says it has invested $675 million in the state and supports 1,800 jobs. About 500 are full-time workers, mostly in rural areas with high unemployment and low wages. Several plants are near former paper mills.

Another biomass company, the U.K.-based Active Energy Group, has delayed a $50 million Robeson County plant after residents complained to state regulators about its impact.

Tar Heels are about to hear more about Enviva, which is punching back after years of being stung by negative publicity.“We’re trying to educate the public on what we have always committed to, which is responsible wood sourcing practices, climate benefits of woody biomass, and doing right by the communities where we operate,” spokesperson Jacob Westfall says. The company’s plan includes extensive advertising in N.C. media.

To critics such as Asheville-based Dogwood Alliance, the N.C. Coastal Federation and the national Rachel Carson Council, this clear-cut forest demonstrates how the process decimates Carolina woodlands and damages nearby communities. “Enviva is good at a couple of things,” says Erin Carey, coastal programs director of the North Carolina Sierra Club. “Cutting trees and greenwashing their image.” Donna Chavis, a member of Friends of the Earth environmental group, and other environmental advocates demanded at a summer rally in Raleigh that the state cancel plans to provide as much as $1.6 million in job incentive payments to Enviva. “Incentivizing this industry is absolute folly,” Carey says.

A spokesperson for Gov. Roy Cooper did not return calls for comment. But Enviva has received bipartisan support from top state leaders since announcing its N.C. plans nearly a decade ago. Democratic Gov. Beverly Perdue initially welcomed the company. Successors Pat McCrory, a Republican, and now Democratic Cooper have christened new plants and heaped praise on the company. Enviva cites examples, too, of local politicians coming to its defense.

In Northampton County, Enviva’s second N.C. plant near Roanoke Rapids opened in 2013. It can produce as much as 750,000 tons of pellets per year. Franklin Williams Jr., the county’s director of economic development, recently took a national news net-work to task for portraying Enviva as “marginalizing” the county’s majority Black population to provide green energy for Europe.

“The company is well respected” in Northampton and has boosted the economic status of residents, Williams says. The state monitors its emissions and gives it a clean bill of health, he adds. Enviva says Census Bureau statistics show Northampton families below the poverty level have decreased by 15% since the company’s arrival.

Enviva is a new player in North Carolina’s historic forestry products industry. An early explorer wrote that a squirrel could walk from coast to mountains without touching the ground. In the 1700s and 1800s, the state’s tar and turpentine industries dominated worldwide production. In the Piedmont, abundant hardwoods fueled a leading global furniture industry.

An N.C. State University study says the state has 18 million acres of forest, mostly privately owned, and, contrary to common opinion, it’s expanding rather than shrinking. At last count, forest products were worth nearly $19 billion a year.

However, harvesting trees is invariably messy, whether clear or selectively cut, and frequently provokes outcries from environmental groups. Enviva insists it makes its products from otherwise useless scrub trees, limbs and other debris from traditional lumbering and wood by-products from other industries. The company buys raw materials from private owners and requires them to replant cut-over acreage.

In a statement to Business North Carolina, Enviva says that waste converted to biomass fuel “has been recognized and continues to be supported by the United Nations Intergovernmental Panel on Climate Change,” as a source of low-carbon power, and that energy from wood bioenergy “when produced sustainably, is well established and remains unchanged.”

Though the company backs up such claims with data, gaining wholehearted support remains a challenge. The Biden administration, like that of Cooper in North Carolina, has declined to issue clear statements of support for biomass, as it does with solar and wind energies. North Carolina’s clean-environment plan, which excludes biomass, was created during Michael Regan’s tenure leading the N.C. Department of Environmental Quality. Regan now directs the U.S. Environmental Protection Agency.

Enviva responds that the state requires it to test all emissions points, that its pellets are 100% plant matter with no chemicals, and that its visible emissions are mainly harmless steam.

Major state and national environmental organizations dispute Enviva’s methodology showing that biomass can help ease climate change. “Cutting trees, making pellets, shipping them across the ocean and burning them in Europe seems like a terrible way to fight climate change,” says Carey of the Sierra Club. Replacing a 50-year-old tree with a tiny seedling is hardly carbon-neutral, she notes.

Enviva says critics such as Carey are misinformed and unqualified to judge the company’s arguments. Such disputes are buried in research details, but Enviva is also zeroing in on the more volatile topic of social justice. Forest land often lies in the state’s most economically distressed counties with only about 2% owned by minorities. The pellet business provides a market for their otherwise waste or scrap wood, Westfall says. “Our goal is to help the landowner make money off their land while retaining ownership.”

Enviva has worked with the national Sustainable Forestry and Land Retention Program since 2015. “We help [landowners] manage their property and have long-term wealth creation.”

Environmental debate aside, investors are warming up to Enviva. Shares of the company traded at a record high in mid-August, putting its market value at about $2.3 billion. It has had a total return of about 120% over the last three years, boosted by a dividend recently yielding about 6%. The company’s main owners are private-equity group Riverstone Investment Group and hedge-fund investor Jeffrey Ubben’s Inclusive Capital Partners. The two New York groups controlled nearly half of Enviva’s shares, according to a February filing.

More pellet plants are in the offing, officials say, along with expansion of Enviva’s terminals at the Port of Wilmington and other sites. ■