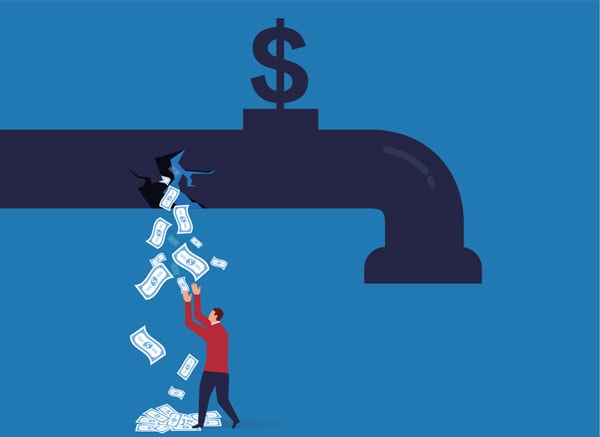 Six years after it was announced and more than $4 billion was invested, the 600-mile Atlantic Coast Pipeline was cancelled in early July, ending dreams of proponents who said its natural gas delivery would bolster the economic prospects of eastern North Carolina.

Environmental groups and activists including former Vice President Al Gore and the Rev. William Barber hailed the decision by utility giants Duke Energy and Dominion Energy as a victory for alternative energy and a greener future. Project opponents credited the cancellation to increasing public hostility toward the effects of fossil fuels on climate change amid increasing wildfires, rising sea levels and higher average temperatures.

Duke officials and business groups said environmental activism and continued legal challenges make it difficult for U.S. companies to build infrastructure projects, even in underserved areas. They say the result is likely to be more expensive — and potentially less reliable — energy. It was a stunning rebuke of Duke and Richmond, Va.-based Dominion, which The Washington Post called its state’s “most powerful corporation.”

The decision was an obvious blow for eastern North Carolina’s ability to attract new businesses, says Christopher Chung, CEO of the Economic Development Partnership of North Carolina. The pipeline was expected to deliver natural gas from northeast U.S. wells to areas of Virginia and North Carolina lacking service. Nearly one-third of the 600-mile pipeline would have run through eight N.C. counties, many of which have lost population and jobs over the last decade.

Chung says his team routinely struggles to convince businesses looking for expansion sites to consider the eastern region. “The ACP would have allowed more industrial parks in the region to offer natural gas service where it is now prohibitively out of reach.”

N.C. Chamber CEO Gary Salamido blamed the decision on an “activist environmental legal strategy [that] is hurting working people. Businesses and the people who work for them want a clean environment as much as anyone.”

But Michael Regan, secretary of the N.C. Department of Environmental Quality and an appointee of Gov. Roy Cooper, praised the decision. “Now, we should focus on clean energy solutions that protect the environment and all North Carolinians, while creating thousands of jobs and boosting economies statewide.”

The decision was a financial hit for the utilities, which had forecasted the project would ultimately cost $8 billion, double original estimates. Dominion Energy lost 11% of its market value in the week following the decision. It had a 53% ownership in the ACP, with the balance controlled by Duke and subsidiary Piedmont Natural Gas.

Duke expects to write down its investment by as much as $2.5 billion in the second quarter. It marks another difficult chapter for CEO Lynn Good, who is battling to force N.C. customers to pay part of the $8 billion or more costs of coal-ash removal, following a large 2014 Dan River spill.

Asked about eastern North Carolina’s prospects, Duke spokesman Neil Nissan noted: “The lack of additional natural gas infrastructure in the region hinders the ability of existing businesses to grow and is an impediment to new businesses locating in the region. We believe eastern North Carolina deserves the same opportunities for job growth and economic development as the rest of the state.”

In September, Duke will file an “Integrated Resource Plan” to provide multiple approaches to offer “clean, reliable [and] affordable” energy over the next few decades after working with state leaders, customers and others, Nissan says. ■