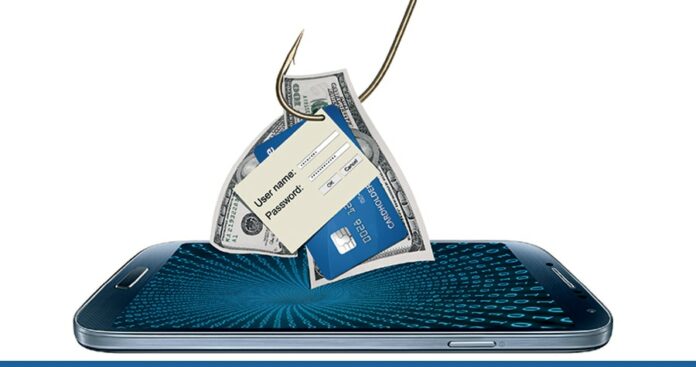 A prosecutor-turned-author says elder fraud is an emerging problem as Baby Boomers reach their golden years.

It was a call no grandmother desires: Her heart dropped as the man on the phone explained her grandson was in jail and he needed money for bail and to pay his fines. She did what any good Nana would, driving to the nearest ATM on Raleigh’s Six Forks Road and following the caller’s instructions to help her grandson. Using new technology that allows customers to access automated teller machines with a wave of their smartphone, she deposited $10,000 in accounts with personal IDs that he dictated.

Except, her grandson wasn’t in jail.

It’s one of the many common scams targeted at the 65-plus crowd, among telephone, internet, sweepstakes, Social Security and home-repair fraud, according to N.C. Attorney General Josh Stein. The average financial loss for these scams is $700.

“Compared to a few years ago, we’re doing much better [at preventing elder fraud],” says David Kirkman, former special deputy attorney general and head of the N.C. Department of Justice’s Consumer Protection Division. Retired since 2017, he credits new laws in the last half-dozen years that allow Tar Heel banks and other financial institutions to report to local law enforcement agencies when the elderly are victimized and for the attorney general’s office to maintain a database of cases and scammers in order to investigate senior fraud.

The earlier law, which took effect in January 2014, had an even larger impact, unleashing a flood of elder-fraud reports after granting immunity from civil lawsuits and other actions against credit unions, banks and other financial institutions that report them.

Another factor, Kirkman says, is that the laws no longer require prosecutors to show the victim was disabled. “You don’t have to prove the person had Alzheimer’s, vascular dementia or some other disability, only that they’re over 65,” he says. “That has made prosecution a lot easier.”

Nevertheless, in his new book Elder Fraud Wars, Kirkman describes a battlefield on which criminals like the ATM scammers continue their race to thwart the state’s efforts to protect its older citizens.

Kirkman, a 30-year veteran of consumer-protection law, says crimes against the aged are particularly thorny to crack and prosecute. Victims, he says, are often reluctant to report them out of embarrassment at their gullibility and fear that their adult children will pressure them to surrender financial responsibilities or other independence, such as driving.

“The family might not want it to get out in the community, what happened to Mom and Dad,” he says.

As the state’s over-65 population grows, says Kirkman, so does the threat of Alzheimer’s. Citing studies by Chicago-based Rush Alzheimer’s Disease Center, he says one casualty of aging, even before Alzheimer’s is diagnosed, is the inability to spot dishonesty. 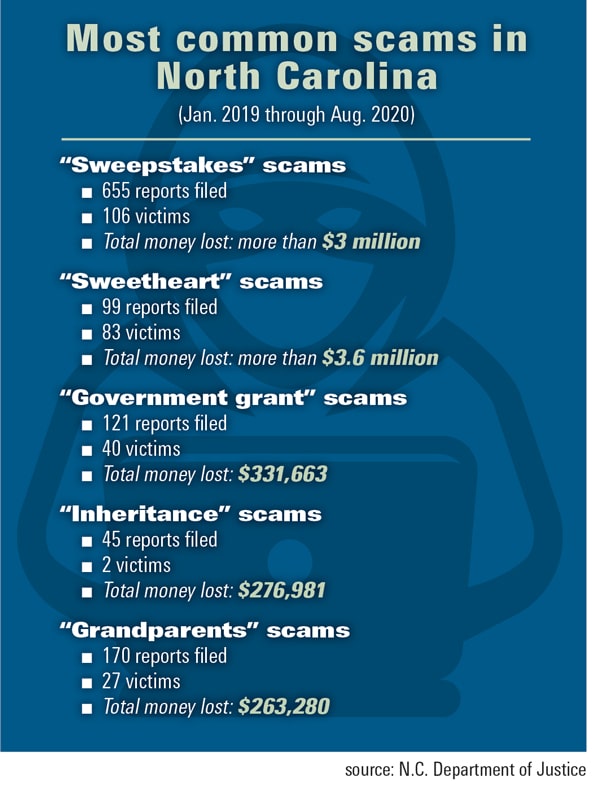 Rush researchers attribute that to physical changes in aging brains. The N.C. Office of State Management and Budget projects the state’s over-65 population will soar from 1.6 million to 2.6 million in the next two decades, the fastest-growing segment. Within that group, the most rapid growth will be in the 74 to 84 range.

“By age 74, about 24% of the population has early stages of the disease, and by age 84, that jumps to 50%,” Kirkman says. “In researching my book, we found repeat victims who’d lost hundreds of thousands of dollars. We’d hear, ‘The doctor said Mom was fine,’ but a few years later, she’d be diagnosed with Alzheimer’s. Time and time again we ran across that scenario. People develop reduced scam awareness.”

Kirkman also zeros in on elder-fraud stereotypes. One is that such crimes mainly target lower-income victims — driveway paving, roofing, home repair and other scams. Increasingly, criminals rely on sophisticated psychological profiles of their victims, often compiled through the victims’ own social-media postings. In fact, the biggest dollar hits usually come from well-to-do widows and widowers, sometimes former executives.
They have been able to accrue savings, trusts and other investments and might be particularly vulnerable to what Stein calls sweetheart frauds, in which suitors, operating on senior dating and social-media sites, prey on loneliness and isolation. “People in that age group often worry about, ‘Will I ever find anyone again, at my age?’’’ Kirkman says.

The best way to avoid scams? Common sense: You don’t get something for nothing, you don’t “win” sweepstakes you haven’t entered, and there are no Nigerian princes reaching out to you for large sums of money.
Still, Kirkman sees signs that his 30 years in consumer protection bear fruit.

At age 66, when he goes to his Chapel Hill bank to withdraw a large sum, he gets grilled on what he’s doing by well-meaning bankers keeping an eye out for fraud victims.

“I might say, ‘Well, I’m painting my house’ or whatever,” he says. “They do seem to be looking out for people a lot better. And I always tell them I appreciate them asking.” ■