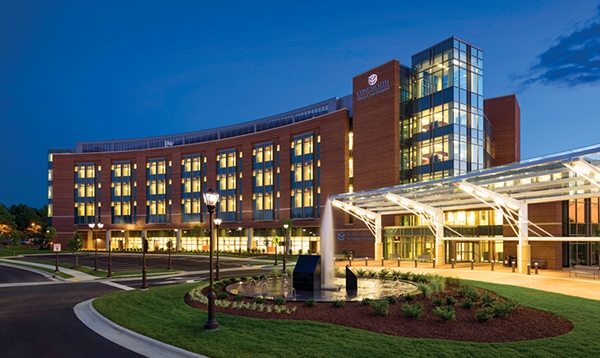 Nearly 70 years after an inheritance from the Cone textile family provided capital for a 310-bed hospital in Greensboro, the Gate City’s dominant health care system plans to merge with a Virginia hospital and insurance group.

Since Moses H. Cone Memorial Hospital opened in 1953, it has ranked among the state’s most innovative providers. It opened the first intensive-care unit in the early 1960s and opened the initial free-standing hospital for women in 1990. It merged with the much older Wesley Long Hospital in 1997.

In early August, Cone Health’s 12-member board agreed to merge the system with Norfolk, Va.-based Sentara Healthcare in a transaction requiring federal and state regulatory approval.

Cone picked Sentara as the best option because of its commitment to high-quality, affordable health care; similar culture; and expanding insurance subsidiary, says CEO Terry Akin, who is slated to remain Cone’s leader.

“We didn’t take the ‘sell to the highest bidder’ approach,” he says. “We took the ‘let’s serve our community the best’ approach.” Cone serves a five-county area, though it is best known for its Greensboro operation.

No financial details were released by Cone or Sentara, though hospital leaders said Cone won’t be receiving a large infusion of cash.

Kern told the Norfolk Virginian-Pilot newspaper that “If either one of us could have bought out the other, that would have just depleted resources … that could have just resulted in debt or in financing.”

Winston-Salem-based Novant Health is expected to take control of New Hanover Regional Medical Center next year after a national auction process. Final approvals are pending from local officials and regulators. Novant has pledged about $2 billion to go to New Hanover County, the hospital’s owner, while agreeing to invest $2.5 billion in capital projects over many years.

Cone’s board spent about 18 months privately considering potential governance changes. Public input was largely limited to the system’s board.

Akin says the two organizations have “a strong shared philosophy that we have to partner with people and not just treat them when they are sick. That is far and away the most cost-effective approach. It’s in the DNA of both organizations.”

Sentara’s Optima Health expects to expand significantly in North Carolina, Akin says. “Cone Health is among the highest-quality health care organizations in the nation, and we are financially strong. With the right partner, we can build on what we’ve created and do even more for those we are privileged to serve.”

Charlotte-based Atrium Health had a management services agreement with Cone since 2012 that ended in January. Akin was an Atrium employee under that arrangement.

Atrium is creating a partnership with Winston-Salem-based Wake Forest Baptist Health, which competes in the Triad with Cone. Wake Forest University, which is affiliated with Wake Forest Baptist, is expanding its medical school in Charlotte in a pending arrangement with Atrium.