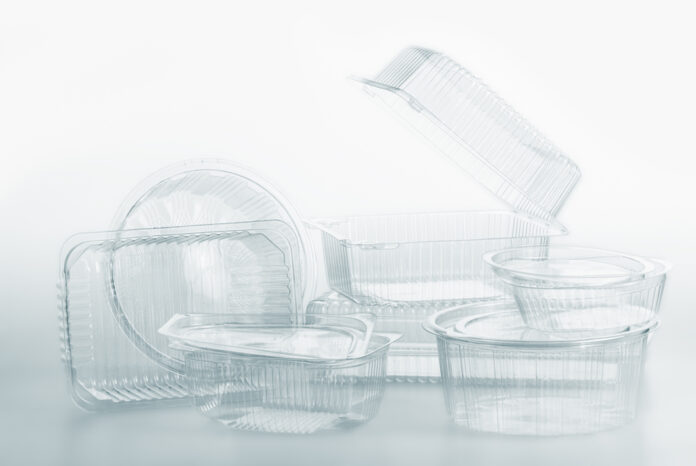 Efforts to ban takeout containers and other chemical-based packaging divides environmentalists and retailers.

The Swannanoa River originates in eastern Buncombe County, meanders through Black Mountain and joins the French Broad River in Asheville, not far from the city’s popular art galleries and beer gardens. The river is a sliver of the beauty and natural resources of western North Carolina that attracts people from all over the world.

But the gorgeous rivers and streams across the mountainous region hold distressing secrets that are at the bottom of a heated debate.

“Learning they’re polluted by petrochemicals and microplastics is not what people want to hear,” says Anna Alsobrook, watershed coordinator for MountainTrue, a coalition of environmental groups that was formed in 2015.

The western N.C. coalition proposes a ban on single-use plastic bags and throw-away containers that contain what environmentalists call forever chemicals. Many are carcinogens and or substances otherwise linked to childhood asthma, and nervous- and reproductive-system harm and other ailments.

“We have the water samples to prove it,” says Alsobrook.  “A pollutant that’s harmful to human health and the environment has been documented here.” She contends the city and county have a legal duty to protect their residents.

This time, the proposal frames the bags and containers as a solid-waste issue, which supporters argue local governments have the power to regulate directly.

The 25,000-member N.C. Retail Merchants Association is pushing back by lobbying local officials, with aid from representatives of the Fox Rothschild law firm. The association, whose members sell 75% of the state’s groceries, sundries and other goods, believes a wave of local initiatives such as the Asheville proposal would hurt consumers and businesses, says Andy Ellen, the group’s president.

“The Supreme Court of North Carolina has said, it’s not a good thing to regulate commerce on a local level,” he says. “It creates a balkanization of our state, where you have different rules depending on which locality you’re in to operate business and commerce.”

The ban on plastic bags in the delicate Outer Banks barrier island was favored by the late Marc Basnight, a Manteo Democrat who was Senate President Pro Tem from 1993 to 2010.  Basnight and supporters argued plastic trash was jeopardizing tourism at the islands, and harming its wildlife, such as leatherback sea turtles.

That ban produced strange bedfellows. Supporters included the Outer Banks Chamber of Commerce, which argued that the plan would protect the island’s beauty and create jobs. Polls indicated most merchants supported the ban.

MountainTrue supporters say their proposed ban is receiving similar reaction from merchants and residents. “This really is the wave of the future and the people of Asheville want to be part of it,” Alsobrook says.

Microplastic and other forever chemicals leach into water from landfills, roadside litter and other sources, says Susannah Knox, a senior attorney with the Charlottesville, Va.-based Southern Environmental Law Center.

Ellen says the eastern and western N.C. environmentalists took different approaches. “The ban that was in place [in the Outer Banks] from 2009 until 2017 was creative and tried to get around exactly what Asheville is trying to do.” While not naming specific islands and towns, it stipulated covered areas had to contain a wildlife refuge, have 200 or more residents, and be bounded on the east by the Atlantic and west by a coastal sound.

That meant only stores in portions of Dare, Hyde and Currituck counties, including from Nags Head to Duck, were covered. ”They couldn’t say that, because it would have been unconstitutional localizing,” says Ellen.

In 2017, the Republican-controlled General Assembly ditched the ban, several years after the GOP took control from Democrats.

“About 300 governments in eight states have passed these laws, and the business communities have gotten on board,” Alsobrook says.  Ellen and other proponents say they’re barking up the wrong tree.

“They point to Virginia, South Carolina, New York or whatever that are home-rule states where localities have tremendous power,” he says. “North Carolina is what’s called a Dillon Rule state, where all authority comes from the legislature. It has the power to give and take away.”

Under Asheville’s proposed ban, he adds, the hundreds of localities in the state could also outlaw virtually anything deemed solid waste and undesirable from a health or other standpoint. That might mean wood, household shingles or other goods.

“Merchants already recycle tons of plastics and cardboard, and they’d rather you as a consumer come in with your reusable bag,” he says.  “But right now, when all-time inflation is at its highest, this is not the time to put this on the merchant’s back.’

While the MountainTrue effort has found some support among some Asheville politicians, action appears unlikely anytime soon. The progressive-leaning city council in mid-October directed city staff to schedule meetings with stakeholders, study the issue and issue a recommendation by October 2023.

Alsobrook calls the situation a “quagmire of bureaucracy.” But she says proponents of cleaner streams won’t stop pressing the issue.” ■