The CEO of the NC Chamber, the state’s major business promotion organization, slammed the efforts by opponents of the Atlantic Coast Pipeline to prompt Duke Energy and Dominion Energy to cancel the $8 billion project, calling it a devastating decision for a region that has lagged in economic growth.

“Make no mistake, the developers didn’t pull the plug on the Atlantic Coast Pipeline project,” he said. “The opponents of fossil fuels did, with the aid of their well-funded, highly coordinated, national-in-scope legal machinery.” 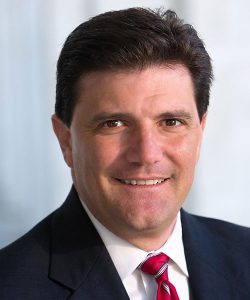 Salamido cited permitting delays, legal challenges, court decisions and increased litigation risks for prompting the two giant utilities to fold the project after investing $3.4 billion. The pipeline was supposed to deliver natural gas from New York and Pennsylvania to Virginia and eastern North Carolina regions that don’t have such service. Its initial projected cost of $4.5 billion to $5 billion in 2014 has ballooned to about $8 billion because of delays and higher expenses.

Environmental activists praised the utilities’ decision and urged them to invest more in renewable energy sources. They also have complained that the pipeline would cause too much harm to natural areas including crossing the Appalachian Trail.

Gov. Roy Cooper and Michael Regan, secretary of the N.C. Department of Environmental Quality, said the move would help the state advance its clean-energy agenda.

But Salamido said, “It is devastating. …. A handful of environmental groups with an extreme agenda and unlimited novel legal theories has canceled jobs and economic opportunity for real North Carolinians. Their mission is to stop the deployment of fossil fuel, and they have rewritten decades of legal and regulatory precedent to do it.”

Natural gas is lower cost and environmentally superior to other forms of energy, he said.

“North Carolina’s energy and economic future depends upon a balanced, all-of-the-above energy development strategy and yesterday’s news about the Atlantic Coast Pipeline shows that some environmentalists and courts only want to take options off the table,” Salamido said. “Meanwhile, eastern North Carolina waits.”

Also, U.S. Energy Secretary Dan Brouillette said the decision by builders to cancel the construction of the Atlantic Coast Pipeline is “disappointing” but “economically rational.”

He called it a “a lost opportunity because of the number of jobs that would have been created in places like West Virginia, Pennsylvania, Ohio, Virginia and North Carolina,” Brouillette told Fox Business News.