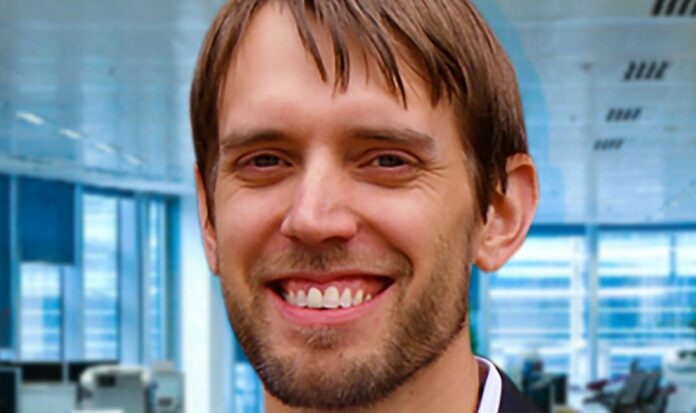 CHARLES KAUFFMAN: TECHNOLOGIST OF THE YEAR

Charles Kauffman’s journey to recognition as a computing leader began as a kid in Reston, Va., where he played with an IBM PCjr. Now he is vice president of software engineering for Charlotte-based ImagineSoftware, which offers technology solutions for hospitals, medical practices and medical billing offices, serving more than 15,000 physicians.

Kauffman, 37, manages the company’s engineering department, leading the team responsible for products that help automate health care management and billing. He went to Virginia Tech to study computer science and soon grew interested in ways to use coding to solve business issues. He earned his bachelor’s degree in management, science and information technology in 2001, and then did contract work for his parents’ software company, which was later sold.

He tried to find a tech job in Charlotte after graduating, but “it was a tough job market at the time,” he says. “I did what I could to get to Charlotte. It was the area my girlfriend — now wife — and I had picked as where we wanted to move.”

He found a temporary job in Charlotte as an administrative assistant and later worked for a tape manufacturing company. Then he found a job posting for Technology Partners Inc., which does business as ImagineSoftware. “I’ve been here for 12 years.”

When he started in 2004, the company founded four years earlier by CEO Sam Khashman was just releasing its first commercial products and only had a few clients. Since then, it has placed on Inc. 5000’s list of the country’s fastest-growing companies for five consecutive years. The 2016 list ranked it 3,582th, with three-year growth of 87% and $16.5 million in revenue.

“The way we’ve grown, really, is by keeping our ear on the street and listening to our customers,” Kauffman says. “So we really put a lot of focus on paying attention to our clients, and making sure we’re flexible and make any adjustments to meet our clients’ needs.”