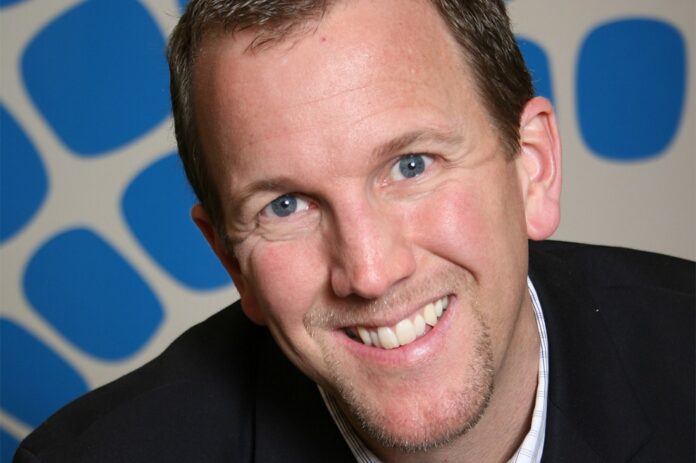 BRENDAN MORRISSEY: INNOVATOR OF THE YEAR

The tech and teamwork skills Brendan Morrissey honed in high school and college became building blocks that have helped make him one of North Carolina’s most successful tech executives. In 2009, Morrissey and three partners founded Netsertive to create digital marketing tools that increase the online visibility of local businesses and their brands, with a goal of attracting more customers. For example, the company develops digital programs that help automaker Mazda and its brick-and-mortar franchisees attract potential car buyers, who increasingly shop on the internet. Its “brand to local” marketing technology focuses on automotive, home goods, health care and technology industries, with clients including mattress maker Serta and electronics maker Sony.

Netsertive was self-funded for its first 18 months before receiving $4.5 million in equity financing from venture capital firms RRE Ventures and Greycroft Partners in 2010. Last year, Morrissey led the company in a successful $24 million financing round that included the initial investors, plus Charlotte-based Babson Capital Management (now Barings LLC) and River Cities Capital Funds. It now has 250 employees and recently added another 22,000 square feet to its offices at Morrisville’s Perimeter Park to accommodate growth. Revenues have gained 400% over the last three years.

Morrissey’s interest in technology dates to his days as an Amesbury, Mass., high-school student learning to code. Later, as a student at the University of Massachusetts in Amherst studying economics, he grew interested in ways technology could be used to solve business problems. That interest launched a tech-driven career that included stops at Nextel Communications and GoldPocket Wireless, which was acquired by Motricity in 2007.

The latter acquisition brought Morrissey east from Los Angeles, where he’d spent most of his time since graduating in 1991. He planned to stay in North Carolina only a year, he says, but quickly embraced the area’s vibrant, “tech-centric” nature. His wife also suggested they stay, sealing the deal.

Morrissey, 47, credits his Netsertive team for the company’s success. “You don’t get to achieve any of these things without an incredible team,” he says. And then he repeats a mantra ingrained in him as a varsity rower in college: “A boat will only travel as fast as its weakest oarsman will go,” he says. “Everybody has to be in perfect synchronicity.”