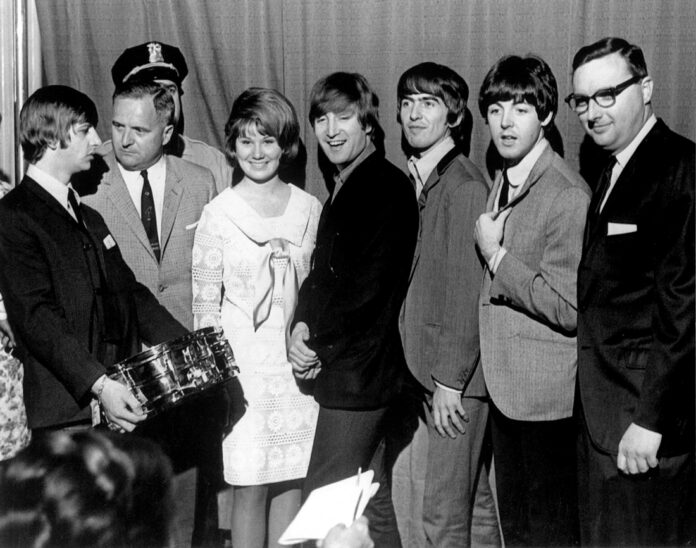 Seven years ago, before Anderson Hall became plant supervisor, he stepped into Ludwig Drums in Monroe for a job interview, expecting to see robots producing the legendary instruments. He couldn’t imagine they were handcrafted and finished by men and women, some with more than 30 years of experience at the business.

The Ludwig brand was made famous when the Beatles hopped on The Ed Sullivan Show stage in 1964 with its emblem plastered above the band’s name on Ringo Starr’s bass drum. The drum kit’s finish — Black Oyster — is still the company’s most popular option.

Ludwig’s offices and manufacturing are in Monroe, a few miles off U.S. 74. Its parent company, Indiana-based Conn-Selmer, moved the operation from Chicago to Monroe in 1984 partly because of North Carolina’s skilled workforce in the furniture and woodworking industries, says Ulysses Salazar, Ludwig’s manager of marketing and artist relations.

“They understood the Carolinas to be quite thriving in furniture making and wood manufacturing,” Salazar says. “[Monroe] positioned us in close proximity to the suppliers.”

Ludwig Drums dates back to 1909, when William Ludwig and his brother, Theobald, started Ludwig & Ludwig Drum Co. in Chicago. William invented the bass drum pedal that made it possible for musicians to play multiple drums at the same time. Theobald died during the 1918 Spanish flu pandemic, but William continued to build the business, selling it and the Ludwig trademark in 1930 to C.G. Conn. He opened another company and gained the Ludwig name back in 1955, after C.G. Conn discontinued its drum business. In 1981, the business was sold to the Selmer Co., now Conn-Selmer, after a merger with C.G. Conn in 2002.

The 105,000-square-foot plant is spread over four buildings including a woodshop, shipping department, raw components storage and offices. Hall oversees the production of 160 instruments a day by about 50 employees. In the workshop, six employees use table saws, hand sanders and computer-controlled routers to craft the products.

About 10% of plant workers are nearing retirement. A handful of employees have been with the company for more than 30 years. Hall says drum-making is no easy task, and the techniques require years of hands-on workmanship to acquire.
“One might think someone with decent woodworking and/or carpentry skills could build a guitar, drum or violin, etc.,” he says. “That’s simply not the case. It takes an understanding of how the raw materials respond to the manufacturing processes, as well as the elements.”

It’s difficult to find prospective workers with the craftsmanship skills needed for the job, so Hall trains them for two to three months, depending on the position. He likes to hire drummers because they understand the idea of tonality — the even, rich, full sound wanted from the drum.

“The main thing I look for is someone who is adaptable and trainable,” he says. “What I try to drive home is that there’s an individual out there who has been saving their money for six months. This is their dream kit. We want to make sure that anything we send them is of the highest quality and caliber in terms of tonality.”

A North Carolina supplier sources cherry, mahogany, maple and oak from various locations. Thin wood veneers are from North Carolina, and hardware is sourced internationally. Products are shipped on a daily basis: custom pieces to dealers for customer pickup and stock items for stores such as Guitar Center and Indiana-based online retailer Sweetwater.

The company’s product portfolio includes several hundred items with options for type and dimension of drums, finishes and hardware. Ludwig’s custom professional drum sets start at $999 and max out at $6,000. Custom orders are placed through the customer’s local dealer. Each order takes four to eight weeks to fill. Big name clients include Ringo Starr, Alex Van Halen, Ahmir “Questlove” Thompson of The Roots, Weezer’s Patrick Wilson, and Meg White of The White Stripes. “Our core customer is a guy who’s saved up,” Hall says. “He’s spec’d out what drum kit he wants. We begin building it on receipt of the order.”

Overall percussion retail sales nationwide have declined in the last five years, according to Statista. In 2006, sales were $519 million, and in 2019, $374 million. Ludwig sales are split 60% for custom drum sets and 40% for educational and concert settings, such as marching drums, timpani and kestrel drums. Ludwig has seen an increase in its school business as federal funding for the arts increased under the Elementary and Secondary Education Act of 2015, Salazar says.
“We added a whole new drum line,” Hall says. “We released something called the Ultimate Marching Percussion. It’s a revamp of band percussion products.”

“Ludwig is unique because we’ve had a few products that have had a shelf life of several decades without really needing to do much to it,” Salazar says. “The finish Vintage Black Oyster was the color Ringo played in 1964 when The Beatles exploded onto the scene. That color is still our number one color finish — 56 years later. It’s pretty bonkers.”

The material in Ludwig’s Supraphonic snare drum is a trade secret. The original, the Super Ludwig, was introduced in the 1960 catalog. It’s the longest-selling snare drum on the market and recognized as the most recorded drum in history, Salazar says. The secret formula includes a proprietary aluminum alloy that undergoes a proprietary forming process.

“It’s obviously evolved over the years, but all the improvements we’ve done to it have been to improve upon the integrity of the drum and the consistency and also be able to help production,” Salazar says. “We’re able to make more a lot more quickly now through some of these new processes that we’ve integrated.”

Beginner and intermediate drums are not handcrafted and are manufactured in China with a lower $199 to $799 price tag. International sales are through a distributor and the parent company, Conn-Selmer.

Many Ludwig employees were furloughed during the coronavirus pandemic, and the company operated with a skeleton crew to handle orders from online dealers. Salazar expects sales to increase as more brick-and-mortar businesses reopen.
He’s only too aware that Ludwig’s products are centered around groups of people getting together — whether it’s a concert or a small gathering of friends. But he hopes that even when people are separated, they will make music. “There is opportunity for the art of music to continue to go and be created,” Salazar says. “Music is what gets us through the tough times.” ■