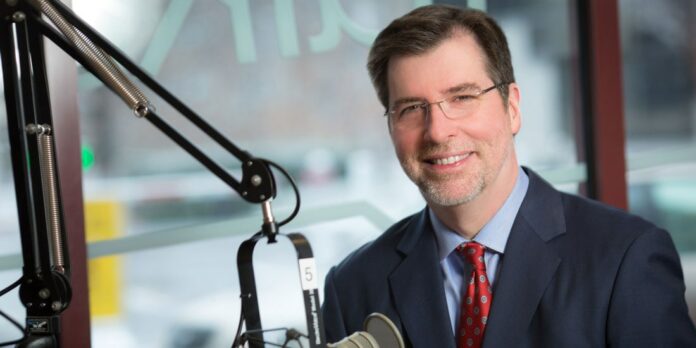 If the periodic phonathon fundraisers at Charlotte’s WFAE radio station sound a little less frenzied these days, there’s a good reason: The nonprofit broadcaster’s fortunes are surging. The station’s audience is expanding quickly, contributions and corporate backing are on the rise and its newsroom is beefing up just as some commercial media outlets are cutting back. Station executives predict heady growth over the next five years, with potential double-digit annual revenue increases and a more robust news operation. “We’re not done yet,” says Joe O’Connor, who joined as president in 2015.

Public radio’s impact is accelerating as listeners seek out more in-depth news reports, both locally and nationally, without partisan tilts of many commercial news-talk stations, says Mike Janssen, digital editor for Current, a trade publication for public media. National Public Radio hit an all-time broadcast listenership high of about 37.7 million last year, according to the Nielsen market-research firm. Including its digital offerings, NPR reached 99 million people a month as of October, the Washington-based media company says.

Since 2011, WFAE’s annual revenue has increased by about 50% to $6 million, including a 19% gain in the last year, its annual reports show. The pace has picked up since the hiring of O’Connor, who worked as an ABC News producer assisting stars Peter Jennings and Ted Koppel before moving into public radio. O’Connor succeeded Roger Sarow, who had led the station since 1988. By the end of this year, WFAE’s newsroom is slated to employ 21 people, up from two in 1988 and 14 when O’Connor arrived.

In the fiscal year ending June 30, WFAE’s listening audience reached 236,000, more than double the level two years earlier. It remains small compared with WUNC, the public-radio station operated by UNC Chapel Hill, whose audience gained 24% over those two years to 412,000. WUNC and its transmitter network touches 51 of North Carolina’s 100 counties, while WFAE reaches about 22 counties around Charlotte.

WFAE’s success isn’t limited to more listeners. Nearly 20,000 people each donated up to $1,000 to the station last year, a 20% increase from 2016. The number of donors who gave bigger sums rose 11%, while corporate underwriting jumped 23% to $2 million. Nearly 300 businesses bought sponsorships, to use public radio’s jargon. The federal government-supported Corporation for Public Broadcasting contributed about $309,000, or 5% of total revenue, the station’s annual tax filing shows.

WFAE has caught up with longtime AM talk-radio leader WBT, finishing neck-and-neck in the ratings over the last year, says Mark Washburn, a journalist who formerly covered the media industry for The Charlotte Observer. (He writes a bimonthly column for Business North Carolina.) Ninety-six-year-old WBT is owned by Bala Cynwyd, Pa. -based Entercom Communications, which operates 235 stations nationally, including 10 in Charlotte and the Triad.

While McClatchy Corp.’s Observer remains the region’s major news source, its revenue and print circulation have shrunk as readers have migrated to the web. Fewer than 50 journalists work at the Observer, down from a peak of about 250 in the mid-2000s. Former senior editors Mark Ethridge and Ed Williams are WFAE board members.

WFAE’s overall ratings show it has a 3.5% share of total Charlotte listeners on an average day, compared with an 8% local share at WUNC, which has one of the highest ratings among U.S. public-radio stations, Washburn says. WFDD, operated by Wake Forest University in Winston-Salem, has a 2% share, according to recent reports.

WFAE officials say they want to reflect Charlotte’s dynamic economy. “If you look at our revenue compared to our listener size, we could easily be one-and-a-half to two times the size we are now,” says Jean Zoutewelle, WFAE’s chief financial officer. That would be $10 million to $12 million annually.